Why THC Affects Everyone in Different Ways 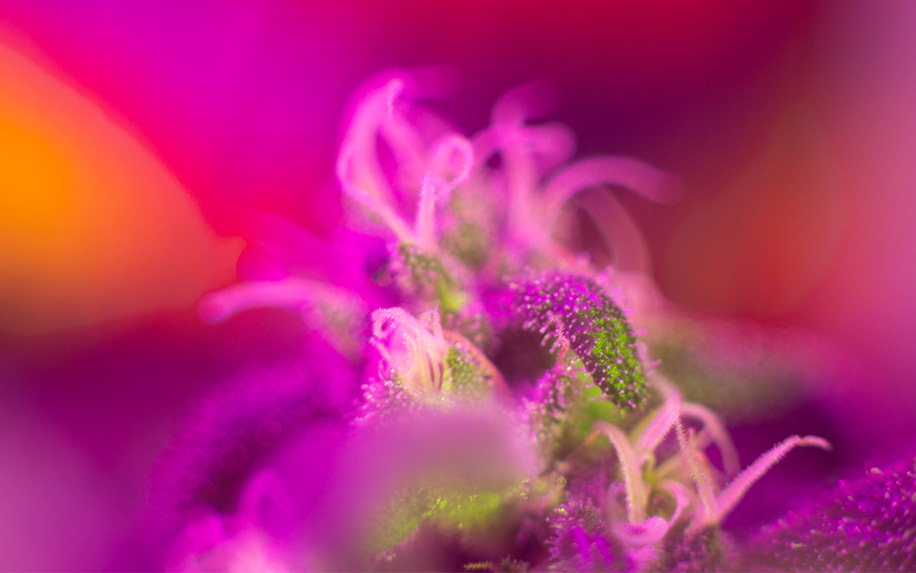 Different people react differently to marijuana — and specifically THC — which can be a problem when they’re using it, both recreationally and medicinally. Image Credit: By Mariya Chechulina on shutterstock.

We’ve all heard about THC, the main psychoactive compound found in cannabis. The list of THC’s benefits is long — it includes pain relief, nausea relief, appetite stimulation — it also has the potential to act as a replacement for common medications, like steroids and opioids, and is gaining more recognition as a legitimate treatment in the medical community by the minute.

But THC isn’t all sunshine and rainbows. In fact, you may have heard a few things about its many side effects, which can range anywhere from dry mouth and red eyes to paranoia, anxiety, heart palpitations, and toxic psychosis; depending on the individual and the dosage.

As a result, some people love the effects they get from THC and can tolerate it at high doses, while others experience negative side effects even at low doses. And unfortunately, it’s very difficult to predict how a person will respond to THC until after the fact.

What Is THC — and How Does it Affect the Brain?

The fact that THC can cause such rewarding effects in some and such aversive effects in others has stumped researchers for years. As Dr. Perry Solomon, a board-certified anesthesiologist and cannabis expert, explained to cannabisMD, “It has nothing to do with sex, age, weight, height, or any of the other parameters you might expect.” That said, there are a few studies and theories that help give us a better picture of this useful — but also mystifying! — cannabinoid.

Just this year, a new study on rodents made major strides in explaining how THC has such different effects on the brain. Published in Scientific Reports, the study identified highly specific regions that seem to control the rewarding properties of cannabis versus its negative side effects. Researchers observed that THC can create a highly rewarding effect in the front of the nucleus accumbens, a brain region known for controlling motivation, pleasure, and sleep. In contrast, THC produced highly adverse effects in the posterior area of the nucleus accumbens, including neuronal activities not all that unlike those observed in a person with schizophrenia. As the authors concluded: “Substantial evidence implicates the nucleus accumbens (NAc) as an important area for THC’s effects on cognitive and affective processing.”

So what determines whether THC activates the front or the posterior area of the nucleus accumbens? We still don’t know, but there are a few theories.

Why Does Everyone React So Differently to THC?

The THC compound found, which is found in the cannabis plant, actually mimics the behavior of another compound; one that’s produced naturally in the body, called anandamide. Anandamide is known as the “bliss molecule,” so will comes as no surprise to learn that consuming THC stimulates the dopamine system in the brain, which causes the euphoric feeling we often refer to as being “high” or “stoned,” and affects the hippocampus, the part of the brain in charge of memory processing.

Anandamide and THC both active the CB1 receptors, and it’s suspected that alterations in CB1 could explain the drastically different responses to THC among cannabis users. Scientists have already identified more than 10 genetic variations of the receptor (also known as CNR1) and mutations in CB1 have been connected to an increased risk for certain illnesses, like anorexia nervosa, according to a study published in 2004 by researchers at the Hebrew University Medical School, Jerusalem, Israel.

Knowing this, it’s not a stretch to think that a CB1 mutation could affect the way it binds to THC — and the exact psychological response that binding may produce.

Another theory has to do with mutations in the gene that codes for FAAH, an enzyme that’s responsible for breaking down endocannabinoids, including anandamide. Mutations in this gene have been linked to higher levels of alcoholism and drug addiction and its functioning has even been linked to chronic stress. As Martin Lee — journalist and author of the book “Smoke Signals” wrote: “Chronic stress upregulates FAAH, and more FAAH results in lower endocannabinoid levels. Conversely, less FAAH means more anandamide, and more anandamide means elevated cannabinoid receptor signaling.” This is clearly a complex system, and we don’t know for sure what the connection might be, but it’s a theory worth keeping an eye on.

Lastly, research has shown that one specific genetic variant in particular — a mutation in the CYP2C9 gene called the CYP2C9*3 polymorphism — appears to impact how THC is metabolized in the body. The results of one study, published in Clinical Pharmacology Therapeutics, tested this theory in 43 healthy volunteers. The results showed that CYP2C9*3 carriers demonstrated alterations in THC metabolism as well as a trend toward increased sedation following administration of THC. As the study’s authors concluded, “the CYP2C9*3 variant may influence both the therapeutic and adverse effects of THC.”

There’s a lot we still don’t know about THC’s effect on individuals, but what we do know is that the likelihood of negative side effects increase with dosage. As the authors of one study, published in Drug and Alcohol Dependence in 2017, wrote: “Our findings suggest that a low dose of THC produces subjective stress-relieving effects in line with those commonly reported among cannabis users, but that higher doses may non-specifically increase negative mood.” If you’re using cannabis medicinally, the best advice is to follow the age old adage “start low and go slow” to test your THC tolerance and reduce negative side effects as much as possible.