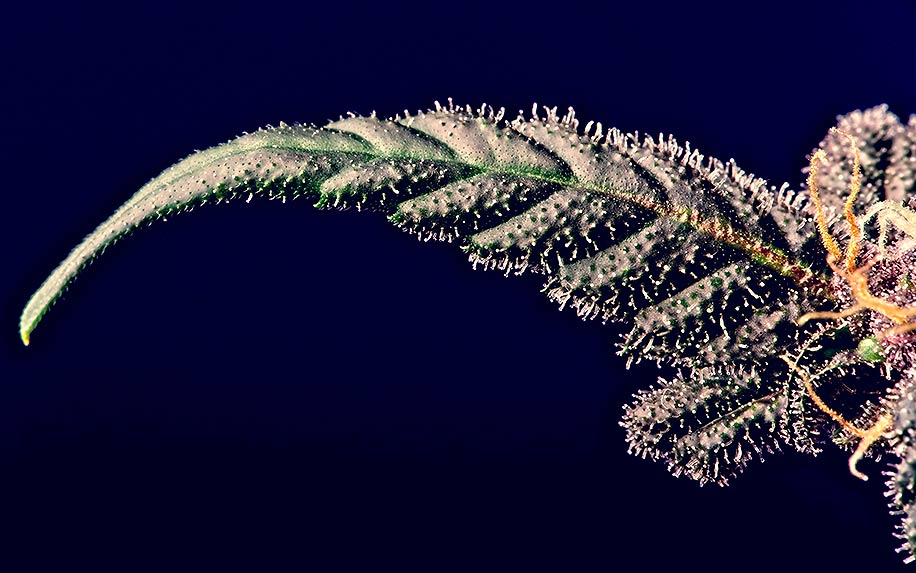 Americans have developed a serious taste for medical cannabis. According to research firm Statista, medical cannabis sales in the U.S. exceeded $5 billion in 2019, and that number isn’t expected to decrease any time soon.

But what’s behind our growing fascination with this long-demonized plant? Theories abound, but the data points to a relatively simple answer: a 2019 Gallup poll found that the top reason Americans were interested in cannabis is its ability to relieve pain (and the inflammation that often causes it).

Treating inflammation might seem like a mundane use for an “exotic” medicine like cannabis, but the early results seem to indicate it could be an effective one. Arthritis patients report cannabis significantly reduces their symptoms, and while studies into cannabis’ anti-inflammatory effects are limited, scientists have been encouraged enough by their findings to dig even deeper.

How Could Cannabis Help With Inflammation?

Cannabis’ ability to reduce inflammation depends largely on the way its key compounds — like THC and CBD — interact with the body’s endocannabinoid system, or ECS. When these compounds come into contact with the ECS’ CB1 and CB2 receptors, they help regulate a wide variety of bodily functions, including mood, appetite, and (most germane to the conversation at hand) the inflammatory response.

But what exactly is inflammation? According to Harvard Health, it’s your body’s natural response to illness or injury — when you suffer a cut or contract a virus, your immune system sends a SWAT team of cells to eliminate the problem and restore balance, or homeostasis.

Cannabis is a potent anti-inflammatory agent for several reasons, according to a 2009 study published in the journal Future Medicinal Chemistry. These include:

However, not all varieties of cannabis (known as “strains”) counteract inflammation equally. Some strains are better suited for fighting the issue due to their ratio of cannabinoids and varying terpene profiles.

With that in mind, here are six cannabis strains that are specially-suited for taming mild to severe inflammation.

ACDC is a hybrid strain with a high ratio of CBD to THC — 30:1. Because of this, ACDC has little-to-no intoxicating effects, though it does have many medical applications. This is due to its cannabinoid ratio, but also because of the terpenes at play—ACDC contains high levels of myrcene, pinene, and caryophyllene. These terpenes not only lend ACDC its herbal, earthy taste, but all three are proven anti-inflammatory agents.

ACDC, in fact, is a CBD-rich phenotype of Cannatonic, another highly sought-after pain-fighting strain. Cannatonic is a low THC, high CBD hybrid strain known for its mellow high with uplifting qualities. As for terpenes, it’s rich in pinene, myrcene, and caryophyllene, which give it an earthy taste and tip-top anti-inflammatory qualities.

Blueberry Diesel is a cross between Blueberry Kush and Sour Diesel, two strains that, on their own, offer some quality health benefits. Blueberry Kush is a common choice for insomniacs because of the indica’s ability to induce full-bodied relaxation while Sour Diesel has a potent uplifting effect that can help melt away stress, inflammation, and pain. As a result, Blueberry Diesel both kicks up your mood and relaxes your body, making it a good medical strain for patients who’d like to remain clear-headed. What’s more, this strain is delicious — with high-levels of the hoppy terpene humulene, citrus-y limonene, and the peppery, inflammatory-busting caryophyllene.

This 75/25 sativa-dominant strain is well-loved by pain sufferers due to its high levels of CBD. Its terpene profile is yet again myrcene and caryophyllene-dominant, meaning it counters inflammation while also helping users relax without feeling sedated. It’s a tasty strain, too, with hints of mango flavor that make it especially popular.

As one medical user commented on Leafly, “Harlequin has been nothing short of a miracle for my varied health problems. I was researching ways to heal my gastrointestinal inflammation and bleeding, which contributes to most of my other problems (allergies, hormonal imbalance, fatigue, exercise intolerance, etc) … S o, I got a strain of Harlequin that’s 15% CBD to 7% THC. Three hits gets me high, so I take two in the morning and two at night and I can function normally.”

Deathstar is an indica-dominant strain best suited for those medical users with a higher tolerance. At 19.5 percenbt THC, Deathstar can induce a stronger buzz than other strains on this list. That said, the buzz is characterized by a relaxed euphoria, and the terpene profile in this strain is useful for combatting pain and inflammation.

Charlotte’s Web is widely considered to be the mother of all non-intoxicating medical strains. Designed to help a little girl named Charlotte with her rare form of epilepsy, this strain is, obviously, good for seizures. But its high amounts of CBD and myrcene-dominant terpene profile also can help combat mild to moderate pain and inflammation.