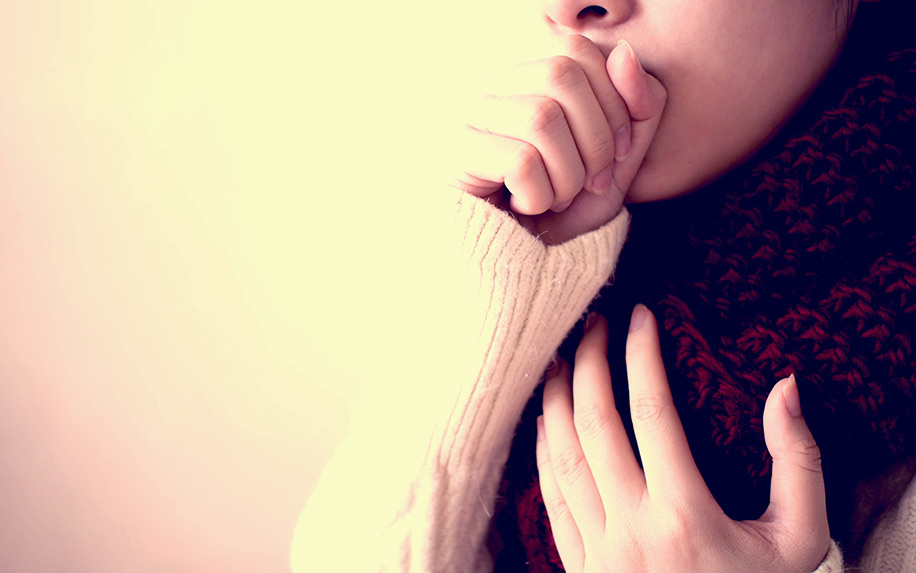 Every family has their own time-honored methods for dealing with the dreaded flu, from chicken soup and Sprite to herbal tea and essential oils. Typically, these “treatments” don’t make things worse — but they don’t always help as much as we’d like. That’s why a growing number of people are wondering if CBD (the versatile, non-intoxicating cannabis compound that’s taken the world by storm lately) might provide a more effective solution.

It’s not hard to see the appeal of this highly accessible over-the-counter (albeit expensive) remedy. But does it actually work?

What Is “the Flu,” Exactly?

Known in scientific circles as influenza, the flu is a highly contagious respiratory disease caused by viruses that infect the nose, throat, and sometimes the lungs. Most people recover in a few days to less than two weeks, but some will develop complications which can lead to hospitalization or even death. The Centers for Disease Control and Prevention (CDC) estimates the number of U.S. flu cases each year in the tens of millions, hospitalizations in the hundreds of thousands, and deaths in the tens of thousands.

The flu usually comes on suddenly, as opposed to colds, which come on gradually. People with the flu will have some or all of the following symptoms:

The chances of catching the flu gradually fall as people age, but older adults are at greater risk of life-threatening complications.

What Does the Research Say About CBD and Flu Symptoms?

CBD has been shown in animal studies to have immunosuppressive qualities — one of the reasons it’s believed by some researchers to be effective against inflammation and in the treatment of autoimmune diseases is due to its ability to induce cell death in immune cells. However, other studies have shown that it has an immune boosting function in some cases, and does things like increase white blood cell counts in immunodeficiency disorders such as HIV.

The picture grows even more complicated when we consider the theoretical role of the endocannabinoid system (ECS) in the immune system. Researchers believe CBD can “enhance” the ECS by interacting with cannabinoid receptors throughout the body — which could help the ECS regulate all bodily systems, including the immune system. The cell death that CBD induces in immune cells is also part of a properly functioning immune system.

But most people with the flu take CBD for its more tangible effects on pain and soreness, headaches, and nausea. While there aren’t any published clinical trials on CBD and pain, ongoing preclinical studies in animals show that CBD reduces pain and inflammation, and studies of CBD in humans provide evidence that it is well-tolerated and has few negative side effects.

“There are also observational studies that ask why people use CBD and if it’s effective, and results tend to be quite positive,” as Kevin Boehnke, Ph.D., a research investigator at Michigan Medicine Chronic Pain and Fatigue Research Center, told the Michigan Medicine blog. “People report using CBD for anxiety, pain, sleep — all things that go hand-in-hand with chronic pain.”

What about CBD’s effects on headaches? Though there have been no studies on pure CBD’s anti-headache effects, it has shown promise in the treatment of migraines, as detailed in a 2017 review in the journal Cannabis and Cannabinoid Research. In addition, its hypotensive effects in lowering blood pressure suggest it might have headache-calming effects.

When it comes to nausea and vomiting — some of the flu’s most common and least pleasant symptoms — CBD has also shown promise. A 2011 study in the British Journal of Pharmacology found that the cannabinoid could help regulate nausea and vomiting within a limited dose range.

What Are the Most Effective Ways to Take CBD?

The most effective CBD delivery methods vary on a case-to-case basis. If you have a cough, inhaled CBD may not be the way to go. If you have nausea, skip the oral route. If you feel like you’re never going to get over the flu, you may want to avoid CBD altogether — its not-totally-known effect on the immune system may usher in a relapse.

However, these immunosuppressive qualities could come in handy when battling a fever or runny nose. These are both immune responses to the flu virus.

There are also products made specifically for cold-and-flu symptoms, like CBD saline nasal sprays created for the express purpose of unblocking a nostril or two.

Are There Any Potential Downsides to Using CBD When You Have the Flu?

CBD’s action on the immune system hasn’t been studied sufficiently to this point, and its potential effects on the flu, where immunity figures in so heavily, are hard to predict.

Also, since there are still no federal regulations governing CBD, contaminated products are unfortunately common. Common contaminants include pesticides, heavy metals, and even organisms like salmonella — none of which are particularly helpful in getting over the flu.

With that in mind, if you’re interested in using a CBD product while you have the flu, make sure it’s been tested by an independent third-party laboratory. And before you fork over your money, ask your doctor about potential interactions with other medications — while CBD is generally recognized as safe by the World Health Organization (WHO) and other respected institutions, it’s best to play it safe.