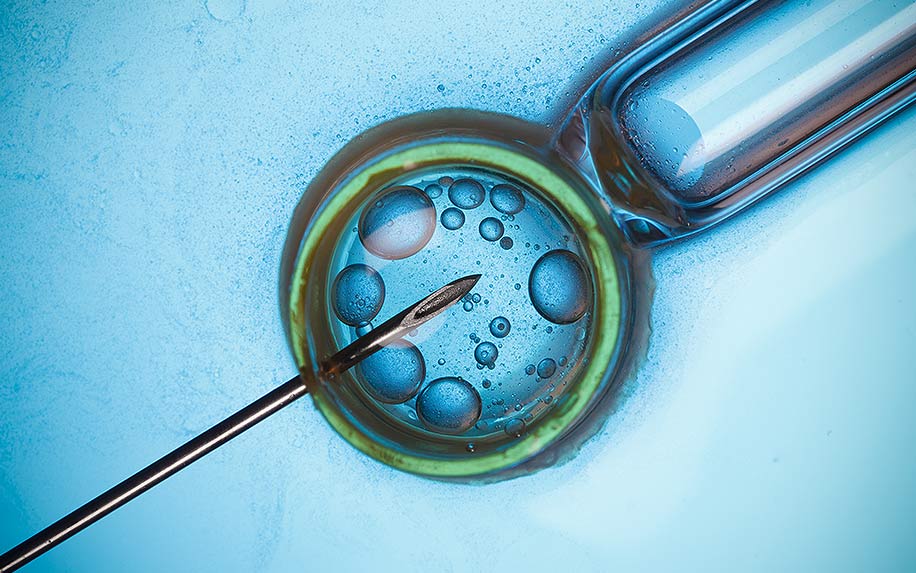 When it comes to cannabis and fertility, research shows consumption can both hurt and help couples conceive — leaving a lot of questions for cannabis consumers of child-bearing age.

A new piece published in the Canadian Medical Association Journal [CAMJ], which interprets the existing studies around fertility and cannabis, found that the psychoactive ingredient in cannabis tetrahydrocannabinol, commonly known as THC, may affect fertility negatively in both males and females.

The article cited several notable studies in the area, including one study that found cannabis consumption had decreased sperm count by 29 percent in “130 individuals who smoked marijuana more than once a week in the past three months.” On the female side, the authors cited a study in which, of the 201 women tested, 29 individuals who consumed cannabis in the last three months had shorter ovulation periods.

With this data in mind, the authors came to the conclusion that cannabis could exacerbate the chances of conceiving for those who have fertility issues to begin with. However, emphasis should be on the could. Scientists point out that this research is easier to conduct on men because researchers can test semen. With women, cannabis’ impact is even harder to gauge.

As foreboding as some of this research sounds, it should be emphasized that even the authors of the CAMJ article acknowledged the small sample sizes used in these studies highlight the need for further research. As well, further study should be done because much of the existing research relies on self-reportage of illegal substance use. Scientists say this can pose significant challenges, especially when subjects may underreport use for fear of legal ramifications or because they can’t remember the exact details.

There’s Still No Consensus on How Cannabis Affects Fertility

In addition, some scientists have found evidence that contradicts the conclusions of the CAMJ article.

For instance, one study from the Harvard T.H. Chan School of Public Health found that men who smoked marijuana at some point in their life had “significantly higher concentrations of sperm,” as compared to men who’d never smoked. Meanwhile, studies from both Stanford University and Boston University found there was no “statistically significant” link between cannabis and fertility whatsoever.

On the other hand, a 2018 study from the Duke University Medical Center found that cannabis exposure might not decrease sperm count, but it could alter the structure of the cells’ DNA by impacting two cellular pathways that are essential for normal development. However, according to the study’s lead author, “In terms of what it means for the developing child, we just don’t know.”

Other studies, though, have suggested that these changes are largely negative. The Ottawa Prenatal Prospective Study, which started tracking 200 children of cannabis users back in 1978, found that the children of cannabis users exhibited signs of inhibited prefrontal cortex function — such as reduced memory and concentration, increased hyperactivity, and “problematic behavior and delinquency.”

There’s also a troubling 2016 study from Yale researchers that found the “exogenous cannabinoids in marijuana may disrupt the delicate balance of the [endocannabinoid] ECS in the female reproductive system,” which could lead to “reduced fertility, ectopic pregnancy, and spontaneous abortion.” However, much like the authors of the CAMJ article, the Yale researchers were quick to point out that the small sample sizes — and the fact that the study was conducted on rats — made it impossible to draw firm conclusions about cannabis’ real impact on human fertility.

So where does this inconsistent data leave those trying to conceive? On both sides of the debate, most scientists urge individuals to approach cannabis with caution, and some even suggest to abstain from use when trying to get pregnant.

As the authors of the Canadian Medical Association Journal article, Dr. Sara Ilnitsky and Dr. Stan Van Uum, told Global News Canada, “Research suggesting the drug may delay or inhibit ovulation and lower sperm counts is limited and based on self-reported use of the drug that is taken at varying doses.”

Hence, the biggest takeaway from research around cannabis and fertility should be this: research results should be interpreted with caution, as they are inconsistent and highlight the need to further study the health effects of cannabis use overall.