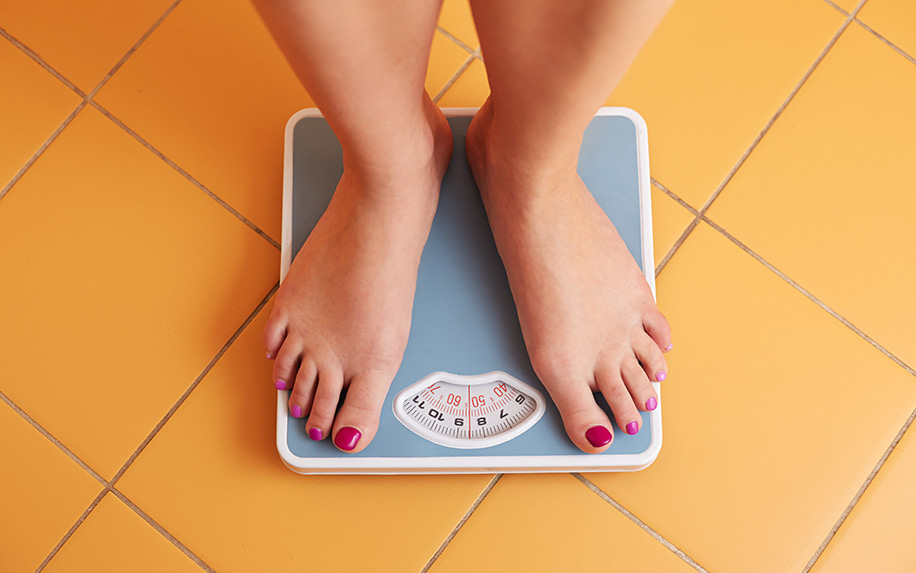 Researchers have concluded that CBD could be a “potentially promising therapeutic agent for the treatment of obesity.” Image Credit: By Rostislav_Sedlacek on shutterstock.

Does CBD help you lose weight? This question has sparked a heated debate among CBD’s proponents and those who consider it to be a modern version of snake oil. Both sides often point to scientific studies to bolster their arguments — but for the layperson, it can be hard to determine if this evidence really supports the claims that are being made.

How does CBD affect your appetite? Can it actually “burn fat,” whatever that means? Finding straight answers to these questions can be a challenge — luckily, we’ve done the research for you. If you’re wondering whether CBD can help you meet your weight loss goals, all you have to do is keep reading.

How CBD Affects Your Appetite

Because CBD is derived from the cannabis plant, many automatically assume that it will give you weight gain due to “the munchies,” a sudden increase in appetite often associated with cannabis use. However, this is false — that effect is caused not by CBD, but rather THC. Both of them are cannabinoids (naturally-occurring compounds found in the cannabis sativa family of plants) that interact with the body’s endocannabinoid system (ECS), but they work in very different ways to produce very different health benefits.

THC and CBD primarily interact with the body’s CB1 and CB2 receptors, respectively. By activating the CB1 receptors, THC produces psychoactive effects and stimulates your appetite. CBD’s interactions with CB2 receptors create a much different effect — not only is it non-psychoactive, but it also suppresses one’s appetite (without causing harmful side effects).

However, some unscrupulous marketers have inflated the claims of CBD’s potency as an appetite suppressant to hawk MIRACLE WEIGHT LOSS PILLS and other dietary supplements of dubious efficacy. While CBD has been shown to help regulate blood sugar and decrease the appetite of rats in clinical studies, it takes a very creative interpretation of the evidence to suggest that CBD can eliminate all your late-night junk food cravings.

Our bodies have several different kinds of fat, but they can be broken down into two broad groups: white fat and brown fat. White fat (or white adipose tissue, as scientists say) is generally regarded as the “bad kind of fat” because it slows down your body’s metabolism — which makes it even harder to get rid of — while brown fat (or brown adipose tissue) is considered “good fat” because of its ability to burn calories by converting bits of white fat into useful energy.

Studies show that CBD oil for weight loss works because of its key role in a process called “the browning process,” by which harmful white fats are converted into healthy white fats. For example, a 2016 study in the journal Molecular and Cellular Biochemistry showed that CBD can promote weight loss by turbocharging the browning process, leading researchers to conclude that CBD could be a “potentially promising therapeutic agent for the treatment of obesity.”

Turning harmful fats into helpful fats does seem like an unequivocal point in CBD’s favor when it comes to weight loss. With the obesity epidemic in America reaching record proportions — in 2016, the Centers for Disease Control and Prevention (CDC) estimated that nearly 40 percent of American adults were obese — it’s obvious that new solutions are needed urgently.

Still, while the early research into CBD oil’s fat-burning potential does appear highly encouraging, it’s still too early to say conclusively that it’s a silver bullet for weight loss. Taking CBD won’t likely make you gain weight, but for now, any claims about its miraculous weight loss benefits should be taken with a grain of salt.