Melatonin vs. CBD: Which Is Better for Sleep? 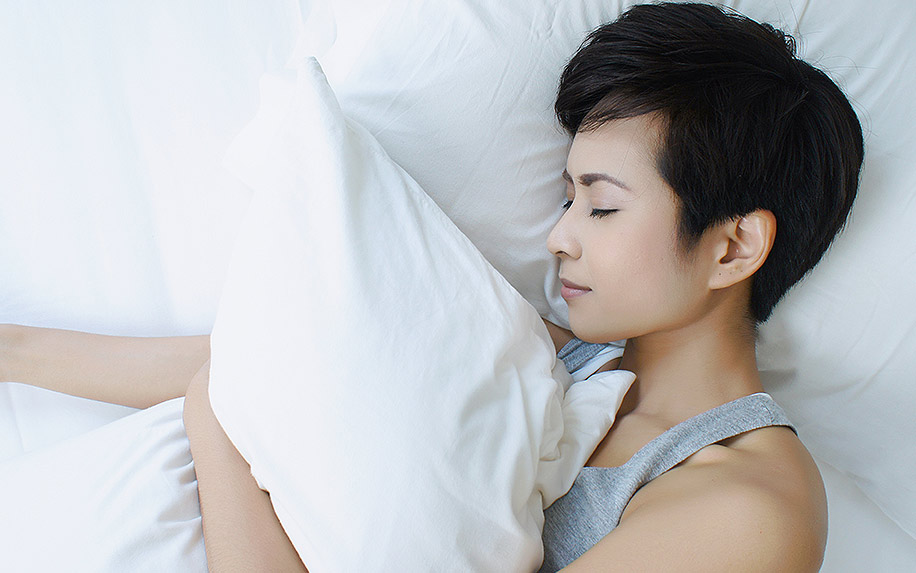 Most of us know the feeling of waking up in the middle of the night and not being able to fall back asleep. You probably have an early day tomorrow, it’s suddenly too hot in your bedroom, the pillow somehow feels more uncomfortable than it did a few hours ago. Or maybe you’re someone who has trouble falling asleep to begin with — whether it’s the occasional bad night or full-blown insomnia — or can’t seem to stay awake during the day.

The causes of having trouble falling asleep or staying awake vary, from taking antidepressants and being overstimulated before bed (yes, that can mean scrolling through Instagram) to sleep disorders. A Consumer Reports survey of more than 4,000 U.S. adults found 27 percent of people had trouble falling or staying asleep. And according to the Institute of Medicine, as many as 50 to 70 million Americans suffer from a chronic sleep disorder.

Getting enough sleep is crucial to good health. For adults, that’s considered to be about seven to nine hours a night, according to the National Sleep Foundation. Sleep heals our bodies, helps brain functioning, and contributes to our general well-being. Poor sleep quality is associated with an increased risk of high blood pressure, high blood sugar, kidney and heart disease, and other health issues, as detailed in a report by the Division of Sleep Medicine at Harvard Medical School.

If you’re someone who needs help nodding off, there’s an almost overwhelming number of natural, over-the-counter, and prescription sleep aids. One of the most common is melatonin. A National Health Interview Survey published in 2012 found 3 million adults in the U.S. used melatonin to help with sleep. But with growing recognition of cannabis’s potential as a health aid, CBD also looks promising as a natural alternative to prescription sleep aids, which often have unpleasant side effects.

How Melatonin May Affect Sleep

Melatonin is naturally occurring in the body. It’s a hormone produced by the pineal gland, which is inactive during the day and comes alive at night. When melatonin is released into the blood, it makes us feel sleepy. The idea behind taking synthetic melatonin is that it gives you control over the sleep-wake cycle. It’s most commonly used to recover from jet lag or shift work, and it’s become incredibly popular in recent years — in 2017, Americans spent over $400 million on melatonin, according to the Nutrition Business Journal.

Anecdotally, melatonin is known to help decrease the time it takes to fall asleep, and even to help with insomnia, but reviews of scientific studies show inconclusive results as to whether melatonin is effective. Either way, melatonin takes time to start working — meaning it’s likely not something you’d reach for in the middle of the night. The National Sleep Foundation recommends taking melatonin about 30-60 minutes before bed. It’s also worth noting there are concerns about melatonin use in children and adolescents, and that its long-term safety remains to be determined. According to the Mayo Clinic, supplements containing melatonin have been known to interfere with a number of prescription drugs, including immunosuppressants, anticoagulants, and diabetes medications.

How CBD May Affect Sleep

Just as with melatonin, the science on CBD for sleep is still in its infancy. But it’s been documented that cannabinoids interact with CB1 receptors in areas of the brain responsible for regulating the sleep-wake cycle, according to a 2014 study published in the Journal of Clinical Pharmacy and Therapeutics — and a few promising studies show CBD could be an effective sleep and wakefulness aid, depending on what’s preventing you from nodding off or staying up.

One much-cited study published in the Journal of Pharmapsychology in 2013 found CBD increased sleep time in rats. In 1981, Brazilian researchers writing in the Journal of Clinical Pharmacology showed that in higher doses, CBD could work as a sedative by increasing sleep time and quality. And in 2019, scientists tested CBD as a treatment for complaints of anxiety and/or poor sleep in adults. Nearly 70 percent of participants in the study, which was published in The Permanente Journal, experienced improved sleep in the first month, while nearly 80 percent of participants with anxiety felt a decrease in symptoms. If it’s pain or nausea that’s preventing you from falling asleep, CBD could help relieve those symptoms as well.

On the other side of the spectrum, CBD may combat daytime sleepiness. A 2006 study in FEBS Letters showed small doses of CBD increased wakefulness in rats. If you’re looking for immediate sleep help, CBD tinctures or vape oils are the better choice, whereas CBD in edible form takes longer to kick in. It’s unclear whether CBD is safe to take long-term.