How Cannabis Massage Could Help With Chronic Pain 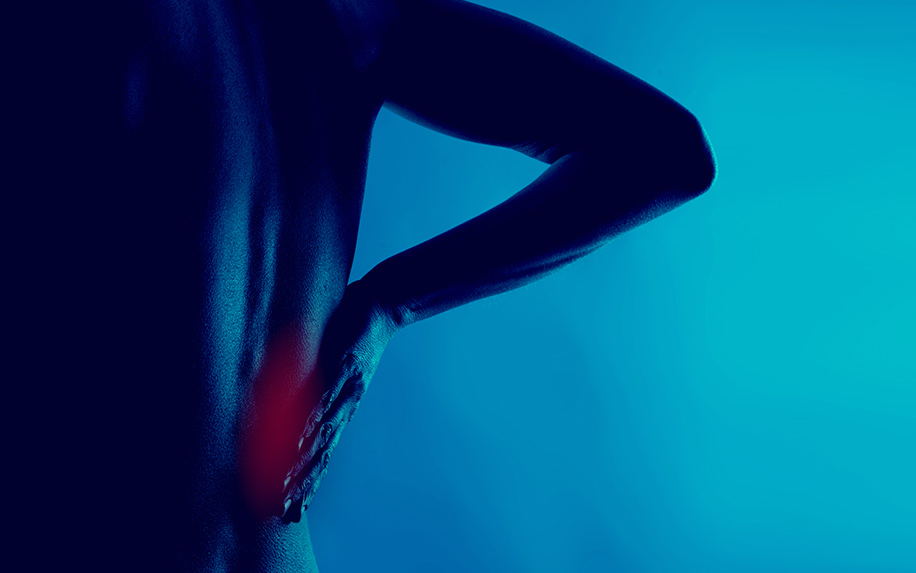 Cannabis massage could help treat chronic pain — all without the negative side effects of opioids. Image Credit: By Stasique on shutterstock.

As a nurse, a massage therapist, and a regular human, I’ve seen firsthand how drastically pain can affect people’s lives. The Centers for Disease Control and Prevention (CDC) estimate that 50 million Americans are living in chronic pain, and for a long time, I was one of them. That’s no longer the case today, and for that I can credit massage, cannabis medicine, and the combination of the two.

I first discovered the healing power of massage many years ago, following a nasty fall in my fifth grade gym class. I’d landed on my neck, and when I got up, my head was stuck facing to the right. It remained that way for several days until my parents took me to see a licensed massage therapist. My introduction to cannabis medicine came much later as an adult, when the plant helped me quit the prescription drugs I’d been prescribed to manage the extreme pain caused by an “inoperable” liver tumor. Not long after that, I founded Primal Therapeutics, where we use cannabis and massage together to help other people live without pain, too.

Research Shows Massage Can Relieve Many Types of Chronic Pain

Chronic pain is a term that refers to any type of persistent pain that lasts for weeks, months, or even years. It comes in a wide variety of forms, and studies show that massage therapy is useful for treating almost all of them.

In 2014, a review in the journal Complementary Therapies in Clinical Practice found that “moderate pressure massage” was highly effective at alleviating the symptoms of many types of chronic pain. According to the researchers, “Massage has resulted in reduced pain in all the studies we have conducted on chronic pain conditions from lower back pain during pregnancy to labor pain, migraine headaches, premenstrual syndrome, chronic fatigue, fibromyalgia, carpal tunnel syndrome and rheumatoid arthritis.”

It’s not entirely clear how massage can be so versatile in treating various forms of pain. The study’s authors mention a handful of common theories, including “The Gate Control Theory,” which suggests that massage stimulates the brain in a way that “closes the gate” to pain sensations, though there’s still no scientific consensus. In any case, though, the evidence seems to clearly show that massage has serious pain-relieving potential.

At Primal Therapeutics, we perform cannabis massage by combining a variety of massage techniques with cannabis-infused topicals. People often come to us with conditions like neuropathy, a chronic and painful condition that’s caused by damage to the peripheral nerves, and leave with a much brighter outlook on life. Sometimes they report feeling the effects of the session for several days after.

While there’s still not much scientific research on the use of cannabis topicals to treat chronic pain, some of the early results have been promising. For example, in 2016 researchers from the University of Kentucky published a study that found rats with arthritis showed significant improvements in pain levels and mobility after being treated with transdermal CBD topicals. Perhaps most encouragingly, this was achieved “without evident side-effects,” as the researchers wrote. They concluded their paper by saying, “The data presented suggest transdermal CBD is a good candidate for developing improved therapies” for people living with all forms of arthritis, which includes over 20 percent of the world’s adults.

In the case of cannabis topicals as pain relievers, scientists do have a pretty good idea of how they work. Their powers lie in their ability to interact with the body’s cannabinoid receptors, which are located in almost every tissue and organ, where they help regulate pain sensations (and many other bodily functions).

Cannabis Massage Could Provide Pain Relief Without Side Effects

As the University of Kentucky researchers said, one of the most appealing things about cannabis topicals as a treatment for chronic pain is the lack of significant side effects. The same holds true for massage — while researchers have found a number of side effects of massage, “these … are considered rare and are frequently due to ‘exotic’ types of massage or massage delivered by laymen.”

Few people need to be reminded of the dangerous side effects that come with opiates and other prescription painkillers, but even over-the-counter options have been known to cause significant problems like nausea, headaches, and liver damage. It’s little wonder, then, that studies show people prefer medical cannabis to prescription drugs. In my experience, once people have tried cannabis massage, it doesn’t take long for them to see its advantages.

For example, we recently had a patient come to us with neuropathy in his legs after many years of working as a mailman. He told us that every morning, as soon as his legs touched the ground, he began to feel a painful tingle. By the evening, he’d feel like his legs were being devoured by fire ants. He’d tried to treat these symptoms with conventional medications for years without much luck. He was skeptical that cannabis massage would work any better.

But since he was newly-retired, he figured he had nothing to lose, and so he’d booked an appointment with us to give cannabis massage a try. Much to his surprise, the session relieved his pain. What’s more, he was pain-free for over 24 hours after his treatment session. One session was all it took for him to become a believer in plant medicine and cannabis massage.

This isn’t to say that everyone with chronic pain will see their symptoms magically disappear with a bit of cannabis massage, but it’s certainly encouraging to know there are ways to find relief that don’t involve a handful of pills.