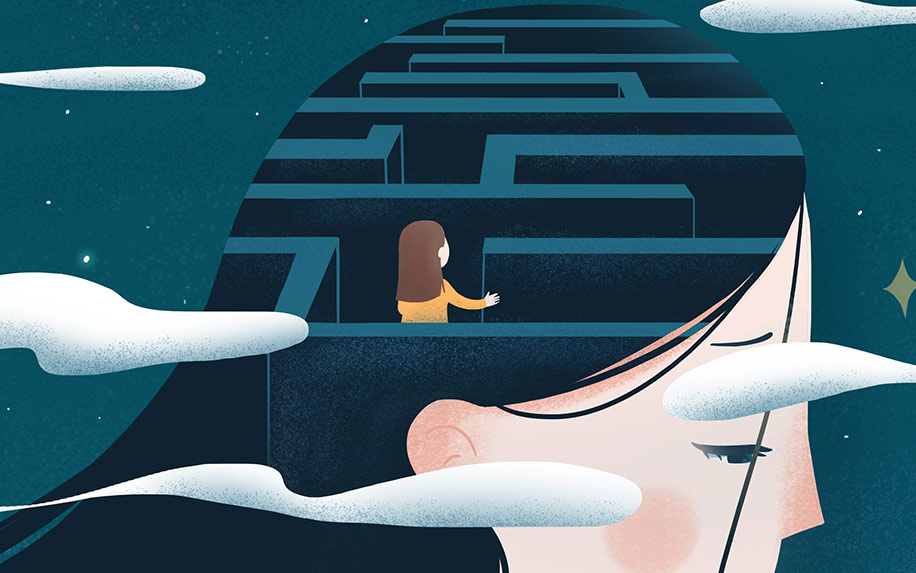 Research is scarce, but early studies suggest CBD could help with depression. Image Credit: By HelloRF Zcool on shutterstock.

According to the World Health Organization (WHO), depression is the leading cause of disability both in the United States and worldwide. In the U.S., depression and serious mental illness result in $210.5 billion in lost earnings, with depression ranking in the top three workplace issues (the other two being stress and family crisis). The toll it takes on our families, communities, and society at large is difficult to overstate. For years, people have sought a safe and effective way to help manage the condition, and today, some are reporting positive results are turning to CBD oil.

Though there remains little formal research to prove out anecdotal claims of CBD’s effectiveness as a treatment for depression, the need for such a solution is urgent. In the U.S.,16.2 million adults (almost 7 percent) have experienced a major depressive disorder episode in the past year, with 10.3 million suffering severe impairment. Almost 50 percent diagnosed with depression also have an anxiety disorder, and it’s estimated that 15 percent of adults will experience depression at some point in their lives.

In the past decades, the primary treatment methods for depression have been pharmaceutical medications such as SSRIs (selective serotonin reuptake inhibitors), which alter the brain’s hormonal balance in an effort to relieve the symptoms. While they can be effective for some people and conditions, they’ve also been shown to have serious side effects and many come with a high risk of dependency or abuse.

CBD oil, on the other hand, has a more favorable safety profile. When the WHO recommended lifting all international controls on it, their report specifically mentioned that CBD oil was not known to cause any significant side effects, and that it exhibited “no potential for abuse and no potential to produce dependence.”

This is due in large part to the way CBD affects the brain. Instead of altering its chemical state with artificial substances, it acts upon the endocannabinoid system, a network of receptors throughout the body that control a wide array of functions, including mood. While studies are still in their infancy, the early results indicate CBD can have antidepressant-like effects by activating receptors such as 5-HT1A, better known as the serotonin receptor.

While this is an encouraging sign that CBD oil could be a viable option as part of a treatment plan for people with depression, it’s important to note that not only is research speculative but also not all CBD oils are made the same, and some will be more effective in this regard than others.

If, in fact, CBD oil is to work in helping with the treatment of depression, it must be a certain type. The two most important characteristics for a CBD oil in potential depression management are:

First, CBD oils can be derived from both hemp and marijuana, two closely-related members of the cannabis sativa family. The former can be found in pharmacies and supermarkets around the country, while the latter can only be found in states with legalized cannabis. Although hemp-derived CBD oils are more common, they’re also less effective, for a simple reason.

Cannabidiol (CBD) and other cannabinoids, such as THC, are found in the resin of cannabis plants. Most of the resin is found in the flowers of the plant, and, to a lesser extent, in its leaves. However, hemp-derived CBD oil is primarily extracted from the stalks, which means both that the cannabinoid quantity is significantly lower (for example, hemp’s CBD content is around 3.5 percent, while marijuana’s can reach up to 20 percent) and that what is present is not as potent.

Marijuana plants also contain a greater amount of THC. In fact, by definition this is what distinguishes the two, as hemp plants legally cannot have THC levels over 0.3 percent. Yet while the THC levels of marijuana-derived CBD oil aren’t enough to cause psychoactive effects, they do have an important role to play, which brings us to our next point: the importance of full-spectrum oils.

Full-spectrum CBD oils are ones that contain the full range of cannabinoids, terpenes, flavonoids, and other natural compounds found in the cannabis plant. They can be contrasted with pure or isolate CBD oils, which are comprised of nothing but the titular cannabinoid, and broad- or partial-spectrum oils, which feature a limited selection of compounds (generally with the exception of THC).

However, while it’s understandable that some may prefer to avoid the psychoactive effects associated with THC, removing it from the equation altogether will drastically decrease the effectiveness of CBD oil. This is because THC is integral to the “entourage effect,” or “cannabis synergy,” in which all the different cannabis compounds interact with each and heighten each other’s respective effects. And while THC is best-known for producing a high, it also has considerable health benefits itself, so its absence has a significant impact on the therapeutic potential of a given bottle of CBD oil.

If CBD is to work for depression (and, as we’ve explained, this is still an enormous if), the likely only effective option will be marijuana-derived full-spectrum oil, which is, unfortunately, also the most challenging to find. However, as federal lawmakers mull the national legalization of cannabis, it’s possible that the task may soon become easier.