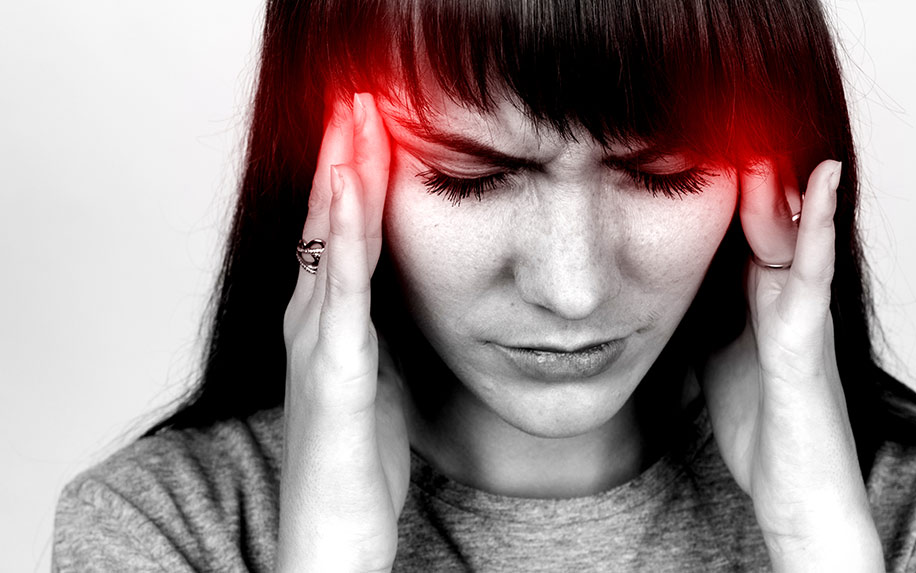 In the relatively young field of CBD research, there are many unknowns. So it’s often that people turn to user-based knowledge sites like Reddit and Quora for answers to specific questions or to share experiences that no official news sources seem to be talking about — and this appears to have been the case in the question of whether CBD oil causes headaches.

But the plural of “anecdote” is not “data,” and none of the data support the idea that CBD causes headaches.

Headaches are separated into primary and secondary categories.

Primary headaches, according to Johns Hopkins Medicine, are benign, recurring headaches not caused by underlying disease or injury. However, they may be related to factors like:

Migraines, tension headaches and cluster headaches all fall into this category.

Secondary headaches are associated with more serious underlying conditions like:

These headaches usually seem out of the ordinary in their onset or severity. They often occur in more vulnerable populations like those with certain illnesses, pregnant women, and the elderly.

Headache disorders aren’t well understood, and affect up to 50 percent of the population, so the type of guesswork behind the CBD-headache link isn’t unusual in headache sufferers. But the research on CBD points against it causing any of the common contributing factors of headaches — on the contrary, it may help to alleviate them.

What the Research Says About CBD Oil and Headaches

A 2017 review of previous studies on headache treatment with cannabis found no evidence that CBD on its own helps with headaches. However, the study noted that CBD has shown effectiveness in the treatment of associated triggers like anxiety and pain.

Even CBD’s side effects seem to contribute to relieving headaches rather than causing them, such as its well-established link with hypotension sedation. Arterial hypertension has been shown to cause secondary headaches.

When looking at the cannabis plant as a whole, there is an increasing body of evidence which demonstrates cannabinoids’ powerful anti-headache effect. A 2019 large population study found that inhaled cannabis reduces self-reported headache severity by 47.3 percent and migraine severity by 49.6 percent. In addition, the study authors saw no evidence that cannabis causes “overuse headache,” a side effect of other medications which can make patients’ headaches worse over time.

CBD’s anti-headache potential remains in the shadows due to that most pervasive cannabis problem — a lack of research. As Ohio State University neurologist Dr. Kevin Weber told U.S. News, despite CBD’s promise in the treatment of migraines, “unfortunately there is not enough research at this time. The studies that have been published have been limited to case reports and retrospective studies with THC included.”

He added, “There have been no studies at all with pure CBD and headache treatment.”

Despite a lack of scientific backing, the reports of a CBD-headache link are still out there. There could be a few things behind the phenomenon.

Just because CBD use correlates with a headache does not mean it’s the cause. For example, CBD is often taken to treat pain and inflammation — these same irritants can also lead to headaches, but it’s easy to overlook this and instead blame the headache on the foreign substance you just ingested. Even something benign such as the eye strain induced by watching TV while ingesting CBD may be a headache’s true cause.

Another likely issue some people have is with low-quality CBD, which may contain diluents, contaminants, and other adulterants which could trigger headaches. Solvents used to extract CBD from hemp or marijuana plants may not be fully removed from the resulting oil, and some people have bad reactions to the ethanol in CBD tinctures. There are worse additives as well; pesticides and other harmful chemicals can be transmitted from hemp or marijuana plants through some extraction methods, and ingestion methods like vaping can heat them to dangerous degrees.

Genetics and/or Other Medications

A final caveat: There is a lot about CBD we still don’t know. CBD could cause headaches in people with as-yet-unknown genetic or health vulnerabilities, or those taking medications that have unexpected reactions with CBD. But for the majority of people, there’s little risk of getting a headache from using CBD products (provided, of course, that it’s not contaminated).