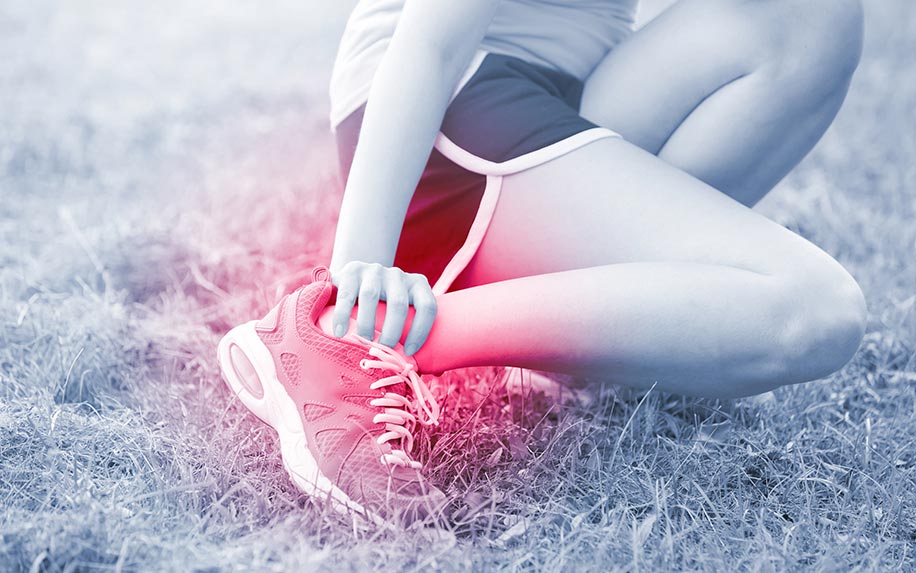 The benefits of massage for minor sports injuries is well known — but cannabis topicals could make it even more useful. Image Credit: By aslysun on shutterstock.

As a cannabis massage therapist, I deal with patients who have a wide variety of needs. Sports- and exercise-related injuries are some of the most common — my practice, Primal Therapeutics, is based in Colorado, and people here are serious about their physical fitness. And while this is a great thing in my opinion, it also means that I see a lot of patients with pains, sprains, and other sports-related injuries.

I’ve noticed a common thread among many of my fitness-enthusiast patients — they don’t want to sacrifice their mental clarity for pain relief. In fact, many of them are initially skeptical about cannabis massage, since they’re nervous about the potential intoxicating effects of the topicals we use. However, after seeing thousands of patients, I can tell you that not one of them has ever reported feeling high after a session.

Some patients are harder to convince than others, though. In particular, I remember one man in his mid-fifties — the first time he called, he asked me no fewer than ten questions about what the session would be like and what kind of results he could expect. He’d seen a countless number of physical therapists, massage practitioners, and chiropractors, none of whom had been able to help much with his pain, which came from a hiking injury several months ago. He was hesitant to believe that cannabis massage would be any different. I’m pleased to tell you he was incorrect.

During our first session together, I discovered that the source of his pain was a tight muscle in his groin, which he’d aggravated during a particularly strenuous hike in the mountains. Months had passed since he first started treatment, and still he was unable to move around comfortably. All he wanted was to be able to hike again.

I explained that, apart from the massage techniques themselves, the cannabis topicals we were using could help relieve his pain by activating the body’s endocannabinoid receptors, which would help him return to homeostasis, the body’s natural state of cellular balance. And again, he was skeptical. But after only a few sessions, he was back on the mountain. I think he became a believer after that.

Why Cannabis Massage Can Be a Boon for Athletes

The fitness world has long known about the benefits of massage. Many professional athletes get massages every day — sometimes before an activity to help loosen up their muscles, and sometimes afterward to relieve the pain and stiffness (and reduce the buildup of lactic acid) caused by physical activity. The scientific research on sports massage is still in its infancy — according to a 2008 paper in the North American Journal of Sports Physical Therapy, “Paucity in the literature exist related to sports massage and the management of sports-related injuries,” though some studies have shown it can be effective for lower back pain — but a wealth of anecdotal reports from patients suggests that it has legitimate benefits.

Combining massage with cannabis topicals allows patients to take advantage of the benefits of both. At Primal Therapeutics, we’ve seen patients drastically reduce their healing times thanks to cannabis’ pain-relieving and anti-inflammatory qualities. Even patients with neuropathy, a chronic and severe form of pain, have seen positive results from cannabis topicals. There’s also a synergistic effect between the techniques and topicals that increases blood flow to the injured area and helps relieve nerve tension.

Professional athletes aren’t the only ones who can benefit from these types of treatments — weekend warriors often find them just as useful. At my practice, one of our busiest seasons is the winter. People come in from out of town to snowboard, snow-shoe, or cross-country ski … and many times, they end up pulling a muscle or spraining something their first time out. They end up calling us to help save their vacation, and more often than not, it works. I give much of the credit to the quality of our cannabis topicals: They’re made with whole-plant ingredients, not artificial chemicals, and their rich content of cannabinoids and terpenes means that many people experience relief within minutes of application.

The injuries don’t stop in the summertime — we see people who’ve hurt themselves doing everything from mountain biking to disc golf to whitewater rafting. Since the seasons are so short, these types of injuries can be especially frustrating for people. But in my experience, cannabis massage has been a fast and effective way for people to get back outside and do what they love.

I’m thinking of a recent patient in particular. She was an avid runner in her mid-forties who’d pulled a leg muscle while preparing for a 5k race. She was devastated — after spending so much time training, she was scared to think that all her work had been for nothing.

So, we began doing biweekly cannabis massage sessions together. After two weeks, she’d improved enough that we were able to drop it down to one session per week. Over the next month, her improvement was so great that she was able to start training lightly again.

Six weeks after I first saw her, she ran that 5k. And not only did she finish the race, she even placed in it, just as she’d originally hoped. Cannabis massage gave her a gift that it’s given many athletes before — all the health and healing, without the high.