CBN for Sleep: The Benefits of This Obscure Cannabinoid 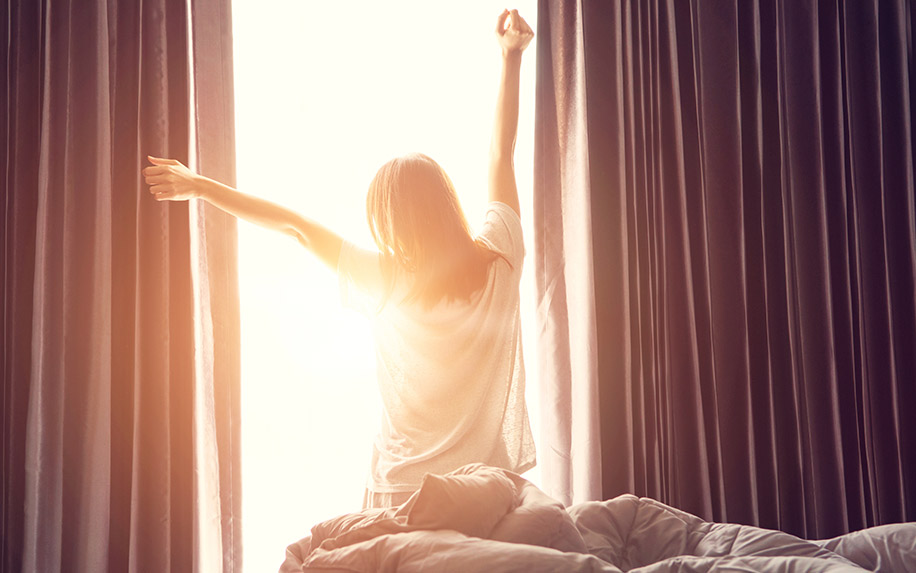 CBN has myriad benefits — sleep is just one of them.Image Credit: By oatawa on Shutterstock

The cannabis plant contains over a hundred different cannabinoids, and at the moment, only two of them are household names: THC and CBD. However, that might be changing soon as researchers delve deeper into its more obscure components. One name you should keep in mind: CBN.

Known in scientific circles as cannabinol, CBN is a bit unusual for a cannabinoid. It’s psychoactive like THC — but much less so. It shares a similar chemical structure with CBD — but it’s formed in a completely different way. And while many cannabinoids lose their potency when exposed to air (a process known as oxidation), this actually enhances the strength of CBN.

As a result, CBD becomes more effective as it ages. But more effective at what, exactly? While the research into CBN’s properties is limited at the moment, scientists have discovered it could hold intriguing potential for promoting sleep, reducing anxiety, countering inflammation, and more.

Everything You Need to Know About CBN

In 2008, researchers published a genetic analysis of the world’s oldest known cannabis cache, which was discovered in a 2,700-year-old grave in China. According to their findings, CBN was the most prevalent cannabinoid, as many centuries of decay had converted most of the flowers’ THC content. This has been one of the few times that CBN has taken center stage in the cannabis conversation, and although we still know little about it, what we have learned is certainly intriguing.

Trivia nerds may be interested to know that CBN was actually the first cannabinoid to be discovered. Back in the 1930s, a British chemist named Robert Sidney Cahn managed to create an accurate model of its chemical structure, though few follow-up studies were conducted due to government restrictions on cannabis research.

For such a (potentially) potent compound, CBN is surprisingly scarce in the cannabis plant. While cannabinoids like THC or CBD can be present at concentrations of 25 percent or more, the CBN content of an average cannabis plant is around 1 percent. However, this number changes over time.

That’s because when THC is exposed to air or heat, it converts into CBN. This gives the latter cannabinoid its mild psychoactive properties (and mild might be an understatement: you’d need to consume an enormous amount to feel high). What it loses in psychoactivity, it gains in its sedative prowess — if you’re ever noticed that old or poorly-stored cannabis makes you feel sleepier after consumption, it’s because it contains a higher percentage of CBN.

What does more CBN mean in terms of effects? Here, it’s challenging to say. A widely-cited report from Steep Hill Labs, an international cannabis science and testing company, suggests that it could be a highly potent sedative, with a 5 mg dose roughly equivalent to a 10 mg dose of pharmaceutical sedatives such as diazepam. At the moment, researchers find this potential application of CBN to be the most valuable, since most conventional sleeping aids are notorious for quickly producing dependency and other unwanted side effects. Researchers have discovered no potential for CBN’s abuse or misuse to date.

Another part of CBN’s appeal as a method for managing insomnia is its ability to reduce anxiety, which is one of the most common root causes of sleep disorders. According to the Cleveland Clinic, “conditioned emotional responses” like worrying about your likelihood of getting a good night’s rest are often responsible for chronic insomnia and related issues. Here, CBN’s sedative properties could be invaluable, with the added benefit that they won’t leave the user with a “hangover” effect the following day.

Common methods of using CBN as a sleep aid include tinctures, sublingual strips, and smoking cannabis flower that has been specially grown to have a high content of the cannabinoid.

Aside from this, CBN-focused research projects have been few and far between. Some general studies into cannabis’ antibacterial properties indicate that CBN could be partially responsible for fighting bacterial infections, while others suggest a similar connection between the cannabinoid and the plant’s anti-inflammatory potential. In terms of CBN-specific studies, the most intriguing recent research focuses on its ability to stimulate appetite in rats, making it a potentially useful solution for people dealing with cancer and autoimmune diseases who would prefer to avoid the psychoactive effects of THC.

As a consumer, you’re unlikely to come across CBN-only products out in the wild. If you’re interested in its benefits, however, a good option is a full spectrum CBD oil product. These will contain the full range of cannabinoids found in the cannabis plant, including CBN.