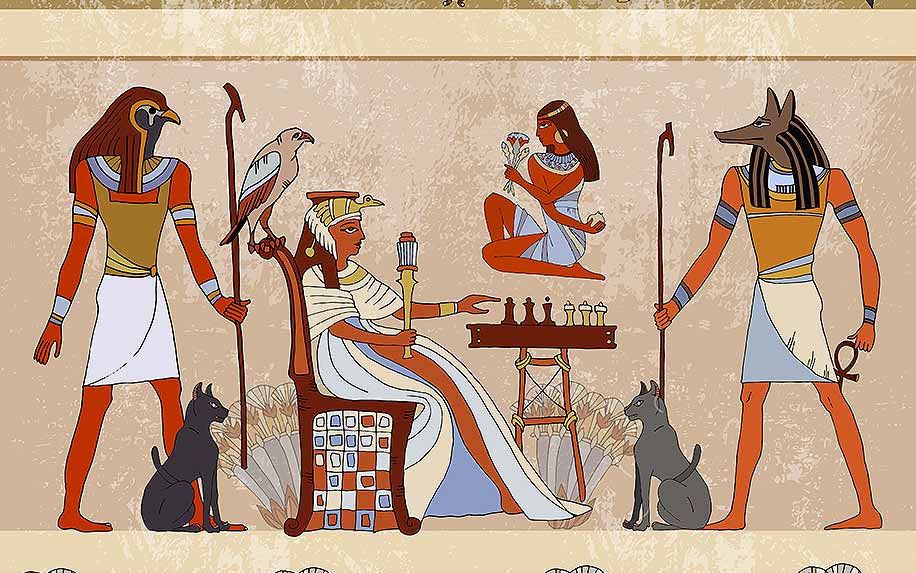 The first written documentation of cannabis use in women’s health dates back 4,000 years. Image Credit: By matrioshka on shutterstock.

The use of cannabis as an herbal remedy to aid in women’s sexual health and for treatment of gynecological conditions goes back millennia to ancient Egypt, where it was commonly used to help women have a less painful childbirth. Although women generally did not smoke it, they found many other ways to take advantage of the plant’s properties, including oral, intranasal, vaginal, anal, and topical applications, as well as in drinks and milkshake-like concoctions. Cannabis became a favorite tool of medicine women, tribal healers, and ordinary people in the following centuries, and when Napoleon Bonaparte’s French troops brought cannabis back to Europe in the late 18th century, it was updated for modern tastes (generally in the form of a tonic or elixir) but used for similar purposes.

The first written documentation of cannabis use in women’s health dates back 4,000 years when manuscripts in ancient Egypt describe it being used to ease difficult childbirths. According to “Women and Cannabis: Medicine, Science and Sociology,” an encyclopedic tome edited by several of the world’s most prominent cannabis researchers, women at the time inserted cannabis in their vaginas to reduce vaginal heat and cool their uterus, which was believed to make childbirth less uncomfortable.

Rather than being inserted directly into the vagina during labor, the plant material was ground up into a honey and apple paste mixture and applied just inside and around the vagina. A translation of an ancient Egyptian medical record called the Ebers Papyrus suggests that doing this was a way to specifically ease cramping, induce contractions, and alleviate severe pain.

How Women Have Used Cannabis for Sexual and Gynecological Health

Throughout the following centuries and across different continents, cannabis continued to be used in many ways to help with childbirth and labor — as well as sexual health.

According to “Women and Cannabis,” the plant was used to “aid sexual pleasure and enlightenment” in what is now India as early as the 7th century. Contemporary sources reported that cannabis was also being used in tantric sex rituals. These practices, which have continued up to the present day, involved drinking a milkshake-like beverage in lieu of smoking or topical application. Called bhang, it was made from cannabis flowers laden with resin and a sugary milk mix, which included a combination of herbs, ginger, cardamom, almonds, poppy seeds, and pepper. This was then heated in a primitive decarboxylation process to transform THC into its psychoactive form.

Centuries later, after cannabis had spread across the globe, its benefits for women’s health were also widely recognized. In 1851, the Monthly Journal of Medical Science of Edinburgh reported that cannabis had the “remarkable power of increasing the force of uterine contraction during labour [sic].” And in 1854, the Dispensatory of the United States noted that medical marijuana was used in childbirth, specifically to help ease contractions.

Both historic and anecdotal reports have confirmed that more recently in the 20th century, medical practitioners in Russia in the 1930s prescribed a lamb fat and cannabis concoction to young virgin brides to reduce the pain of defloration.

While physicians today typically do not recommend using any kind of cannabis mixture during childbirth, because the long-term side effects on the baby are not yet known (among other concerns, including legal ones), cannabis herbal remedies are still being used for many women-specific health issues, including for heavy bleeding, menstrual cramps, PMS, and menopause, in addition to easing child-birthing pains, morning sickness, nausea and vomiting during pregnancy, and postpartum issues.