Cannabis Massage for Parkinson’s Patients: Is It Safe? 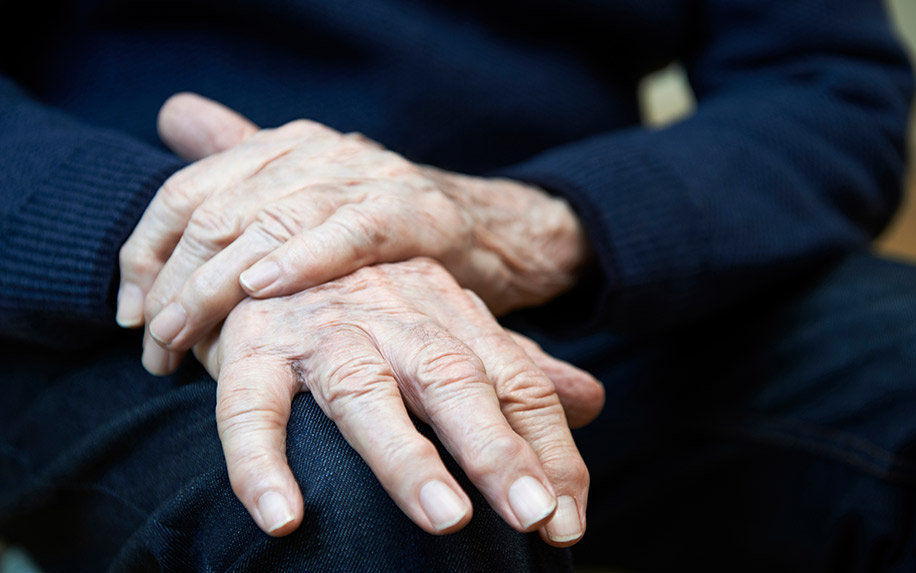 In recent years, a number of alternative therapies for treating Parkinson’s disease have become more popular, including cannabis massage. Image Credit: By SpeedKingz on shutterstock.

While there’s not yet a cure for Parkinson’s disease, modern medicine has yielded a number of promising treatments that can reduce the severity of its symptoms and improve the quality of life for people living with it. One of the most intriguing (or at least unexpected) options is cannabis, and although research is still in its early stages, the plant does seem to offer some significant benefits — and adding massage to the mix could help, as well.

By the year 2020, 1 million people in the U.S. will be living with Parkinson’s disease, according to estimates from the Parkinson’s Foundation. The condition, which currently affects around 10 million people worldwide, is a progressive neurodegenerative disease that’s caused by the brain’s inability to produce enough of a chemical called dopamine, a deficiency that grows more severe over time. It’s more likely to affect men than women, and older people are more likely to be diagnosed than younger ones — over 95 percent of people with Parkinson’s are over the age of 50.

According to the Mayo Clinic, the symptoms of Parkinson’s can vary widely from patient to patient. Tremors are one of the most common symptoms, with some patients noticing these movements even when their limbs are at rest. Many people also experience stiffness or rigid muscles, resulting in painful contractions that can limit mobility. These issues can make it difficult for people with Parkinson’s to write and speak. It’s common for patients to have problems with balancing and walking as well, and their movements are often slower than before.

There’s no standard treatment for Parkinson’s, as each patient must be treated for their individual symptoms. However, most treatments today are based on pharmaceutical drugs that aim to boost the brain’s levels of dopamine or reduce the severity of tremors. In some cases, lifestyle modifications (such as getting more rest or doing more aerobic exercise) can be helpful. In severe cases, surgery to repair certain parts of the brain may be an option.

In recent years, a number of alternative therapies have become more popular options, including massage and acupuncture. According to the European Parkinson’s Disease Association, “[Massage] can help to relieve the muscle stiffness and rigidity that is often found in Parkinson’s. It can also help reduce stress, promote relaxation and enable [patients] to identify tension in [their bodies], and so find ways to [minimize] or reduce this”. And in 2017, a study in the journal Medicine found that “acupuncture has significant positive effects” for people with Parkinson’s.

Cannabis is another alternative treatment that is becoming increasingly popular. In 13 states with medical cannabis programs, Parkinson’s is an approved condition, which has allowed many patients to legally access the plant’s medical benefits.

Aside from cannabis’ ability to reduce pain (which is one of the most common reasons people use it), the most impactful potential benefit for Parkinson’s patients could be the plant’s ability to boost the brain’s levels of dopamine. In 2017, a preclinical study presented at the annual meeting of the International Cannabinoid Research Society showed that CBD (one of cannabis’ most important compounds) could help deplete the brain’s levels of a receptor called GPR6. Previous studies had shown that lower levels of GPR6 were linked with higher levels of dopamine.

While it’s too early to take this as a sign that cannabis is a “cure” for Parkinson’s, it does indicate that it could help manage some of the underlying issues of the disease. Combined with massage, it could also help provide relief for the symptoms that impact patients’ daily lives.

What Parkinson’s Patients Should Know About Cannabis Massage

Cannabis massage involves two key parts: 1) massage techniques, which can be either relaxing or stimulating, depending on the patients’ needs, and 2) a cannabis topical, which is typically a lotion, balm, or similar product that has been infused with cannabinoids like CBD or THC.

The noted benefits of massage — such as boosting the brain’s levels of dopamine, improving sleep, and increasing flexibility and mobility — all make it an excellent treatment for people with Parkinson’s disease. Using a cannabis topical for massage can give additional benefits to this type of therapy, such as the reduction of pain and inflammation. While cannabis massage is a newer modality that hasn’t been extensively studied by scientists yet, therapists throughout the U.S. and Canada have reported a wealth of anecdotal success stories when patients receive head-to-toe treatments with cannabis topicals.

For Parkinsons’ patients and their caregivers who are interested in cannabis massage, choosing a topical that’s made with natural ingredients instead of artificial chemicals is essential. According to a 2014 presentation at the Harvard School of Public Health, the average American “is exposed to more than a hundred chemicals from cosmetics, soaps, and other personal care products before leaving the house in the morning,” which can be especially risky for Parkinson’s patients, whose immune systems are already compromised.

Another important thing to keep in mind is the type of massage desired. Before beginning, the patient or their caregiver should let the massage therapist know if they want an invigorating, stimulating massage or one aimed more at relaxation. In some cases, the massage therapist can help narrow down the options — for example, they might suggest that deep tissue therapy isn’t the best technique for Parkinson’s patients, as it can often be somewhat painful.

The session itself should also be tailored to the patient’s needs. In many cases, the stiff and painful muscles caused by Parkinson’s can make it difficult for the patient to get on the massage table or to move around once they’re up there. In this case, it may be better to conduct the massage while the patient is in bed. It’s important to work on whatever muscles can be easily accessed, and to not cause any added pain.

Depending on the severity of the symptoms, cannabis massage sessions tend to last anywhere from 30 to 60 minutes. In some cases, the patient’s mobility issues or personal preferences may mean that their clothing can’t be fully removed. This is perfectly fine, but the therapist or caregiver conducting the massage should still try to apply the cannabis topical directly to the skin as much as possible. This will allow the topical’s cannabinoids to activate the skin’s endocannabinoid receptors and deliver the optimal benefits.

Finding a quality cannabis topical often requires a bit of research, but it’s not an impossible task — and for many people with Parkinson’s, the payoff could be worth the work.