Can CBD Really Give You Bad Dreams? 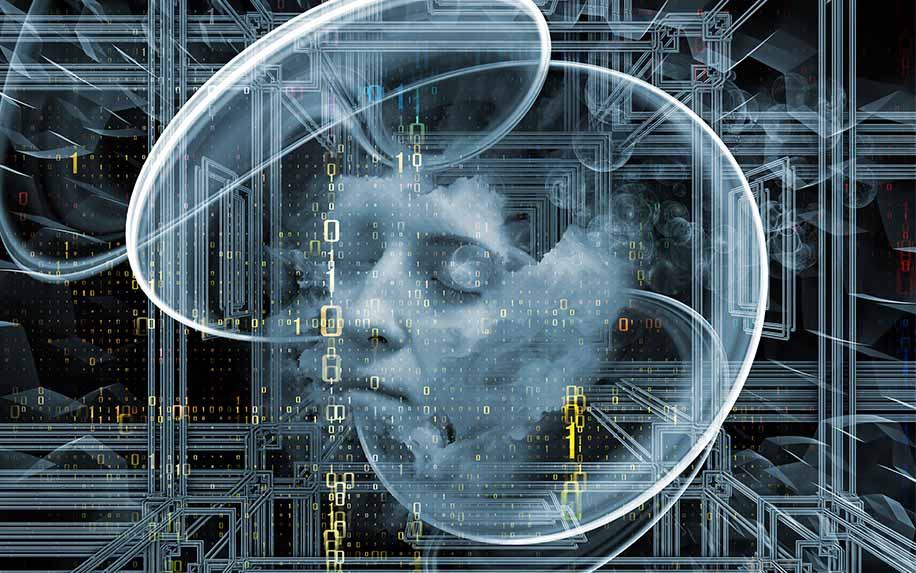 Research is still nascent on CBD’s impact on dreams. Image Credit: By agsandrew on shutterstock.

CBD’s relaxing, anti-anxiety benefits may help those who have trouble sleeping, but can something scary happen once the lights go out? Some people report that the non-intoxicating compound is causing them some pretty psychedelic dreams — even terrifying nightmares.

“As soon as I broke eye contact, I knew the chase was on,” as Yasmin Tayag wrote in Inverse. “A gang of women, unleashed from a basketball court in downtown Los Angeles, pursued me down trash-filled alleyways until I ducked into a McDonalds and begged an employee for help. He rushed me into an elevator up to the rooftop, where I looked down and watched the mob angrily disperse.”

Dreams like this one began for Tayag when she smeared a lavender-scented CBD roll-on across her forehead and temples, and stopped when she discontinued use. Tayag’s experience is no anomaly. Anecdotes of vivid, strange, and/or disturbing dreams after CBD use are splattered all over the internet.

“I’m going to be honest,” cautioned Dahvi Shira in Skye Lyfe. “Most of the time I use these products, my dreams involve death or murder (fun times!).” Her conversations with friends and acquaintances have revealed she’s not the only one with these “bizarre dreams,” though this hasn’t been enough to dissuade her from using CBD products.

“It’s weird and a little disturbing, but I get through it. It doesn’t take away from the fact that I’m still getting some decent hours of legitimate sleep.”

In other words, her sleep is worth a scary nightmare or two.

But as anyone who has taken a science class knows, correlation does not equal causation. So is the CBD responsible for the vivid dreams or is something else to blame?

Because of the legal gray area surrounding CBD, it’s tricky for scientists to even fully understand how CBD works to affect sleep. Furthermore, much of the information is conflicting. Take, for example, the fact that in small to moderate doses, CBD has a stimulating effect — exactly what you don’t want in a sleep aid.

And as Dr. Ethan Russo, one of the world’s foremost cannabis researchers, told Tayag, it’s also possible that it’s not actually the CBD in CBD oil that has the biggest impact on sleep: Other compounds like myrcene might be doing most of the work. But since available research is limited, there’s simply no way to be certain.

Wait, Can CBD Stop Dreams All Together?

While stories abound about vivid and disturbing dreams following CBD use (Reddit users in particular seem to have had some … interesting experiences), some studies have linked CBD use with a cessation in vivid dreams and nightmares all together.

A 2014 article in the Journal of Clinical Pharmacy and Therapeutics found Parkinson’s patients with REM sleep behavior disorder experienced a reduction in vivid dreams following six weeks of daily doses of CBD,.

For those with PTSD, orally administered CBD (combined with routine psychiatric care) showed the potential to reduce nightmares, according to a 2019 study in the Journal of Alternative and Complementary Medicine.

Or consider the inverse: a 2011 literature review of the CBD-based epilepsy drug, Sativex, found long-term users experienced vivid dreams when they stopped taking the drug. On the drug? No vivid dreams.

In other words: we just don’t know definitively — not yet. Add it to a list of other CBD questions, along with what we still don’t know about dreams themselves.

But if it’s anxiety about the mysteries of the universe keeping you up, CBD may reduce those anxious feelings, leaving you more receptive to sleep — perchance to dream. Whether those dreams will be dull, vivid, Shakespearean, or totally memorable, you’ll just have to see in the morning.