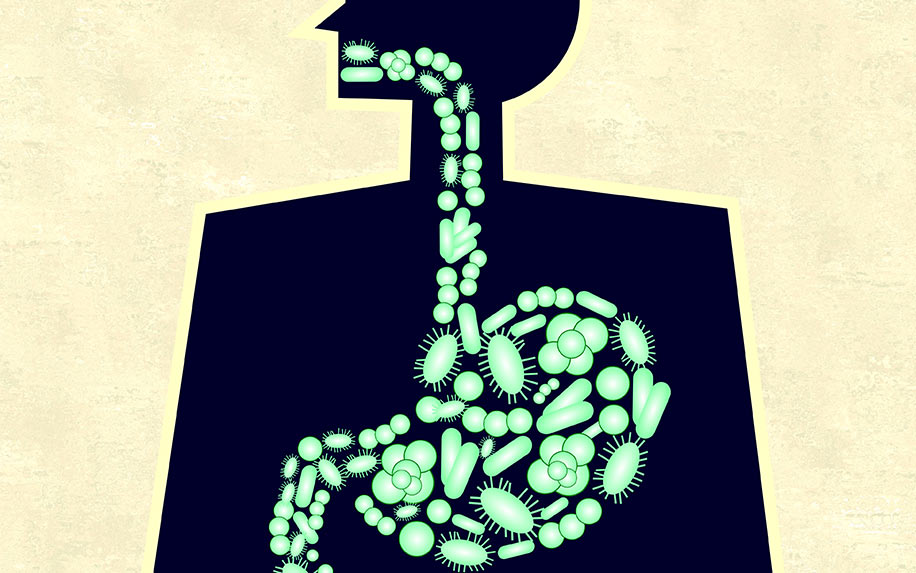 More and more patients are turning to cannabis and CBD for digestive issues, including IBD. Image Credit: By lanatoma on shutterstock.

Michael* is a 15-year-old high-school student who first came into my office with his parents. At four years old, Michael had a “nervous tummy.” For a long time, doctors thought he was lactose and gluten intolerant. Michael reported feeling fatigued, and his body ached all the time. He was embarrassed because he had to plan his life around the restroom, he had constant diarrhea and constipation. After numerous endoscopies and colonoscopies he was finally diagnosed with colitis. Michael tried every medication; anti-inflammatory, steroids, anti-diarrhea, pain medication, and antibiotics.

Nothing worked for his deep penetrating stomach cramps and bleeding colon. His gastroenterologist said after failing all conventional therapies, the next step for Michael would be a bowel resection —they wanted to remove his colon. Michael was so frustrated; he began searching online for help. He came across thousands of websites where patients talked about how they cured colitis or managed their symptoms by smoking pot. Some of these patients had detailed instructions for “how-to-grow marijuana,” lists of highly recommended dispensaries, or recipes for “pot brownies.” The sources of information and misinformation were endless. Michael admitted to his parents that he began smoking cannabis for the last three months. He told his parents it helped him with tremendously with the pain and cramping. Before trying the cannabis, Michael would get up five times a night, sitting on the toilet with searing cramps, trying not to wake up his parents sleeping in the room next door. After only a month of cannabis use, he started sleeping through the night, and the blood and mucus in his stools lessened significantly. His parents soon realized that Michael would continue to use cannabis without their consent. They came into my office asking for medical guidance.

Michael’s case is a common one and a prevalent condition I see in my office. According to the results of a cross-sectional study presented at Digestive Disease Week, approximately one-third of patients with inflammatory bowel disease report actively using cannabis, with 45 percent report using cannabis for the management of their IBD (irritable bowel disorder) related symptoms. Just like Michael, anecdotal data reports medical cannabis can be helpful in managing stomach pain, bloating, nausea, and increasing appetite. Unfortunately, due to its illegal status, clinical studies for the efficacy of cannabis and IBD are lacking. Early studies have shown that cannabis can help people with digestive diseases such as colitis, irritable bowel syndrome, and Crohn’s disease.

The Gut-Brain Connection (i.e. the Impact of Stress on Your Stomach)

Ever wonder why you have butterflies in your stomach when you are stressed? Why do you run to the bathroom before speaking in front of an audience? These are clear examples of how your gut responds to stress. There is a gut-brain connection that links the nervous system to the gastrointestinal system.

There are two competing parts of your nervous system: the sympathetic and parasympathetic system. The sympathetic system is the fight or flight response. This system kicks into gear when you have to perform public speaking, meet a deadline, or when you’re exercising. The sympathetic system causes your pupils to dilate, heart rate increase, blood pressure rise, and sweat. The parasympathetic system helps you digest your food, sleep, dream, relax. Unfortunately, most of us are all living in a perpetual state of a fight or flight response. We are overworked, overtired, and overstimulated. This constant state of stress results in digestive issues such as bloating, irregular bowel movements, reflux, and rapid weight gain/loss. Stress may cause a decrease in blood flow and oxygen to the stomach, which could lead to cramping, inflammation, or an imbalance of gut bacteria.

How CBD May Help Gastrointestinal Conditions

The endocannabinoid system, or ECS, is a system that modulates and interfaces with all of the other systems throughout your entire body. It regulates both physical functions, such as movement, pain sensation, and immune responses, and cognitive or mental capacities, like perception, mood, and memory. The ECS naturally produces cannabinoid-like molecules that stimulate the body’s cannabinoid receptors. These receptors are in many areas of the body, such as the brain, muscles, fat (adipose tissue), and the entire GI tract. There is a galaxy of cannabinoid receptors in the digestive system.

CBD (cannabidiol) is a potent anti-inflammatory and pain reliever. CBD may potentially be useful in the treatment of IBD and related gastrointestinal conditions. It may reduce inflammation in the digestive tract and help relieve the anxiety and stress linked to gastrointestinal disorders. Using CBD and hemp oil, which is a rich source of omega fatty acids, as well as incorporating an anti-inflammatory diet (avoid processed foods, limit sugars and animal protein, and an abundance of vegetables), is a good start. If you are thinking about integrating CBD for digestive issues, do not stop taking your prescribed medications, but do talk to your health care provider.