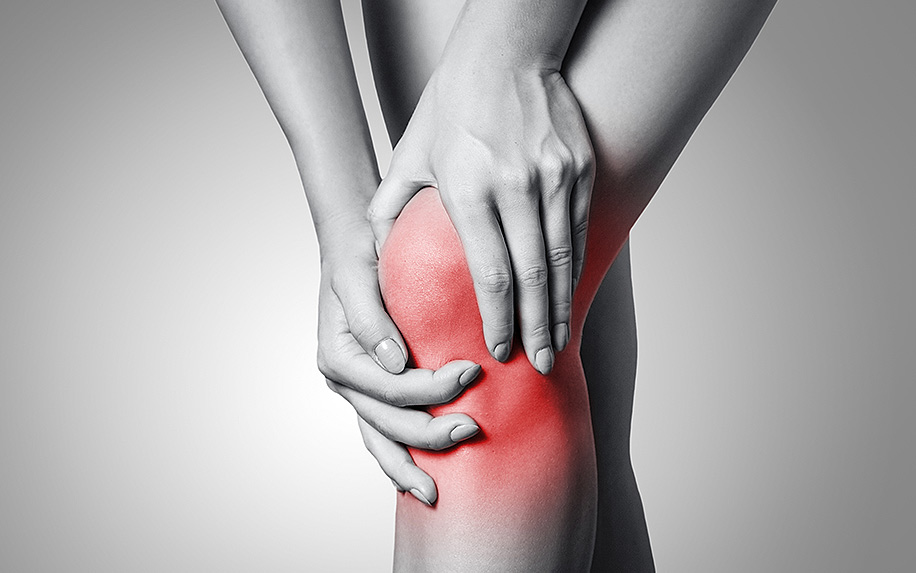 Joint pain is one of the most common afflictions in America today, and according to the Centers for Disease Control and Prevention (CDC), it’s only expected to become more prevalent in the years to come. While 10.5 million Americans said they battled severe joint pain in 2002, just over a decade later that number had risen to 14.6 million. America’s rapidly-growing population of seniors is now beginning to deal with chronic joint-related issues like osteoarthritis — and a surprising number of them are turning to cannabis for relief.

Studies have shown that rates of cannabis use among seniors are increasing more quickly than any other demographic, and one of their most commonly-cited reasons for doing so is pain management (which is also why Americans in general are most interested in cannabis). Even 65 percent of recreational users say they use the plant for pain relief.

This hasn’t gone unnoticed by the cannabis industry itself, which has begun to produce a huge array of products aimed at soothing America’s aching joints. These run the gamut from cannabis topicals for arthritis (which are often used as part of cannabis massage therapy for people with the condition) to speciality chocolates whose cannabinoid contents are carefully calibrated for maximum pain relief to metered dose pens that can provide near-instantaneous relief from severe symptoms.

The interest in these plant-derived pain relievers is understandable considering America’s growing awareness of the dangers of opioids and traditional painkillers. According to the National Institute on Drug Abuse (NIDA), over 130 people across the country die from opioid overdoses every day.

But while cannabis is generally acknowledged to have a more favorable safety profile than these drugs — in 2018 the World Health Organization (WHO) recommended removing it from the international Schedule IV category of controlled substances, saying that the available data “did not indicate that [the] cannabis plant and cannabis resin were particularly liable to produce ill-effects similar to the effects of the other substances in Schedule IV,” such as opioids — there are still questions about how effective it can be for managing chronic joint pain, and what the repercussions of long-term use might be.

What We Know About Cannabis and Joint Pain

Joint pain is often the result of inflammation (especially in conditions like arthritis), and studies indicate that cannabis has a number of compounds that could be useful in reducing it. The one to get the most buzz recently is cannabidiol (CBD), which numerous trials have shown to be effective against inflammation and the joint pain that often accompanies it.

However, CBD isn’t the only (potentially) powerful weapon against inflammation and pain in cannabis’ arsenal — other cannabinoids might also have a lot to offer. For example, while tetrahydrocannabinol (THC) is best known for its intoxicating effects, studies have also shown it to be effective against inflammation. It can also exert powerful pain-relieving effects by bonding with the brain’s CB1 receptors, which are much more prevalent than the receptors for opioids like morphine.

In addition, scientists are exploring other cannabis compounds like the terpene myrcene that have shown promising anti-inflammatory and/or pain-relieving properties in preliminary tests.

Aside from its cannabinoids and terpenes, the cannabis plant might have yet another way of relieving inflammation and joint pain: Its rich content of fatty acids. Though they typically draw attention (when they’re mentioned at all in the context of cannabis) for their benefits for the skin and hair, one fatty acid in particular is an anti-inflammatory powerhouse. Known as gamma-linolenic acid (GLA), a 2017 study in the European Journal of Pharmacology found that it “[attenuated] inflammatory responses,” while a 2006 paper from Canadian researchers showed that it “played a significant role in immune functions.”

What about research into cannabis and joint pain in general? One of the most commonly-cited studies comes from the July 2016 issue of the European Journal of Pain, which found that transdermal CBD gels “significantly reduced joint swelling,” reduced signs of “spontaneous pain,” and generally showed “therapeutic potential for relief of arthritis pain-related behaviours and inflammation without evident side-effects.” Less commonly (or at least prominently) mentioned is that the study was conducted on a group of about 50 rats.

So far, human studies have yielded decidedly mixed results. A 2019 study published in the Journal of the International Association for the Study of Pain (which was conducted on a group of 20 chronic pain patients) found that neither THC- nor CBD-dominant treatments were more effective at relieving pain than a placebo. This echoed a 2018 paper in The Lancet, which found “no evidence that cannabis use improved patient outcomes” among those dealing with chronic pain.

Even the studies that do suggest cannabis could potentially be useful for treating joint pain tend to come with a large grain of salt. Few illustrate this quite so handily as a 2017 review of the existing scientific literature on cannabis and pain, which was conducted by researchers at the Department of Veterans Affairs (VA). After examining nearly 11,000 papers, the team “found low-strength evidence that cannabis preparations with precisely defined THC:CBD content (most in a 1:1 to 2:1 ratio) have the potential to improve neuropathic pain but insufficient evidence in other patient populations.”

As is so often the case with medical cannabis, it’s simply too soon to make a firm conclusion on whether it’s a viable treatment for joint pain.