Can Cannabis Be An Effective Treatment for Anger? 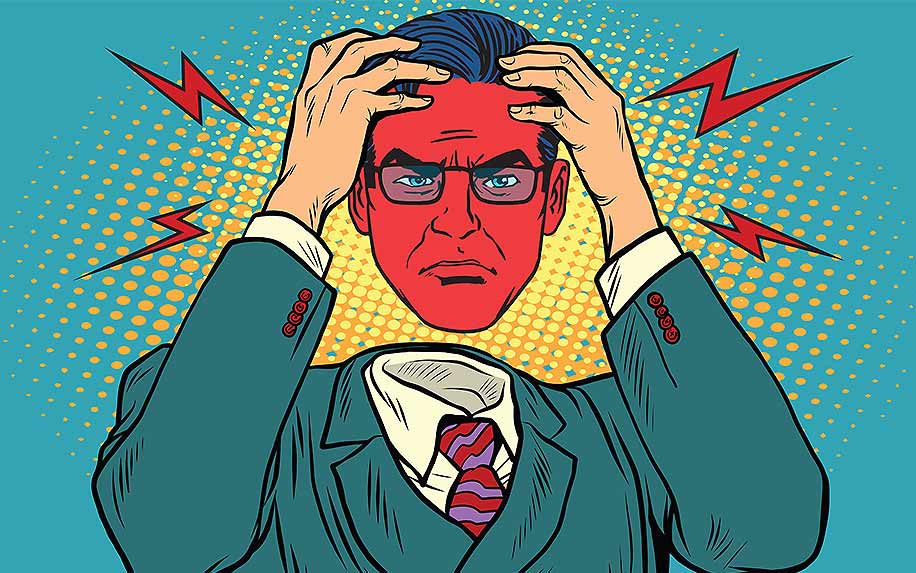 There’s not much evidence available on how exactly cannabis interacts with anger. Image Credit: By studiostoks on shutterstock.

It’s safe to assume that everyone has experienced anger, at least in some capacity. The triggers, causes, and consequences of anger do, however, vary from scenario to scenario. For example, take a bad night’s sleep, sprinkle in some “You shouldn’t eat that, you’re on a diet” or “Your stuff is everywhere!” add a dash of dog chewing through one of your shoes — recipes for anger are pretty easy to formulate.

Anger is pretty much endemic to all humans, however, between 7 and 9 percent of those in the U.S, experience more intense anger disorders. Breathing exercises, meditation and behavioral changes are commonly recommended solutions. Modern society, however, doesn’t always afford us the time we need to dedicate to learning and introducing these things into our lives. We live in an age in which we are looking for quick-fixes, and as a result, many people who experience are turning to mood-stabilizing medications, and — as it becomes legal in more states —cannabis, which may or may not bring about desired results.

There are multiple types of anger (though it’s important to note that there’s no standard or consensus among psychologists as to how many types there are), they include passive aggression, open aggression, and assertive anger. These types of anger, at least one theory suggests, are best understood by the following six dimensions:

So what to do once you understand your “type” of anger and experience of it? Psychologists, philosophers, and religious leaders generally start with the same advice when dealing with an anger management issue: take a moment and identify the source of what’s making you mad

What that means more precisely is to pause and ask yourself questions: How do you feel? What’s your body doing?

And perhaps most importantly: What is causing the anger?

Loss and Hurt as Sources of Anger

Loss is a broad term which can refer to a variety of situations — loss of a family member, loss of routine, loss of stability at work or home, loss of respect (either from others or yourself), or even loss of hope. Hurt can be caused by feeling defeat, injustice, helplessness, disappointment or a need for respect.

Due to the aggressive, unsettling nature of anger, not expressing anger or suppressing it may seem like a good solution. The result of suppressed anger, aside from increased stress levels, can be a breakdown in relationships (of all varieties) due to passive-aggressive behavior and/or a buildup of resentment.

High blood pressure, stress, and depression are also possible consequences of unresolved anger. However letting anger freely express itself  isn’t the ideal choice either. There’s a significant link between uncontrolled expression of anger and increases in aggression over time. It also offers no true resolution. Society seems to deserve some of the blame for how we manage our emotions, conforming to social norms and being amicable at all times is almost forced upon us. Feeling sad or angry is generally shunned, and these “negative” emotions are just part of a healthy emotional spectrum. (That’s without even getting into the issues that can arise from social media.)

Identifying why you feel angry is critical in the anger management process. Anger does have a purpose. Our negative emotions can be powerful motivators. However, the American Psychological Association states excessive anger is associated with health risks, and this is applicable to all forms of anger. So it’s important to embrace anger, pick it apart, and see what makes it tick and then find a way to diffuse it.

Dealing with Anger — Can Cannabis Help?

Drowning your sorrows in alcohol, or using substances to soften or escape from reality, can be a tempting option for people who have difficulty expressing themselves. It’s just as alluring for those who may be capable of working through their feelings, but are overwhelmed or isolated. It’s great to tout the benefits of talking about and working through your anger, but this assumes you have someone you trust enough to be open with.

When dealing with feelings of anger, many people turn to alcohol, which is an addictive and damaging substance that’s well known for its detrimental effects on emotions. Research on cannabis, now legal in some parts of the world, is more promising as a treatment for anger, but still seems full of contradictions. Early studies suggest that CBD has been seen to improve mood disorders. Other research associates cannabis consumption with an increased risk of mood disorders. Turning to any recreational substance in an attempt to manage emotions isn’t a good decision (unless prescribed by a medical professional). Alcohol abuse is especially high risk in terms of its negative influence of quality of life and health.

There’s not much evidence available to base a theory of how exactly cannabis interacts with anger. What is definite, however, is that excessive use won’t aid in the healthy expression and management of this volatile emotion.One research group, for example, found that an increase in cannabis consumption corresponds with a (small) increase in the frequency of violence. In small doses at the right ratios of CBD to THC, it has been associated with beneficial effects on anxiety, high blood pressure, and as an aid to sleep (although this may be mediated via the cannabinoid CBG). With anger, it might be best to seek alternative ways of management.