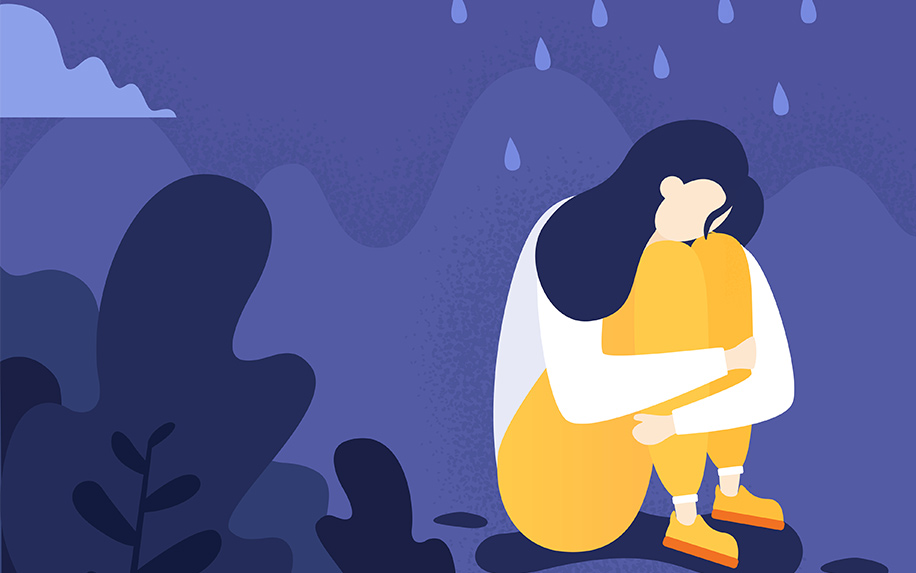 Depression is one of the most challenging — and common — mental health issues in the world today. According to the Anxiety and Depression Association of America (ADAA), around 16 million American adults live with depression. That means each year more than 6.7 percent of the population is struggling with feelings of intense sadness, worthlessness, and hopelessness. Other symptoms of depression can also interfere with daily life. The condition makes it difficult to concentrate or complete simple tasks. Agitation and anxiety go up, and appetite goes down. If you’re living with depression, you probably don’t need to be told just how drastically it can affect your quality of life.

You also don’t need to be told how hard it is to find a solution that works. Medical experts frequently recommend psychotherapy, pharmaceutical medications, and lifestyle changes to relieve depression. These are effective for many people, but others still struggle to find relief. As a result, there’s a growing interest in alternative remedies for depression — including cannabis massage.

If you’re unfamiliar with cannabis massage, here’s a quick and simple explanation. Essentially, it’s a standard massage with the addition of cannabis topicals like oils, salves, or balms. While it’s a relative newcomer to the world of wellness, which explains the lack of scientific studies on it, the research does suggest that both massage and cannabis might be worth a try for people whose depression isn’t eased by traditional treatments.

What the Research Says About Massage (and Cannabis) for Depression

Massage doesn’t just relax your muscles — it can also relax your mind. According to the Mayo Clinic, “A 60-minute massage can lower cortisol, a hormone that’s produced in response to stress, by an average of 30 percent.” Massage also boosts the brain’s levels of serotonin, a neurotransmitter that plays a vital role in determining mood. Higher levels of serotonin are linked with feelings of peace and well being, which is why it’s sometimes known by the (oversimplified) nickname of “the happiness hormone.”

A number of clinical studies have illustrated just how effective massage can be in relieving the symptoms of depression. A 2010 review in the Journal of Clinical Psychiatry examined 17 studies involving 786 people, and found that “[all] trials showed positive effect of massage therapy on depressed people.” This led the researchers to conclude that “[massage therapy] is significantly associated with alleviated depressive symptoms.”

When it comes to cannabis, the picture is a bit murkier. Because of federal restrictions on cannabis research (which are slowly beginning to loosen), scientists are still unsure how effective this plant medicine can be for alleviating depression. However, some of the early results are promising. For example, a 2014 survey of 100 medical cannabis patients in Hawai’i found that half of them reported significant decreases in their levels of stress and anxiety, both of which frequently accompany depression. A smaller number of patients said that cannabis directly relieved their depression.

On the other hand, a recently published study in The Lancet Psychiatry found there was little evidence to support cannabis as a treatment for depression thus far. While this is a good reminder not to overstate the plant’s potential, it’s also worth keeping in mind the words of Dr. Ethan Russo, one of the world’s preeminent cannabis researchers. As he writes in his book “Cannabis and Cannabinoids: Pharmacology, Toxicology, and Therapeutic Potential,” the stigmas and restrictions around the clinical use of cannabis means that “the scientific evidence for a specific indication does not implicity reflect the actual therapeutic potential for a given disease.”

Case Study: How People With Depression Could Benefit From Cannabis Massage

At Primal Therapeutics, my cannabis massage practice in Colorado, we’ve worked on thousands of patients since 2014. Depression is a common issue for many people who come to us, and massage seems to have a way of making them open up about the challenges they’re facing. By the end of the session, it’s not uncommon for us to feel like psychologists — which is a relatable feeling for many massage therapists out there.

For example, our lead therapist Priscilla Solis has recently been working with a patient who had a stroke. Needless to say this is an extremely traumatic event with a long and arduous healing process. His limited mobility left him dealing with depression and anxiety that he struggled to manage on his own.

However, thanks to weekly treatments both the patient and his family have noticed significant improvements in his mood, especially right after a session. As Solis says, “I notice a difference when I am working on him. I can see not only does he physically feel better, his mood just seems lighter.”

Since everyone’s experience of depression is different, their responses to cannabis massage will be different, too. Some patients feel the beneficial effects of their treatment for a few hours, while others get a boost in mood for several days or even weeks. The type of topical used in the massage may also affect how people respond. In states with legal cannabis, therapists might use a product rich in THC, while therapists in states that have yet to legalize will use CBD-only treatments. Many people report that products containing both cannabinoids provide more relief, though the science is still fuzzy on this question.

Regardless of the topical, though, cannabis massage is an intriguing option for relieving the signs and symptoms of depression. It’s non-invasive and pharmaceutical-free, and it can soothe both the body and mind. After seeing what it can do for my patients in Colorado over the years, I’m looking forward to exploring how it could help people everywhere around the world.