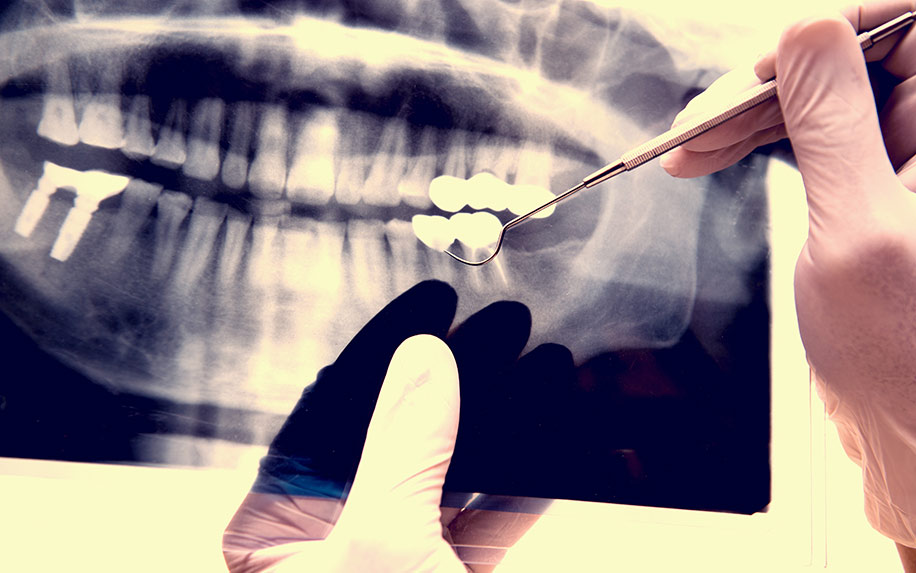 Some experts believe cannabis may negatively impact your dental health. Image Credit: By hxdbzxy on shutterstock.

It’s official: cannabis has gone mainstream in America. According to a recent survey from Marist College and Yahoo News, nearly 55 million American adults currently use the plant in one form or another. And while many of them are after its therapeutic qualities — studies show even recreational users find medical benefits from cannabis — those who choose to smoke it (still by far the most popular option) might be unaware of its potential impact on their oral health.

Interestingly, the solution to some of these cannabis-induced oral health issues might be cannabis, at least if you believe the marketing hype. Cannabis toothpastes and CBD mouthwashes claim to fight the inflammation and bacteria that cause many oral health problems, and the number of such products seems to grow by the day.

But there’s little evidence to back them up so far, and as everyone knows, an eighth of prevention is worth an ounce of cure. So if you do decide to keep smoking cannabis, it’s important to schedule regular checkups with your dentist — and to familiarize yourself with the ways it can affect your oral health.

Regardless of the delivery method, cannabis makes you really thirsty — which explains the “cotton mouth” complaint many consumers have. But why? A 2006 study from Argentinian researchers investigated this question and found that the salivary glands in the mouth have cannabinoid receptors that can effectively “turn off” saliva production. The compounds in cannabis activate these receptors, which in turn causes that familiar dry mouth sensation.

Beyond being a nuisance, chronic dry mouth can cause a whole host of dental issues. After all, saliva is the bodily fluid in charge of keeping the mouth moist and washing away any nasty bacteria that may enter the oral cavity (i.e. your mouth) and wreak havoc. In the absence of saliva, these bacteria can cause cavities, infections of the oral tissue, and even worse — periodontal disease.

In case you’re unfamiliar with periodontal disease, it’s an infection of the tissues and bones that hold your teeth in place. Left untreated, it can literally make your teeth fall out (along with some other unpleasant side effects). And according to a 2017 study in the Journal of Periodontology, frequent cannabis use can increase your odds of contracting it.

Analyzing data from 1,938 adults, researchers found that frequent cannabis users had a significantly greater risk of increased probing depth (i.e. the gap between your teeth and gums), clinical attachment loss (i.e. a weakening of the bonds that hold your teeth in place), and severe periodontitis in general.

While it’s not clear if cannabis itself is wholly responsible for this — poor oral hygiene is a leading cause of periodontal disease, and it’s possible that the cannabis users in this study just weren’t fond of brushing for whatever reason — it’s certainly a sobering thought.

Cannabis Smoke May Discolor Your Teeth and Oral Tissue

It’s common knowledge that smoking cigarettes can stain your teeth — and the same applies to smoking cannabis. In many cases, frequent users develop greenish-brown stains on their teeth. There are ways to counteract this, at least to some extent: one method is to gargle baking soda before brushing, which helps remove the sticky film that can build up on the teeth.

However, some types of discoloration can be a sign of a more serious problem. According to a 1993 study in the journal Community Dentistry and Oral Epidemiology, regular exposure to cannabis smoke can cause issues like leukaemia and leukoplakia. Both of these involve discolored lesions on the oral tissues. While mild versions tend to go away on their own, severe cases can sometimes develop into oral cancers.

Smoking Cannabis May Cause Oral Infections

Although cannabis is known to have antibacterial properties — a 2008 study by Italian researchers showed that all five major cannabinoids “showed potent activity” against common drug-resistant bacteria — many of these advantages are mitigated (or disappear entirely) when it’s smoked.

A 2005 report from the Australian Dental Association found that cannabis users are “prone to oral infections, possibly due to the immunosuppressive effects” of cannabis. Some of the consequences of oral infections are relatively mild, like bad breath. In some cases, though, they can lead to cavities, gingivitis, and other serious issues.

Cannabis Might Increase Your Risk of Mouth and Throat Cancers

Some researchers and dental health specialists hypothesize that both the heat of cannabis smoke and the potential carcinogens in the smoke itself may put users at a higher risk of developing mouth and even neck cancers.

As dentist Melissa Beadmell wrote in an article for the American Dental Association, “The high intraoral temperature from marijuana smoking can cause changes in oral tissues and cellular disruption,” which can be linked to the development of oral cancers.

However, the research paints a mixed picture when it comes to cannabis smoke and cancers of the mouth and throat—sometimes in the same study. For example, a 2008 study in the journal Otolarynology—Head and Neck Surgery begins by stating that “Cannabis smoking also has the potential to contribute to the risk of head and neck cancer.” However, the results of the study showed that “[cannabis] use did not increase the risk of head and neck cancer,” though the researchers stated that larger and longer human studies are needed to reach a definite conclusion.

So, Should You Quit Cannabis to Protect Your Oral Health?

It’s certainly the safest option, but for most people, it’s unlikely to be an appealing one. While it’s clear that smoking cannabis isn’t great for your oral health, there’s no shortage of other ways to use the plant.

Here’s a far-from-exhaustive list of cannabis delivery methods that are easier on your mouth than smoking:

There are also a number of cannabis products that are specifically designed to support oral health. Aside from the aforementioned infused toothpastes and mouthwashes — which most people are unlikely to use during their daily routine — cannabis chewing gum from companies like AXIM Biotech is also carving out a niche in the market. In theory, it not only delivers antibiotic cannabinoids directly to your oral tissue, but stimulates saliva production through the act of chewing, as well.

As you might expect, no studies have examined whether cannabis gum works in practice or not, and it’s generally a good idea to view claims about new cannabis products with a healthy degree of skepticism.

On the bright side, having more alternatives to smoking is probably a good thing.