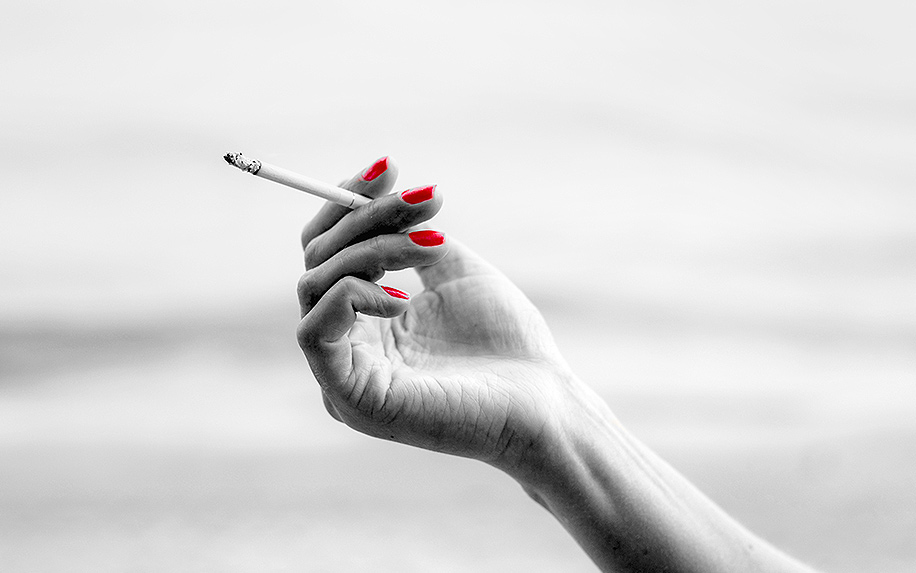 Young people are increasingly turning away from cigarettes and turning to cannabis instead.Image Credit: By karnaval2018 on shutterstock.

According to a new Gallup poll, the percentage of American adults that smoke cigarettes is at a 75-year low — partly because many young adults are reaching for cannabis instead.

The July 2019 poll found that 15 percent of American adults smoke cigarettes, compared to 12 percent who smoke cannabis. However, only 14 percent of respondents between the ages of 18-29 said they smoked cigarettes, while 22 percent said they smoked cannabis. Though the poll didn’t provide a gender breakdown for these figures, among users of all ages, men were more likely to smoke cannabis than women (15 percent vs. 9 percent).

While the new survey doesn’t prove that young Americans are directly swapping tobacco cigarettes for cannabis joints, it does give researchers a better understanding of the demographics of the cannabis trend — and suggests the cannabis market may overtake tobacco before long.

As Gallup’s Lydia Saad wrote, “Now that younger people have [the option of vaping or smoking cannabis], the future of U.S. tobacco sales looks more tenuous.”

This is something that health advocates have hoped for (and tobacco companies have feared) for many years. According to data from the U.S. Department of Health and Human Services (HHS), the percentage of high school seniors who smoke cigarettes dropped from 28.8 percent in 1976 to just 3.6 percent by 2018, largely due to “local, state, and national anti-tobacco campaigns” along with restrictions on tobacco advertising, the widespread implementation of smoke-free laws, and steep taxes on tobacco products.

With more young people turning away from cigarettes (and, increasingly, toward cannabis), the impact on public health in America could be significant. Though cannabis is not a risk-free substance — and few would argue that young people should be encouraged to view it as a healthy substitute for cigarettes — studies have shown smoking cannabis is significantly safer than smoking tobacco.

For example, in 2012 the University of California-San Francisco concluded a 20-year long study involving more than 5,000 participants that showed cannabis use (at least in the low to moderate doses favored by most users) caused much less damage to the user’s lungs than tobacco. As the paper’s lead author, Dr. Mark Pletcher, said, “We found exactly what we thought we would find in relation to tobacco exposure: a consistent loss of lung function with increasing exposure. We were, however, surprised that we found such a different pattern of association with marijuana exposure.”

It’s possible that the Gallup poll may have even underestimated the number of young cannabis users in America. While the survey’s methodology was generally solid — researchers conducted phone interviews with 1,525 adults from all 50 states, using both cell phones and landlines — there was one major flaw: It relied on self-reported data.

This is a common problem in cannabis research, especially when the subject has no idea who the researcher is. Even in cases where they do have a pre-existing relationship, convincing people to be forthright is often a challenge. Dr. Kelly Young-Wolff, who recently completed a study on cannabis use among pregnant women, wrote in the scientific journal JAMA Network Open that she believed her own figures regarding her subjects’ cannabis use were too low, since the women “may [have been] unwilling to disclose their substance use to a medical professional.”

Talking about one’s substance with a stranger over the phone is, presumably, even more daunting than sharing it with a doctor. Despite the fact that the stigma of being a cannabis user is rapidly fading — and the plant has become so popular that even senior citizens are enthusiastically embracing it — it’s still federally illegal, and only 11 states (with Illinois being the most recent) have legalized its recreational use.

Still, taken in conjunction with previous data, this most recent Gallup poll gives statistical credence to the idea that the age of tobacco may be ending — and the age of cannabis may be just beginning.