Why the FDA Just Cracked Down on a Major CBD Brand 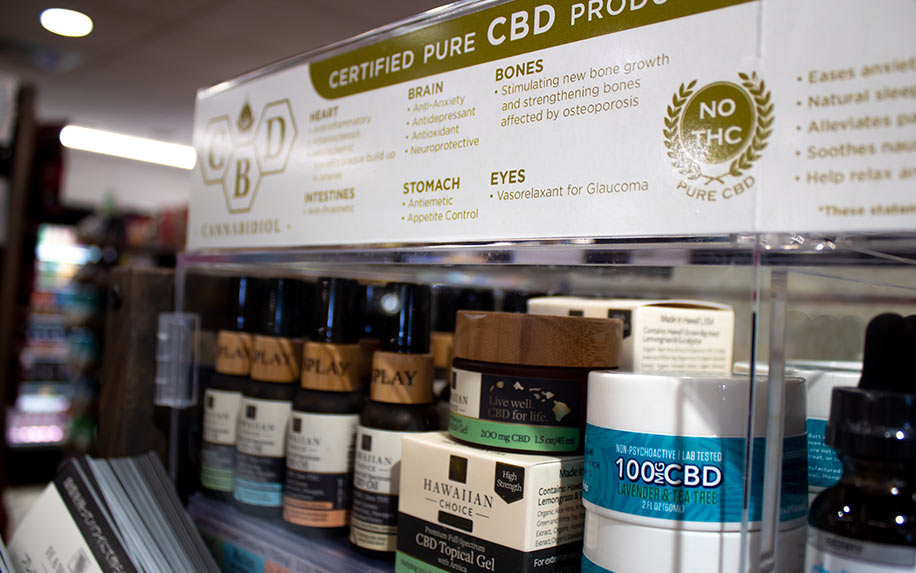 The FDA is cracking down on brands for misleading marketing that’s in violation of its guidelines.Image Credit: By Kevin McGovern on shutterstock.

Ever since the Food and Drug Administration (FDA) held a hearing in May to determine the future of CBD regulation, the agency has promised to keep a closer watch on the burgeoning industry that many have (correctly) compared to the Wild West. Aside from releasing a public list of the agency’s concerns about CBD, officials have also amped up the pressure on local governments that previously permitted the sale of still-technically-illegal edibles, with New York being the most notable example (though that crackdown hasn’t gone especially well so far).

The FDA’s first salvo was fired against a brand called Curaleaf, one of the biggest and (at least until now) most reputable cannabis wellness brands in the country. Just a few months ago, the company signed a massive deal with CVS Pharmacy to stock CBD products in 800 of its stores around the country. But in late July, the agency sent a warning letter castigating the brand for misleading marketing that is in violation of FDA guidelines. It is the first warning to come out against a multi-state operator in the CBD market since the May hearing.

What were those misleading claims, exactly? First, several of the products in Curaleaf’s line are labeled to diagnose, cure, mitigate, or treat ailments like ADHD, chronic pain, schizophrenia, and cancer — though the research for such uses is preliminary at best (and that’s being generous). And, because the FDA doesn’t consider many of the ailments cited to be self-diagnosable, they also criticized Curaleaf for not urging people to go see medical professionals first.

The 3,000+ word letter highlighted the claims about Curaleaf’s “CBD Lotion,” “CBD Pain-Relief Patch,” “CBD Tincture,” and “CBD Disposable Vape Pens” as particularly egregious, and deemed them “unapproved” and “mislabeled” drugs as a result. The FDA also found that Curaleaf’s “Bido CBD for Pets” anti-anxiety drops were “unapproved”, “unsafe,” and “adulterated.” In addition, it found fault with many of the educational resources provided on the brand’s webpage, saying that “[established] the intended use of your products as drugs.”

After exhaustively listing the violations on Curaleaf’s product labels, website, social media channels, and elsewhere, the FDA warned that “[failure] to promptly correct these violations may result in legal action without further notice, including, without limitation, seizure and injunction.”

Is This a Tipping Point for CBD Marketing Claims?

The FDA’s letter perfectly encapsulates the confusing legal status of CBD at the moment. There is only one FDA-approved CBD product, an anti-epilepsy drug called Epidiolex, and while the passage of the 2018 Farm Bill emboldened brands in the CBD industry to sell their products more widely, the FDA still hasn’t announced any regulations for their sale, manufacturing, or marketing. As a result, some brands have forged ahead with crossed fingers, while others (like Ben & Jerry’s) are waiting until the guidelines are more specific.

Those like Curaleaf that have disregarded the risks (likely enticed by the potential of a multi-billion dollar market that’s expected to only get bigger in the years to come) have played fast and loose with the rules for years, and it appears the time may have finally come for a reckoning. Though much of the research on CBD is promising, it’s far too early to believe that it’s a cure-all that can replace traditional medical treatment, especially when it comes to serious diseases like cancer.

Aside from the damage to their reputation, Curaleaf saw a major decline in its stock price after the warnings were issued (shares fell over 7 percent in just a day), suggesting that increased FDA monitoring could make the booming CBD market more volatile.

In a statement, Curaleaf said it “is fully committed to complying with FDA requirements for all of the products that it markets.”