Why Is CBD So Expensive? 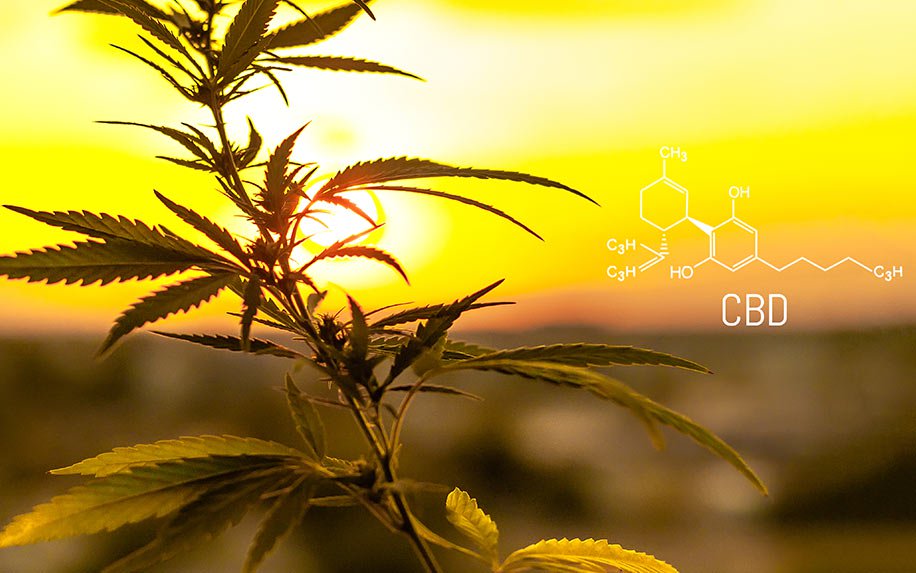 There’s no single reason that can explain CBD’s costliness by itself.Image Credit: By PRO Stock Professional on Shutterstock

Even if you have only the vaguest awareness of cannabidiol (CBD), you probably know that 1) it comes from cannabis, 2) it doesn’t get you high, and 3) it’s often incredibly expensive. It’s not just the oil itself that’s so pricey — anything it touches seems to double (or triple, or more) in price. From $5 CBD seltzer waters to $100 CBD face creams, the mere addition of CBD in any quantity seems to be a justification to charge more.

There are a number of theories regarding why CBD oil and CBD-infused products cost so much. Perhaps the most cynical (though not always inaccurate) one is that “CBD” is little more than a marketing term that people have been taught to associate with health and relaxation, which makes them willing to pay higher prices for any product with those three letters in front of its name. The strongest evidence for this theory comes from a Food and Drug Administration (FDA) hearing held on May 31, where an executive from the wellness brand Wildflower admitted that CBD beauty is mostly a scam, saying, “[CBD] is more desirable in the product, not through clinical definitions but consumer opinion.”

However, while many CBD products are expensive for no other reason than to extract more money from unwary shoppers — it’s wise to be especially skeptical of “celebrity-endorsed” CBD — other products like the high-powered Charlotte’s Web oil featured in CNN’s 2013 documentary “Weed” can point to more legitimate explanations for their priciness.

To understand why CBD oil costs so much, it helps to understand a little about the compound itself.

CBD is a cannabinoid, which is a type of natural chemical produced by the cannabis sativa genus of plants (including both hemp and marijuana). There’s no scientific consensus on the exact number of cannabinoids found in cannabis plants, but many reports put the figure around 110. Aside from CBD, tetrahydrocannabinol (THC) is the most prominent cannabinoid.

As you may have heard, THC gets you high and CBD does not. The reason why is surprisingly simple — they trigger different receptors in the body. These receptors are known as CB1 and CB2, and only the former can induce intoxicating effects (i.e. make you feel high). While both CBD and THC can activate the body’s CB2 receptors, only THC can activate CB1 receptors. This is why even large doses of CBD are unlikely to get you high; it would be like trying to get drunk by chugging orange juice. It just doesn’t push the right buttons.

Since THC and marijuana are known to be intoxicating while CBD and hemp are not, many people assume that each cannabinoid is found only in its respective plant. This is wrong — both THC and CBD are present in both marijuana and hemp. The only difference is that hemp plants have been bred over many generations to contain extremely low amounts of THC (by its legal definition, the term “hemp” refers to cannabis sativa plants with a THC content of under 0.3 percent).

So does that mean marijuana is high in THC and hemp is high in CBD? Not exactly. Marijuana actually contains significantly higher levels of both cannabinoids. This is because marijuana has much more resin than hemp, and resin is where cannabinoids are found. The most resin-rich parts of the plant are the flowers, for which most marijuana plants are grown. Hemp plants, on the other hand, tend to be more prized for their stalks (which contain relatively little resin) and seeds (which contain no resin at all). For this reason, any CBD product that claims to be made with hemp seed oil — like those available on Amazon — should be avoided.

There’s no single reason that can explain CBD’s costliness by itself. Rather, the steep prices are due to a number of factors that add significant costs at every step of a CBD product’s journey from seed to shelf.

Below, you’ll find a quick breakdown of the main stages of a CBD product’s lifecycle, and the main challenges faced by cultivators, manufacturers, and distributors. Since hemp-derived CBD accounts for the vast majority of the market — it’s available over the counter almost everywhere in the United States, with a few exceptions, while marijuana-derived CBD is only available at licensed dispensaries in states with legal medical or recreational cannabis — we’ll be focusing primarily on the costs associated with hemp CBD.

Why Cultivating and Extracting CBD Is Expensive

According to the National Conference of State Legislatures, there are 41 states across the country with their own hemp cultivation and production programs. These individual programs dictate many of the requirements that farmers must follow to ensure their hemp crops are legal and saleable. The fees and licenses associated with these programs can vary widely, but regardless of location, all hemp farmers face a similar set of challenges:

1. It’s Hard to Find the Right Seeds: Since the production of hemp was tightly restricted for decades in the U.S., most commercial seeds must be acquired from Europe or Canada, as Michael Bowman, founder of the National Hemp Association, told Successful Farming. What these seeds will yield is unpredictable — the growing conditions in the U.S. are often different than those of the seeds’ origin, and as a result farmers often find out at harvest time that their “hemp” crops exceed the legal limit of 0.3 percent THC. When this occurs, the entire harvest is deemed unusable and must be destroyed.

2. The Growing Process Is Energy- and Resource-Intensive: Although the term “industrial hemp” is commonly used to describe the commercial hemp crops grown in America and elsewhere, growing the plant for CBD-extraction purposes is a surprisingly bespoke process. According to Bowman, hemp that is grown for “traditional” purposes (like the production of hemp bioplastic) is planted at a rate of 400,000 plants per acre, and can be harvested quickly by machine. By comparison, an acre dedicated to producing hemp for CBD extraction can contain as few as 1,000 plants, which must receive more “personalized” attention, often by hand.

Why Manufacturing and Distributing CBD Is Expensive

Once the CBD oil has been successfully extracted from the plant, one might expect the hard part to be over, but that’s far from true. The next step of the supply chain is just as fraught with fees, confusing laws, and other pitfalls.

1. CBD Businesses Face Steep Operating Costs: According to Modern Farmer, it takes around 50 acres to support a viable outdoor growing operation for CBD hemp, and according to the Marijuana Business Factbook, the total startup costs for such an operation (which include state licenses, equipment, and staff salaries) equal around $10 per foot — which means prospective entrepreneurs need around $2.178 million just to get started. Indoor operations aren’t much cheaper: an estimate from Cannabis Business Plans suggest that growing indoors requires an initial investment of at least $800,000, and it’s worth noting that this figure doesn’t include taxes, distribution costs, or other indirect expenses.

2. Quality Control Is Pricey: Since CBD is not yet regulated by the Food and Drug Administration (FDA), the only way for CBD businesses to “prove” their products are legitimate is through independent testing from third-party laboratories, which adhere to standards set by organizations like the American Herbal Products Association and the U.S. Hemp Association. Typically, they run five major tests: for potency of the product’s cannabinoids, its terpene content, its residual pesticides from growing, its residual solvents from processing, and its amount of heavy metals. Depending on the scale of the operation, these tests can cost thousands of dollars a week.

Products that aren’t third-party tested tend to be cheaper than the alternatives, but the lower price comes with major catches. For example, the cheapest CBD oil tends to be made from Chinese-grown hemp, which comprises around 70 percent of the total world market. This can be problematic, since the country’s environmental standards are notoriously lax (though the U.S. is not without problems of its own in this regard) and hemp is a bioaccumulator, meaning that it easily absorbs materials from the soil in which it’s grown.

As hemp farmer Jason Cranford told ABC News, overseas hemp is commonly used as a “cover crop” that is planted to “suck out the pesticides and heavy metals on soil there so they can plant food crops next.” While this might be beneficial for the soil, it’s not quite as good for the human who consumes CBD derived from the hemp planted on it.

In many cases, the contents of cheap CBD products are far different than they appear on the label. As detailed in Consumer Reports, the amount of contamination in low-priced CBD products is staggering — products may contain dangerous synthetic cannabinoids, high-powered cough syrups, or elevated levels of THC (and oftentimes, not a trace of CBD).

To make a long story short: if you’re serious about purchasing a CBD product that’s both safe and effective, you should be ready to pay a little extra.

Is CBD Worth the Money?

In the end, this is the single most pressing question that most people have about CBD … and it’s also the most difficult one to answer. If you’re forking over $15 for a single stick of CBD deodorant that (probably) won’t keep you from sweating through your shirt during an important business meeting, the answer is likely “no.” It’s undeniable that CBD has become an insanely lucrative marketing gimmick, and that many of the products that contain it are overpriced versions of normal products that serve the same purpose (see: CBD sports drinks).

On the other hand, many medical professionals have found CBD to be highly useful in the treatment of conditions ranging from autism to childhood epilepsy to sleep problems. This doesn’t mean that using a CBD product selected at random will be effective for these issues, but it does indicate that the right product (applied at the right dosage) could offer relief for people living with them.

If you’re wondering what you can do to improve your chances of choosing a high-quality CBD product that works, the two most important things are: 1) make sure it’s been tested by a third-party laboratory that provides detailed test results, and 2) make sure your product contains full spectrum CBD oil, which contains a richer blend of therapeutic compounds than other varieties.

Aside from that, your best bet is hoping that the FDA gets its act together and establishes clear, effective regulations soon, but don’t hold your breath.