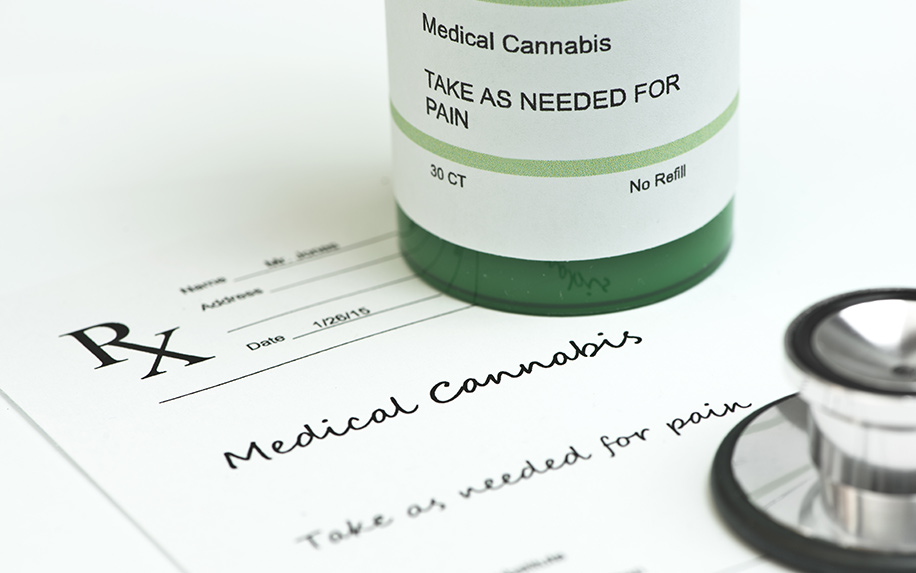 Many doctors are reluctant or unwilling to prescribe medical cannabis due to a lack of knowledge about the plant or fear of professional stigmatization. Image Credit: By Sherry Yates Young on shutterstock.

Even in places where medical cannabis is legal, patients often face an uphill battle to access their medication. Aside from the legal hurdles, many doctors are reluctant or unwilling to prescribe medical cannabis due to the complex bureaucracy involved, a lack of knowledge about the plant, or fear of professional stigmatization.

The issue has become an international one — and around the world, a growing number of health professionals are calling for the medical community to take a more open-minded view toward cannabis.

One of the most recent examples comes from New Zealand. According to a recent survey of 728 New Zealand health professionals — including general practitioners (GPs), medical cannabis specialists, junior doctors, and nurse practitioners — a majority of generalists and specialists alike think that GPs should be able to directly prescribe medical cannabis when becomes widely available in the country. Widespread rollout is expected to start in late 2019 or early 2020, according to The Guardian.

The survey, which was a collaboration between biotech company Helius Therapeutics and research firm Horizon Research, solicited feedback on a proposal for a regulatory framework for medical cannabis, after the December 2018 passage of legislation on the issue. The current proposal allows for doctors and nurse practitioners to prescribe Medsafe-approved medicines (which are approved by a national regulatory authority), but requires a specialist’s sign-off for medicines that aren’t Medsafe-approved.

Paul Manning, the executive director of the company that commissioned the survey, Helius Therapeutics, said that the results give insight into the capacity of the health sector to cope with expected demand.

“Serious concerns about the lack of capacity in our healthcare system to cope have now been confirmed by the very people who work within it,” he said. “This is a real wake-up call.”

Similar issues have plagued medical cannabis patients in the United States, with multiple (some would say superfluous) levels of authorization making it difficult for many to get the medicine they need. The problem has been brewing for years — in 2013, the parents of two-year-old Dravet syndrome patient Vivian Wilson campaigned for a change to New Jersey’s medical cannabis law, which stated that minors in need of a prescription must get a psychiatrist’s approval.

“The psychiatrist is just a roadblock,” father Brian Wilson told CNN. “There’s no rhyme or reason to have a psychiatrist be part of this decision. You’re talking about sick kids who aren’t even mentally necessarily capable of talking. Vivian can’t even talk.”

When then-Governor Chris Christie insisted on retaining the psychiatrist rider, the Wilson family relocated to Colorado, where cannabis has been fully legal since 2014. Since then, Vivian has been able to legally use cannabis oil, and has remained mostly seizure-free.

As of July 2019, physician assistants and advanced practice nurses in New Jersey have been able to prescribe medical cannabis — which advocates say will dramatically increase program enrollment.

Many Doctors Skeptical, Uneducated About Cannabis

But just giving doctors the ability to directly prescribe cannabis isn’t enough, according to some.

Dr. Josh Kaplan, Assistant Professor of Behavioral Neuroscience at Western Washington University, chocked up doctors’ medical cannabis aversion to a lack of scientific, peer-reviewed studies on its efficacy. In an article for Leafly, he argued that since cannabis is still federally illegal in most countries (which has stifled cannabis research for much of the last century), the type of double-blind proof that doctors have come to rely on is sadly absent, replaced instead with mostly anecdotal reports.

Again, the problem is an international one. Kaplan’s argument mirrors the testimony given by the U.K.’s Royal College of Physicians during a recent House of Commons inquiry into why medical cannabis wasn’t being more widely prescribed under the country’s recently liberalized laws: “There is a perception that CBMPs [cannabis-based medicinal products] work in areas where there is little or no evidence, and some patients feel they are being denied access to an efficacious drug.”

The testimony exposed a disconnect between doctors’ expectations regarding medical cannabis and those of the public — doctors are awaiting the results of loosened restrictions into clinical trials for cannabis, while the public is convinced by the stories that drove the campaign for legalization.

Patient advocate Shari Berman points to a problem of stigma. On a visit to a teaching hospital in Boston, Berman was told by a nurse practitioner how “desperate” patients were to learn about medical cannabis — and were prevented from doing so by the lack of a designated health professional to consult with.

“The protocol is to write a prescription for sleeping pills or anti-anxiety or pain meds [rather than considering cannabis],” she wrote in an op-ed for STAT. “No one wants to be known as the ‘pot doctor’ or take the risk of recommending marijuana.”

That seems to be the case today — but if the recent New Zealand study is any indication, attitudes toward cannabis within the medical community could be changing faster (and more significantly) than many would imagine.