Why Can’t Canadian Cannabis Dispensaries Keep Up With Demand? 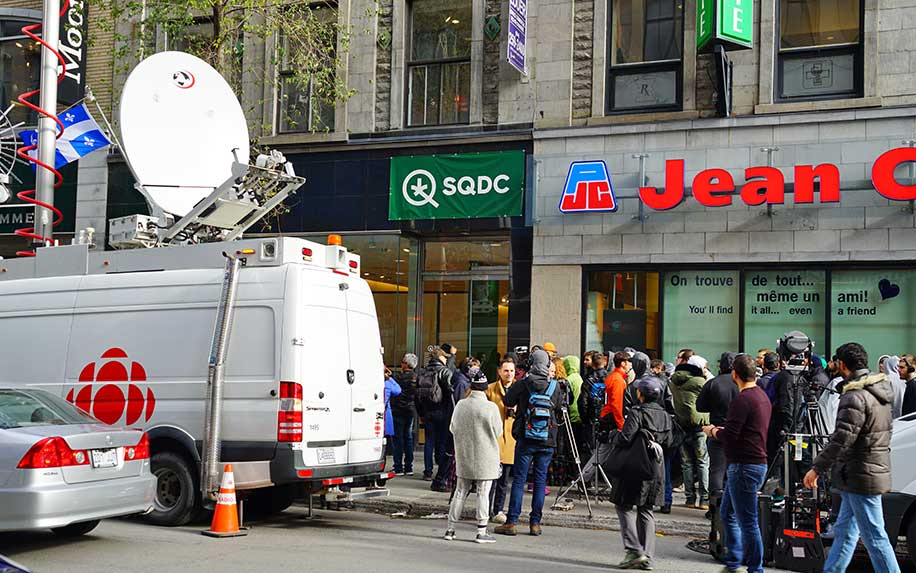 Cannabis is becoming more popular than ever. So much so dispensaries are running out of stock. "We didn’t have enough producers" said Rosalie Wyonch. Image Credit: By pathdoc on shutterstock

In October 2018, Canada became the second country in the world to legalize cannabis. The move was met with enthusiasm and excitement by many Canadians — so many, in fact, that Canada’s legal cannabis industry is having a hard time satisfying all its new customers.

With people seeking cannabis to treat everything from pain to depression, dispensaries across Canada are struggling (and often failing) to keep their shelves stocked. Some have even had to close temporarily while they wait for more products to become available. Proponents of legalization were optimistic that legal cannabis would spur the growth of a large, profitable industry that would provide employment, attract tourists, and eliminate the black market. However, building a reliable supply chain has proved to be a challenging task for Canada’s cannabis businesses.

This issue is not entirely unexpected. Some industry experts (Rosalie Wyonch, C.D. Howe Institute) had predicted cannabis shortages were bound to happen, due to insufficient preparation. “We didn’t have enough producers far enough ahead from legalization that they’ll actually be able to deliver enough product to market by the time legalization happens,” said economist Rosalie Wyonch, shortly before the Canadian government legalized cannabis on a federal level in October 2018. She suggested that the likely response to such shortages would either be skyrocketing prices, or a rapid expansion of the supply chain.

So far, it’s been the former. Customers at Canada’s dispensaries have expressed their displeasure at the high prices of legal cannabis products, which can be almost double the price of unlicensed distributors.

The ongoing supply shortages also have also caused headaches for nearly 168,000 Canadians who have been prescribed medical cannabis. Many of them have been unable to fill their prescriptions, leaving them to seek alternate means of acquiring their medication.

Although the Canadian government has been quick to assure people that these supply issues are only temporary, it remains to be seen how soon they will find a solution, and what lessons their example might hold for other nations considering cannabis legalization.