What We Know About Legal Cannabis and Addiction 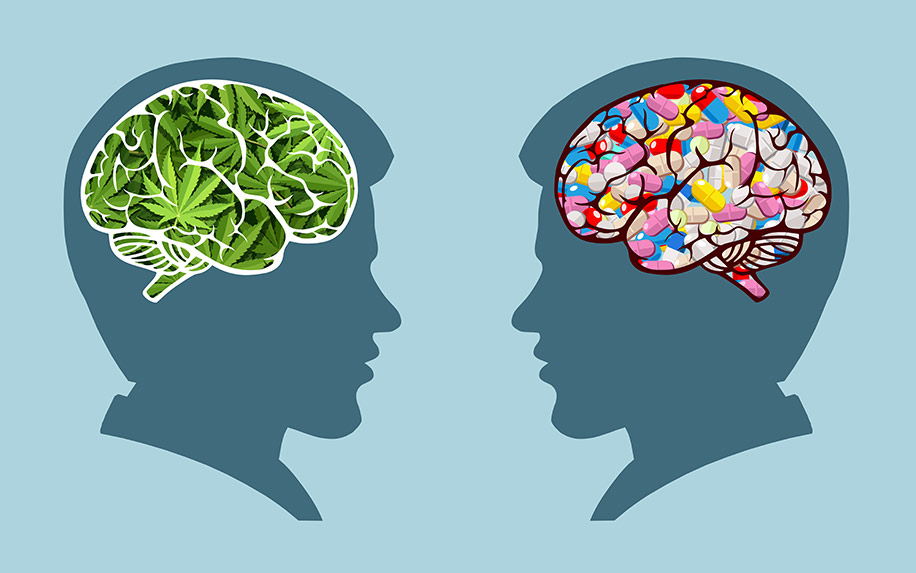 People can become addicted to cannabis but it can also be used to treat other addictions. Image Credit: By FGC on shutterstock

While the U.S. rescinds and un-rescinds memos about the federal government’s stance on cannabis (Cole Memo), Canada’s decision to legalize cannabis at the national level seems to be a confident, straightforward declaration that the plant’s benefits outweigh its risks. But even among those who helped write the country’s recreational cannabis law, opinions on the potential for abuse are complicated.

For some, like addiction specialist Dr. Jurgen Rehm, it’s simply too early to say . When asked whether legal cannabis will put more people into treatment for dependency — joining the 100,000 currently in treatment in Canada — Rehm says that we won’t know for another 18 months.

“There are two tendencies which are working against each other, so it’s relatively hard to predict,” Rehm told the Toronto Sun. “People now have a higher threshold to treatment than before when a lot of people were like, ‘Oh, cannabis is dangerous.’ So that will be less. But, on the other hand, cannabis is more available now, it is more potent, so it is more addictive than it was 10-15 years ago. And that would increase more treatments. So how that will balance out is anybody’s guess.”

And another study found no increase in cannabis use among young Coloradans in the five years since the statewide legalization of recreational cannabis.

As for the rise in overall cannabis use across the U.S., a study in the journal Addiction has attributed it more to growing social acceptance of cannabis, rather than specific legalization effects. In fact, the study suggests that legalization was driven by positive attitudes about cannabis, not the other way around.

“Medical and recreational marijuana policies did not have any significant association with increased marijuana use,” according to the study. “Marijuana policy liberalization over the past 20 years has certainly been associated with increased marijuana use; however, policy changes appear to have occurred in response to changing attitudes within states and to have effects on attitudes and behaviors more generally in the US.”

Addiction isn’t strictly correlated to a rise in overall use, though — rather it’s the heaviest users who are most at risk. And that number is reaching the proportions of other legalized addictive industries, which tend to sell 80 percent of their product to the 20 percent of heaviest users.

For example, in 2014 a Marijuana Policy Group study found that Colorado’s top 29.9 percent of heaviest users made up 87.1 percent of the state’s cannabis demand.

According to a 2016 study examining federal surveys of drug use conducted between 2002 and 2013, heavier cannabis use was on the rise in the decade leading up to legalization.

“In the early 1990s only one in nine past-month users reported using daily or near-daily,” the authors of the study wrote. “Now it is fully one in three. Daily or near-daily users now account for over two-thirds of self-reported days of use (68 percent).”

The study’s authors liken the profile of the cannabis user, increasingly, to that of the cigarette smoker: “What’s going on here is that over the last 20 years cannabis went from being used like alcohol to being used more like tobacco, in the sense of lots of people using it every day.”

Again, the study authors challenge the idea that legalization correlates with an increase in cannabis use or abuse. “Our results can in no way be interpreted as evidence toward the successes or failures of marijuana legalization or even medical marijuana laws,” they wrote.

So will legal cannabis make more people get addicted? At the moment, there doesn’t seem to be much evidence to suggest so — but as Dr. Rehm said, this is uncharted territory, and it’s too soon to tell.