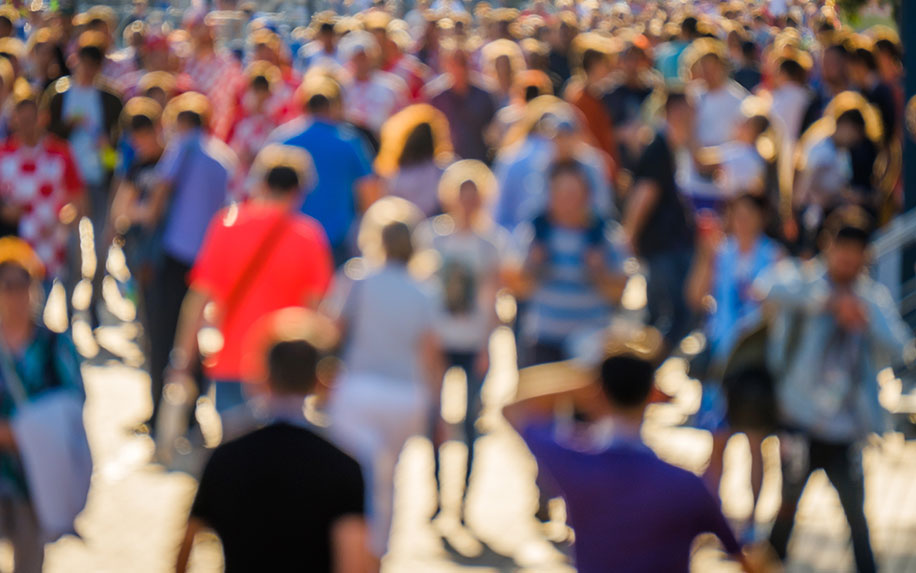 The typical cannabis user. What do they look like, where are they from and what age are they? Image Credit: By Anton Gvozdikov on shutterstock

It’s a stereotype that’s been around since the days of “Reefer Madness” — the portrayal of the typical cannabis user as a lazy, underemployed young person, disinterested in making any contribution to polite society.

But as cannabis reform moves ahead in the U.S. and worldwide, the reality is that your typical cannabis user is better employed, more diverse, and quite a bit older than their outdated reputation would suggest.

There are many more of them, too: the United Nations Office on Drug Control estimates that 192 million people around the world tried cannabis in 2016, making cannabis users more common in today’s world than people who are fluent in French.

Needless to say, this is a large (and lucrative) market. With legalization efforts in Canada and the U.S. paving the way for legitimate global canna-businesses, there is an increasing amount of money riding on rehabilitating the image of the respectable cannabis aficionado.

In California — the state with the biggest legal cannabis industry in the US, which earned $3 billion in sales last year — the upscale dispensary MedMen rolled out a $2 million ad campaign in early 2018 which US News & World Report called an “anti-stoner offensive.”

The images — which are promoted on social media using the hashtag #forgetstoner — show 17 people who use cannabis, including a white-haired grandmother, a schoolteacher, a police officer, a former NFL football player, and a nurse.

“What we’re saying is the very definition of a stereotype is defining a person by one bad mention,” Daniel Yi, MedMen’s senior vice president of communications, told US News. “They’re also a grandmother. They’re also a father, a son, a brother.”

The dispensary chain known as the “Starbucks of Pot,” with 16 locations in 4 states, recently rolled out another big campaign focusing on headless avatars of active health and high-gloss SoCal sexiness. The images, said Chief Marketing Officer David Dancer to AdAge, allow “consumers to picture themselves in any of these stories.”

Bridging the Gap Between Traditional and Modern Medicine

The United Nations’ 2018 World Drug Report estimates that the global number of cannabis users rose by 16 percent between 2006-2016, a trend that is expected to continue as more countries legalize cannabis for either medicinal or recreational purposes.

While the U.S. and Canada have attracted the lion’s share of cannabis-related media attention lately, many observers are also enthusiastic about the growth potential of markets in Asia, where the U.N. estimates that 88 million people tried cannabis in 2016. That number could jump dramatically with Thailand becoming the first Southeast Asian country to legalize medical cannabis in 2018, South Korea pondering a role as the first East Asian country to legalize medical cannabis, Israel passing a bill allowing for the export of medical cannabis.

In Africa, home to an estimated 64 million cannabis users, cannabis’ medicinal appeal is also a major potential selling point. Traditional herbal medicines are widely used in many African countries: in some places, up to 80% of the population relies on such remedies. As the continent’s economic development progresses, it’s likely that its number of medical cannabis users will increase as well.

While much of the worldwide data on cannabis use relies on estimates and extrapolation, “harder numbers” are available in the U.S., home to a burgeoning cannabis market of 38 million past-year users according to the UNODC. It’s all thanks to marketing firms that have collected a wealth of information on these users and their habits.

In Seattle, home to 3.7 million people and one of the first legal cannabis markets in the country, the 2018 Seattle Tacoma Cannabis Marketplace Report delivered some of the most precise data to date.

According to the survey, the average user age is 47. Around 43 percent are married, and 42 percent have kids — lower numbers than the general population in terms of age and marital status, but slightly higher in terms of parenthood.

A study conducted by market research firm Headset looked only at customers enrolled in loyalty programs at legal cannabis dispensaries, and found a younger average age — 37 — and a hard gender preference: 70 percent male users to 30 percent female. However, this goes against a 2017 Cannabis Consumers Coalition report, which had the split at 58 percent female to 42 percent male (though this may be due to the fact that the second report was conducted via survey, and surveys are more likely to be answered by women).

So the answer to the question of “what does a typical cannabis user look like?” is we don’t really know, because the people who use cannabis are much more diverse than we once thought. As legal reforms and elaborate marketing campaigns continue to reshape the way society thinks about cannabis, it’s likely that this question will become even harder to answer.