What Canada Can Tell Us About the Future of Cannabis 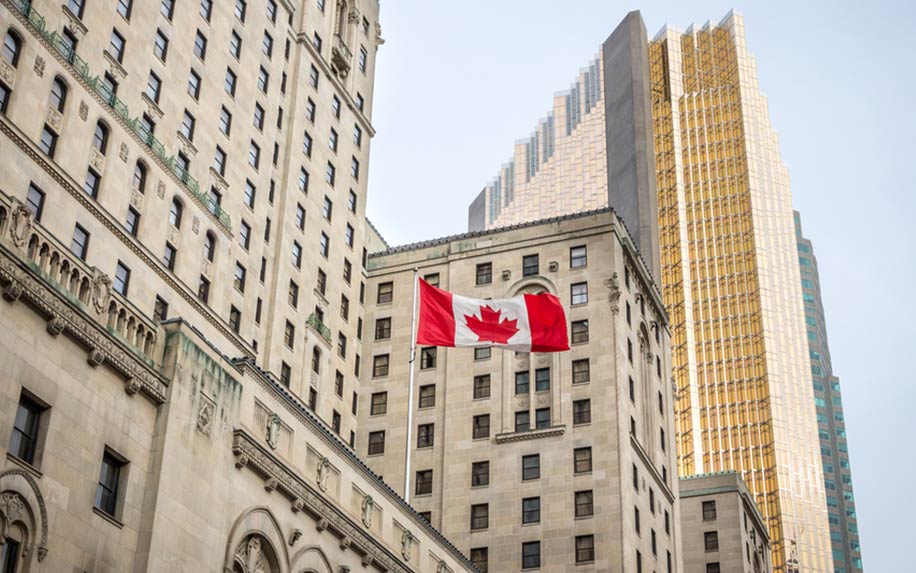 Canada will be the proving ground for legalized cannabis. Its provinces and territories will have their own rules. Image Credit: By BalkansCat on shutterstock

Last October, Canada became the first (large, wealthy) country to legalize both medical and recreational cannabis. At the time, this event was the biggest story in Canadian news, with the Toronto Star exclaiming “[it’s] hard to think of an area in Canada that hasn’t been shaken up” by the new laws. From commerce to culture to criminal justice, cannabis legalization touched every aspect of Canadian life in 2018.

What happened next has been carefully scrutinized by observers around the world. According to Vox, Canada’s example “could set the groundwork for other countries looking to legalize.” The most influential of those “other countries,” of course, is the United States, which recently took a major step of its own by legalizing the cultivation of hemp, indicating that it may be ready to follow Canada’s lead.

It’s only been a few months since cannabis became legal in Canada, but a number of notable trends are already taking form. Here’s what the Great White North can teach Americans about legalizing cannabis.

There’s Going to Be a Huge Cannabis Demand

In just the first two weeks after prohibition ended, Canadians bought $43 million CAD (around $31.5 million USD) of legal cannabis — a staggering amount for a country with fewer than 37 million people. However, Canadian sales can’t touch the potential of the American market — after cannabis was legalized in Massachusetts, just two dispensaries sold $7 million USD of cannabis products in roughly the same time frame.

Though it seems like a promising sign for American cannabis companies (not to mention the local, state, and federal government agencies who would earn revenue by taxing their products), there’s a catch: with demand so high, it’s a challenge to keep up the supply. Canada’s legal cannabis providers have struggled with product shortages and delayed deliveries — not to mention a slew of customer service complaints.

It turns out that a robust supply chain is tough to build overnight. Although some early challenges have already been resolved, concerns about the quality of legally available cannabis continue to linger in other parts of the country. Customers in densely populated cities like Toronto are finding it difficult to get the legal, high-quality cannabis they’ve been promised. As a result, many of them are sticking with unauthorized dispensaries until the government-approved cannabis retailers get their act together.

Obviously this is not ideal. Part of the problem might be fixed if Canada — or later, the U.S. — could figure out a better solution to the next issue.

Cannabis Laws Will Still Vary by State, and That’s Problematic

Canada’s official government website about cannabis is wonderfully readable. In clear and simple terms, it lays out everything a person could wish to know about the legal status of cannabis in the country, from can I grow my own plants? (yes, but only four) to how many grams can I possess? (30) to can I sell cannabis from vending machines? (not unless you want to face criminal penalties).

However, there’s one little section that’s caused a lot of annoying complications, and that’s the part where it says, “each province and territory also has its own rules for cannabis.”

The lack of consistency will make your head spin. In Alberta, for example, the legal age to buy cannabis is 18 and private retail stores are legal, because you won’t find any government-run ones in the province. Just next door in British Columbia, the legal age to buy is 19 and there are lots of government-run stores. Meanwhile, Quebec wants to restrict sales to people over 21 and ban possession from university campuses. In Ontario you can consume cannabis in public, but in Manitoba that’ll earn you a fine of $672 CAD.

As one might expect, this is causing quite a lot of legal headaches. One civil liberties activist told The Guardian, “[we’re] legalizing the industry, but criminalizing a lot of the aspects around the use of cannabis.” The country’s black and indigenous populations have faced disproportionately harsh charges and sentencing for decades, and legal experts are worried that these trends will continue as confusing laws lead to more infractions.

Complicating things even further is the next point, which is one the United States will have to reckon with as well:

Amnesty for Cannabis Convictions Will Be an Issue

Support for a Canadian “cannabis amnesty” has been gaining momentum ever since Prime Minister Justin Trudeau took office in 2015. More than half a million Canadians have criminal records for once possessing a plant that is now perfectly legal. The state-run CBC News says forgiving these infractions could be “a truly life-changing move for a sizable minority of Canadians.”

It seems like an easy fix, in theory. As one prominent Canadian attorney explained, “It’s really low-hanging fruit, in the sense that there’s no principled opposition to this. It doesn’t make sense for anybody to continue having these records, and it has such an impact on people’s lives.” Still, the government still seems to lack a coherent plan for how to proceed. The country’s Public Safety Minister says the process of “changing a legal regime that has existed for nearly a century” is complicated, not “like flipping a switch,” and he certainly has a point. But so far, the problem with the process is that there is no process.

Canadian officials claim this will change next year when legislation for federal pardons is finally ready, according to The Globe and Mail. Applications for these pardons will be free, and there won’t be any waiting period to receive them. However, the plan still falls short of the automatic expungement that many criminal justice advocates had hoped for, despite Trudeau’s admission that many minority communities had been “unfairly impacted by the previous regime.” After the initial excitement of legalization, it all feels a little anticlimactic.

Could American policymakers avoid a similar legal morass with better planning? Maybe. But the ongoing saga of Canada’s cannabis amnesty still points to some conclusions that can’t be easily dismissed.

Cannabis Legalization May Be Slower and Messier Than We Think

All cannabis products aren’t created equal (or regulated by the same agencies). The people in charge of what you smoke aren’t in charge of what you eat, drink, or rub on your face. That’s going to lead to some wildly different timelines for the approval of various products, as shown by the delayed legalization of Canadian edibles. They won’t become fair game for businesses to sell until October 2019, a full year after cannabis was ostensibly legalized.

This does make a certain amount of sense. A jar of cannabis flowers sold in an adults-only dispensary should probably be subject to a different set of regulations than a CBD-infused lollipop sold at the local supermarket. For small businesses, though, the wait and the uncertainty can be onerous. Rules that are intended to support public safety (for example, banning custom packaging to keep cannabis companies from marketing to children) can end up penalizing mom-and-pop producers whose creative branding is their main advantage against larger competitors who can offer lower prices.

With the U.S. federal government dealing with some quality-control issues of its own, it seems a bit … optimistic to imagine that the legalization of cannabis in America would go more smoothly than it has in Canada. But if recent experience is any indicator, massive changes may come faster than we think.