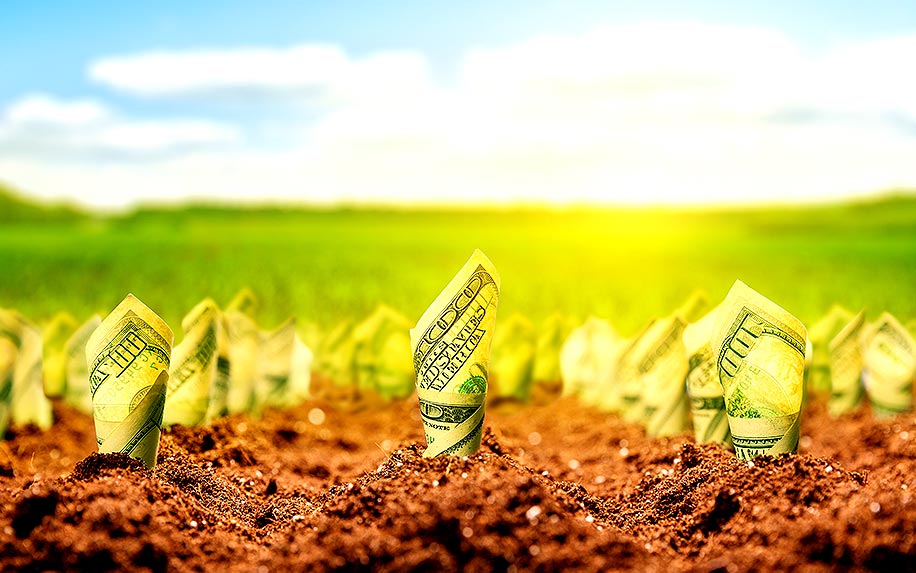 The National Institutes of Health recently announced that it was awarding $3 million in cannabis research grants. Image Credit: By Nomad_Soul on shutterstock.

Any time you read a story that features doctors or scientists discussing the (potential) powers of CBD, you’re likely to encounter a familiar refrain: “But more research is still needed.” It’s a standard disclaimer in the science world — few researchers have the guts, or the hubris, to suggest they’ve discovered the definitive answer on a given topic — but it’s also an indication of just how little we really know about this this trendy-yet-often-misunderstood cannabinoid.

The solution is an obvious one: Do more research. However, this takes time, money, and (crucially, in the case of cannabis-related topics like CBD) government approval, or at least non-interference. These conditions have proven elusive up until now, but a new research initiative bankrolled by the U.S. federal government may be the tipping point for which many have been waiting.

Recently, the National Institutes of Health (NIH) announced that it was awarding $3 million in research grants to “investigate the potential pain-relieving properties and mechanisms of actions of the diverse phytochemicals in cannabis, including both minor cannabinoids and terpenes.” Funded through the NIH’s National Center for Complementary and Integrative Health (NCCIH), the grants will be spread out among nine of the country’s top research organizations, including Boston Children’s Hospital, the University of California-San Francisco, and the Research Triangle Institute in North Carolina. The NCCIH anticipates awarding more grants in the near future.

Pain relief is the number one reason Americans use CBD, according to a Gallup poll from August 2019. It’s also the top reason people are prescribed medical cannabis — a 2019 study from the University of Michigan found that 65 percent of patients cited chronic pain as a reason for seeking a prescription. Interest in these alternative methods of pain management has skyrocketed in the wake of the ongoing opioid epidemic, which caused 47,600 fatal overdoses in 2017 alone, according to the U.S. Department of Health & Human Services (HHS).

As the NCCIH’s director, Dr. Helene Langevin, said in a statement, “The treatment of chronic pain has relied heavily on opioids, despite their potential for addiction and overdose and the fact that they often don’t work well when used on a long-term basis. There’s an urgent need for more effective and safer options.”

The existing research into CBD’s pain-relieving potential is limited, aside from a handful of studies showing it could be effective at relieving lower back pain or aches caused by arthritis. However, the lack of scientific certainty hasn’t prevented millions of Americans from embracing it — regardless of the questions that remain unanswered. For Dr. David Shurtleff, the NCCIH’s deputy director, the popular enthusiasm for CBD makes these new research projects an urgent necessity, as he told the Associated Press.

“The science is lagging behind the public use and interest,” Shurtleff said. “We’re doing our best to catch up here.”

The U.S. Government Has Studied CBD (a Little) in the Past

Cannabis-related research has lain mostly dormant for decades, for reasons that will be explained in detail shortly. But while the general public was largely unaware of CBD’s existence until a few years ago, the U.S. government has been intrigued by the non-intoxicating cannabis’s therapeutic potential for quite some time.

In 1999, for example, the HHS filed a patent titled “Cannabinoids as antioxidants and neuroprotectants.” The application identified compounds like CBD as effective treatments for managing strokes, Alzheimer’s, Parkinson’s, and other neurological conditions. According to its abstract, “Nonpsychoactive cannabinoids, such as cannabidoil [sic], are particularly advantageous to use because they avoid toxicity,” i.e. the high typically associated with cannabis.

If you’re a conspiratorially-minded type, you might take this as evidence that the feds have been carefully studying cannabis behind closed doors for years, even as they insist that the plant is a dangerous drug with no viable medical uses. While it’s difficult to disprove a theory like this — just as it’s difficult to prove the government isn’t secretly conducting alien autopsies at Area 51 — the available evidence paints a much less exciting picture:

Research into CBD really is as sparse as it seems, for a simple reason.

Why Cannabis – and CBD — Has Been So Hard to Study

When the NCCIH announced its new grants, it released a list of the recipients and their respective projects. Most of the study names looked like what you’d expect — “Identifying the Mechanisms of Action for CBD on Chronic Arthritis Pain,” “Minor Cannabinoids and Terpenes: Preclinical Evaluation as Analgesics,” and so on.

Noticeably absent among all the references to cannabinoids and terpenes, however, was any mention of THC.

This might seem odd, as THC is the most common compound in cannabis, and one that many scientists believe is responsible for the bulk of its pain-relieving potential. In fact, a 2019 study from researchers at the University of New Mexico found that CBD alone had little impact on patients’ pain levels, while THC led to noticeable improvements in their symptoms.

As lead author Dr. Jacob Miguel Vigil told Pain News Network, “These findings justify the immediate de-scheduling of all types of cannabis, in addition to hemp, so that cannabis with THC can be more widely accessible for pharmaceutical use by the general public.”

Cannabis’ classification as a Schedule I substance — the same category as drugs like heroin and methamphetamine — has long forced researchers to go to extreme (some would say absurd) lengths to study any part of the plant. Until recently, researchers could only get plant material from a single small farm in Mississippi, which has been widely criticized for its poor quality. On top of that, studies must be approved by a daunting number of official gatekeepers, including the National Institute on Drug Abuse (NIDA), which has traditionally favored studies that investigate cannabis’ risks as opposed to its benefits. And until recently, finding a funder willing to have their name associated with cannabis was a daunting proposition.

Cannabis researcher Dr. Donald Abrams summarized the state of affairs for UCSF Magazine, saying, “A lot of the studies that NIDA has supported look at the downsides. Studies about the benefits are rarer. You have to use NIDA’s cannabis but need to get funding from somewhere else.”

When cannabis was classified as a Schedule I substance under the 1970 Controlled Substances Act, the law made no distinction between marijuana (which is high in THC) and hemp (which contains less than 0.3 percent THC by definition). The passage of the 2018 Farm Bill finally drew a clear line between the two — by deeming low-THC hemp plants legal for cultivation and sale across the country — but for almost half a century, the federal government has been operating under the faulty premise that “cannabis” is synonymous with
“THC,” and that THC is too dangerous to study.

And that, in a nutshell, is why we still know so little about CBD (or cannabis itself for that matter).

Why Pain Research Has Become Such a Priority

In 2017, the HHS declared that opioids had become a public health emergency. The agency released a five-point strategy for combating the crisis, calling for more research into pain and addiction, and better methods of managing these issues.

Both are urgently needed. In 2018, the HHS estimated that over 130 people died every day as the result of opioid overdoses. The agency also estimated that more than 10.3 million people used opioids in a way that wasn’t prescribed, leading to addiction and other health problems.

As such, the need for effective and non-addictive alternatives has never been greater — and CBD, which is recognized by the World Health Organization (WHO) as a non-habit forming substance with no major side effects, has attracted a great deal of attention already.

The Ultimate Fighting Championship (UFC) recently teamed up with Canadian company Aurora Cannabis to launch the biggest CBD study ever, which will also investigate the cannabinoid’s potential for treating chronic pain and related issues. Meanwhile, the multibillion dollar CBD industry continues to grow as consumers clamor for more gummies, capsules, and (at least until recently) vape pens to take the edge off their aches and pains.

For researchers, the mountain of anecdotal reports has grown too big to ignore. As Aditi Das, a chemist at the University of Illinois who received one of the NCCIH’s grants, said, “There are so many beneficial effects that patients report. We need to know the science behind it.”