Those Cannabis Ads on Twitter and Snapchat … Are They Legal? 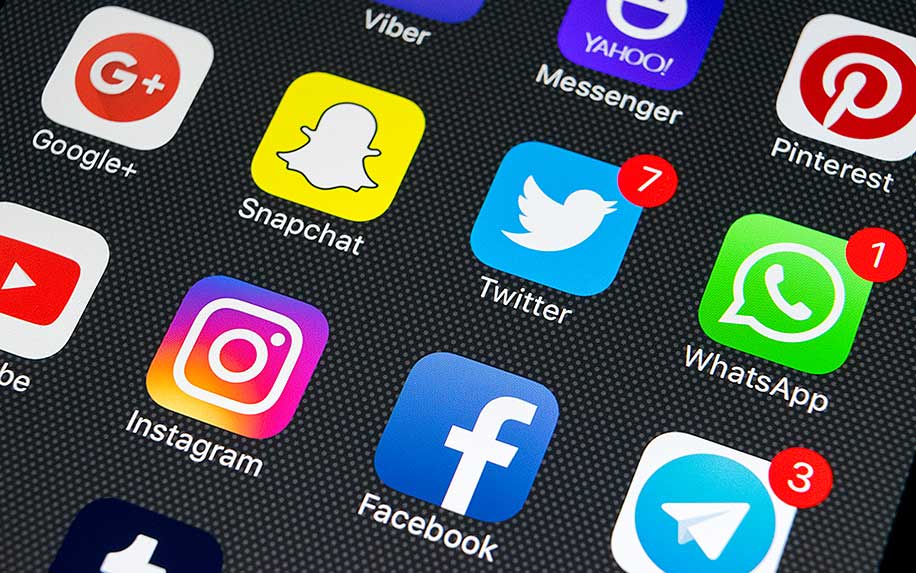 Most social media platforms have an all-out ban on advertising cannabis-related content. Image Credit: By BigTunaOnline on shutterstock.

If you’ve spent any time staring at Facebook or YouTube recently (and let’s face it, you almost certainly have), you’ve probably been bombarded with promotional images of Miracle Diet Pills, The Most Amazing Socks Ever, and other things you’re deeply disinterested in buying. But there’s one thing you probably haven’t seen in those annoying ads and sponsored content posts: Cannabis.

That’s because, right now, most social media platforms have an all-out ban on advertising cannabis-related content. The only major exceptions are Snapchat and Twitter — and that could be changing soon.

If you’re using either of those platforms in the United States, you likely had no idea that they were running cannabis-related ads at all. That’s because, where you live, they’re not. According to Twitter’s terms of service, the platform “prohibits the promotion of drugs and drug paraphernalia,” while Snapchat’s own advertising policies prohibit “[ads] that encourage illegal activity” including the use of cannabis or other drugs.

However, both of these companies have made an exception for cannabis advertising in Canada, where the plant has been federally legal since 2018. Twitter’s ad policies permit “approved advertisers” to target Canadian users, subject to a number of stipulations (for example, they’re forbidden to use testimonials or give information about price). Snapchat’s policies make no mention of cannabis-specific restrictions, though they do say that ads must “comply with all applicable laws … in each geographic area where the ads will run.”

So far, some of the world’s biggest cannabis companies have leapt at these (rare) opportunities to put their products in front of social media users. These include Aurora Cannabis (which has promoted a variety of cannabis strains, THC drops, and vaping accessories) and Canopy Growth (which pushes the products of its subsidiary brands like Tweed, Craft Grow, and Tokyo Smoke).

But while Twitter and Snapchat may have given their blessings to cannabis brands to (carefully) advertise their wares, the sudden proliferation of cannabis-related content has drawn the ire of an even bigger and more powerful gatekeeper: the Canadian government. Since legalizing cannabis, Canadian officials have tightly controlled its supply, with edibles still illegal to be sold in dispensaries (though that’s expected to change at the end of the year) and dispensaries themselves frequently running out of product, partly due to strict controls on growing and transport. Now, these officials are turning their attention to cannabis’ digital presence.

As reported in MarketWatch, Canadian regulators are currently investigating a series of cannabis ads run on Snapchat by the brand Hexo, which makes a line of oils, flower, and other products. The biggest issue with the ads is their targeting — regulations put forth by Health Canada, the country’s national health service, state that any ads that “could be appealing to young persons” are strictly forbidden (in most Canadian provinces, with the exception of Quebec and Alberta, cannabis use is forbidden for those under 19). According to Statista, around 39.5 percent of Snapchat users are aged 20 or younger.

This isn’t the first time that Hexo (or Snapchat) has run afoul of Canada’s cannabis advertising rules. In early 2019, another set of the brand’s ads on the platform caught the attention of consumer advocacy research group The Friendly Bear. Those ads drew criticism for linking Hexo’s products with “glamour, excitement, and vitality,” a practice that is also illegal under Canadian law.

There’s been no indication that either Twitter or the brands advertising on it are currently being investigated, though it’s likely that Canadian regulators will be paying extra-close attention going forward.

For both platforms, keeping cannabis ads out of the feeds of younger users has proven to be a major challenge. In March of this year, Snapchat representatives testifying in a public governmental hearing admitted that the platform’s age verification system didn’t work. Twitter’s representatives have refused to answer questions about their own platform’s system, according to MarketWatch.

Due to the somewhat vague language of Health Canada’s cannabis advertising regulations, it’s unlikely that the government will impose severe financial penalties on Snapchat or Twitter for running cannabis ads — at least not yet. But if these latest infractions push Canadian officials to develop more stringent guidelines, the two social media giants might be inclined to follow the lead of their rivals, Facebook and Google, and ban cannabis ads altogether.