This New Drug Test May Differentiate CBD from Cannabis 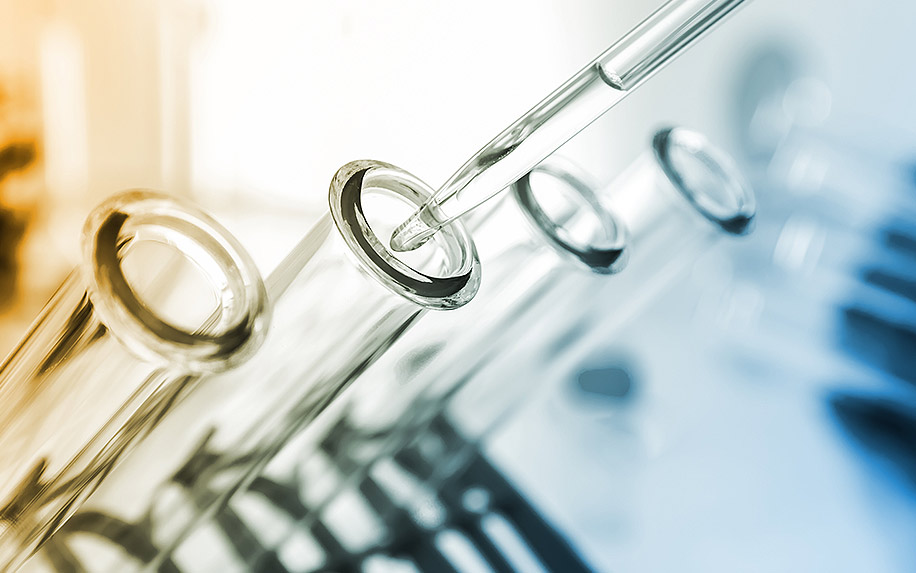 Cannabis drug tests face a problem: How to determine if positive results are caused by “real cannabis” or one of its newly-legal derivatives.Image Credit: By Alex_Traksel on shutterstock.

Since hemp and hemp-derived CBD products were legalized last December — at concentrations of up to 0.3 percent THC — cannabis drug tests have faced a new problem: How to determine if a positive result was caused by “real cannabis” or one of its newly-legal derivatives.

The norm for tests of cannabis sativa plant matter, extracts, and concentrates has long been the detection of any amount of THC above a minimal cutoff point. But much like the ones used on humans — including urine tests, hair tests, and saliva tests — traditional tests have so far proven unable to distinguish between THC and CBD, and false positives have spiked as a result.

Today, a legal and growing multi-billion dollar industry has led to the creation of thousands of (legal) products which would fail such tests. The problem has gotten so severe that district attorneys in Texas have stopped prosecuting misdemeanor cannabis possession cases due to current tests’ inability to tell the difference between THC-dominant cannabis and CBD products, according to Dallas-Fort Worth’s NBC affiliate.

Here, a new Swiss test may prove to be indispensable. Originally developed for internal use by Swiss police, the test measures the ratio of THC to CBD in plant samples and has been proven accurate in hundreds of trials. The chemicals in the Swiss test turn purplish-pink in the presence of higher concentrations of CBD, or blue if THC is the dominant cannabinoid in the mix.

This innovation was spurred by Switzerland’s permissive laws on CBD products , which allow up to 1 percent THC, enough to trigger positives on most older tests. Certain states in the U.S. also face a similar challenge, particularly those where only low-THC, high-CBD medical cannabis is legal. In Mississippi and Texas, up to 0.5 percent THC content can be legal; Florida goes up to 0.8 percent; Virginia and Georgia max out at 5 percent.

Since the Swiss tests were first made available to U.S. law enforcement agencies in June, Florida police departments have bought 25,000 kits, as reported by NBC News, although it isn’t known if they have yet been put into use. However, the Sheriff’s Office of Broward County — home to jurisdictions which have purchased the kits — issued a bulletin earlier this year saying, “All current THC test kits must be disposed of and replaced with the new test kits.”

NBC News also reported plans for Virginia to buy 15,000 kits with grant money from the state’s Department of Criminal Justice Services. But first, there is a roadblock to overcome: The state’s laws must be updated to allow the use of both current tests and the Swiss tests, due to false positives occurring with the sole use of the Swiss tests.

“In our mind, they really need to be used together,” Linda Jackson, the commonwealth’s top forensic scientist, told NBC News.

Previous Tests Have Struggled to Distinguish Hemp From Marijuana

It took six months for the smoke to clear on what was initially thought to be one of the biggest cannabis busts of all time: The Oklahoma seizure of 18,000 pounds of something that appeared to be cannabis. After the arrest of the four men transporting the plant matter, the buyer of the product claimed that it was hemp, not marijuana — a charge which Oklahoma police were unable to cleanly dispute, due to the fact that their equipment could only register the presence of THC in the samples, not its exact amount.

After lab testing, a new and more complicated story emerged. According to investigators, 4,326 pounds of the seizure actually was illegal cannabis, registering at between 0.4–0.5 percent THC.

Still, the charges were dropped (investigators later said they believed the four men truly hadn’t known what they were transporting), and damage from the perceived police incompetence had already been inflicted on a national scale, with many viewing it as a sign that law enforcement agencies are woefully unprepared to deal with the challenges of the new era of legal hemp.

As Dallas County District Attorney John Creuzot — one of the Texas district attorneys to deprioritize misdemeanor cannabis cases in the uncertain testing climate — told NBC News, “A drug dog can’t [tell the difference], nor can a presumptive test. And so we can’t distinguish something legal from illegal, and that’s across the state.”