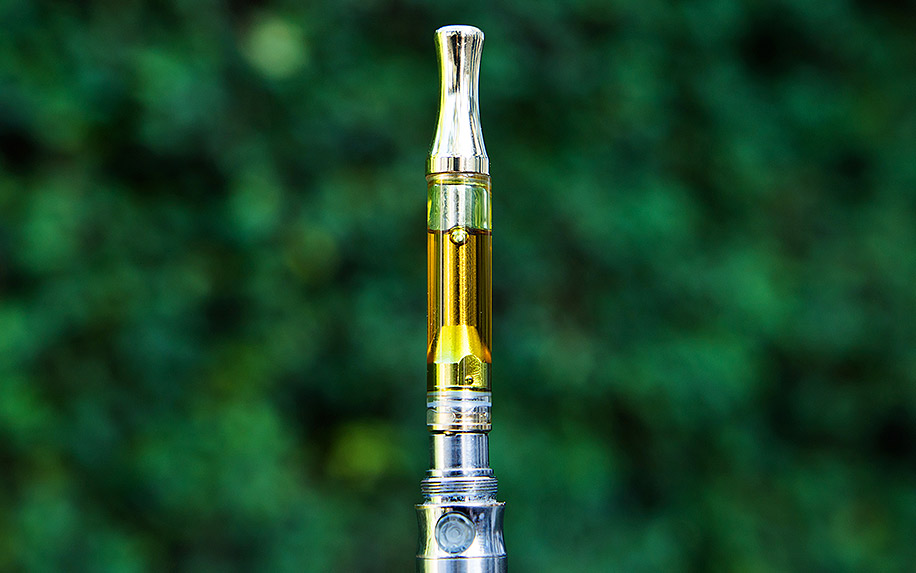 Think20 Labs is hoping to develop an efficient and effective process for identifying potential dangers in THC vape products. Image Credit: By Branding Pot on shutterstock.

Back in August, when the Centers for Disease Control and Prevention (CDC) first sounded the alarm on a vaping-related rash of lung illnesses, many people wondered if counterfeit THC vape products were to blame. Today, after more than 1,000 hospitalizations and at least 23 fatalities, that theory seems to have been proven (mostly) true — the CDC reports that more than 75 percent of the cases they’ve investigated involved THC vape products, the overwhelming majority of which were purchased on the black market. The main questions now are: Are any THC vape products safe to use, and how can consumers be confident that they’ve chosen the right ones?

The answer to the first question seems to be yes — when NBC News commissioned an analysis of both legal and counterfeit THC vape cartridges, all of the legal ones were free of contaminants. However, nearly all of the counterfeit or black market cartridges contained dangerous chemicals like pesticides or vitamin E acetate, which the Food and Drug Administration (FDA) has linked with many cases of lung illness so far.

As for the second question, a new research partnership between analytical testing laboratory Think20 Labs (full disclosure: Think20 is a cannabisMD CBD Shop partner) and cannabis vape company The Blinc Group is seeking to provide the answer. Together, the organizations are aiming to develop new tools and processes to ensure the THC vape products that make it into consumers’ hands are free of health risks.

As Conor Jenkins, the lab manager and scientific director of Think20 Labs, told cannabisMD, “If we can analyze what is actually being inhaled by people and test it for a battery of dangerous compounds, I believe that it will give more insight into if patient lungs are potentially coming into contact with dangerous chemicals that are not currently tested for. I believe it is a dangerous oversight in this field that we are only looking at the product itself and ignoring [byproducts] of chemicals that are broken down as they are heated [or] smoked.”

Both The Blinc Group and Think20 Labs are well-established players in the cannabis industry. The New York-based Blinc Group has been in the vaping business for over a decade, focusing on everything from research and development to manufacturing to marketing. Think20 Labs, which has laboratories in Maryland and California, has helped spearhead a number of ambitious cannabis research projects, including the mapping of the plant’s genome.

Now, they’re hoping their combined expertise can shed light on an issue that continues to puzzle experts around the country.

According to Jenkins, one of the partnership’s most notable projects will be to develop a “vaping machine” that can simulate how a human vapes — and what happens to lung tissue when it comes into contact with various types of chemicals. This machine could give scientists a much clearer picture of how vaping affects the lungs of users, which would then allow brands to design products that are free of potential risks.

While regulation is often cited as a way to make THC vaping safer, that’s only true if the regulation is rigorous. Here’s how the new tests and tools from Blinc and Think20 could help keep vapers safer from threats both known and (to this point) unknown.

Ensuring the Chemicals in THC Vape Products Are Safe

One of the partnership’s main objectives is to establish a set of standardized regulations for analyzing the contents of THC vape products. Aside from assessing the levels of “good ingredients” like cannabinoids and terpenes, these tests will also seek to determine the maximum allowable levels of “bad ingredients” like heavy metals, carcinogenic nitrosamines, and volatile organic compounds (VOCs) — some of which aren’t covered under current regulatory standards, especially in relatively lax states like Oregon.

According to The Blinc Group’s CEO, Arnaud Dumas de Rauly, these standards would hopefully become the go-to measuring stick for a “professional, transparent, and sensibly-regulated cannabis industry,” as he said in a press release.

Determining What Happens When Those Chemicals Are Vaporized

Few people need to be told that inhaling vaporized lead is harmful to their health. However, it’s less widely known that some of the “good ingredients” in THC vape products could (potentially) have drawbacks when vaporized at extremely high temperatures.

Although few studies have examined how cannabinoids and terpenes degrade when vaped, some researchers are beginning to suggest they could have unforeseen effects for vapers. In particular, a 2017 study in the journal ACS Omega cited vaporized terpenes like myrcene as a potential health risk, saying that they were of “great concern due to the oxidative liability of these compounds when heated.”

Since no government agency currently tests for these types of chemical degradation, the new tools from Blinc and Think20 could potentially fill a major gap in our understanding of vaping safety.

Clarifying Which THC Vape Products Are Safe to Use

Despite a flood of breathless news reports warning about the dangers of THC vape products, it seems clear at this point that the real threat is not THC itself, but rather counterfeit products that mix it with dangerous additives or diluents. However, a handful of cases have been linked with legal products — including two deaths in Oregon — which highlights the need for more demanding test standards than those currently in use. For consumers to be confident in their THC vape products, they need to know that the products have been tested for all potential risks, not just the most obvious ones.

Think20 Labs, which recently partnered with cannabisMD to launch a certified-safe CBD Shop, is familiar with the challenge of re-establishing consumer trust in a chaotic market. Now, they’re betting that their years of expertise can qualify them to create a stamp of approval for safe, effective THC vape products that consumers will be able to trust.

While it’s too soon to say if their new partnership with The Blinc Group will assuage all the fears that have grown over the past several weeks, it seems to be a step in the right direction — though there’s still a long way to go.