These ‘Robots’ Could Be a Safer, More Private Way to Get CBD 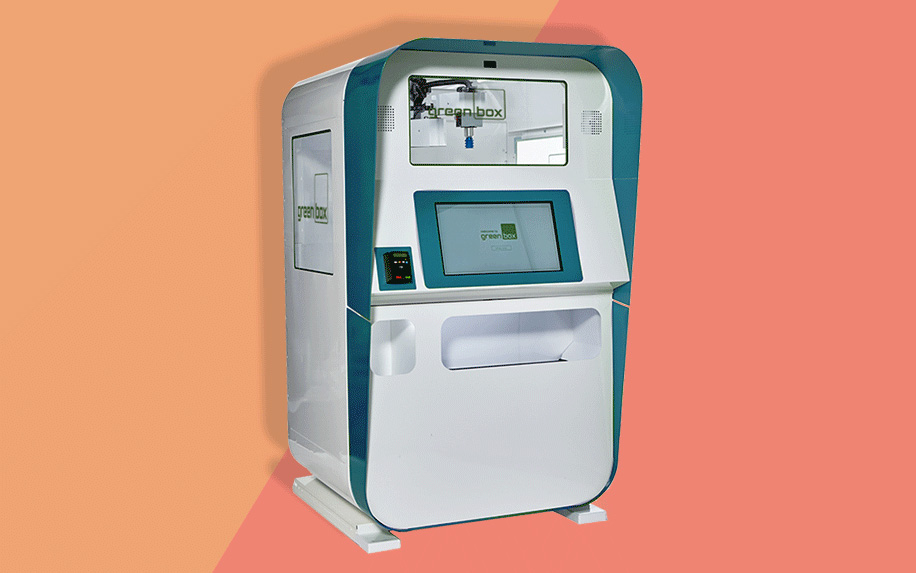 CBD users in New York just got a new way to buy their favorite vape oils, tinctures, and topicals — an automated kiosk or “robot” called Marinabox, which hit the streets of TriBeCa in early August.

Made by a California-based company called Greenbox Robotics, the Marinabox looks nearly identical to the company’s Greenbox robots, which are currently found only in Los Angeles. While the Greenbox robots dispense THC-rich products — since recreational cannabis is legal in California — the Marinabox only offers CBD products, due to New York’s failure to pass legalization legislation this year (advocates say they’ll try again in 2020).

While the new robots bear an outward resemblance to ATM machines, on the inside they boast an “automated budtender” that provides product information and uses a robotic arm to dispense orders. Proponents say they could help address two major issues in the cannabis and CBD worlds: Education and privacy.

Since the passage of the 2018 Farm Bill legalized hemp and opened the doors for hemp-derived CBD manufacturers, the non-intoxicating cannabinoid has become a profitable and popular product for issues like pain, anxiety, and insomnia. Still, the Food and Drug Administration (FDA) has voiced concerns about the purity and quality of many products — which is somewhat ironic, considering the agency’s failure to regulate the substance has allowed many unscrupulous CBD businesses to flourish — and for many CBD shoppers, especially those in brick-and-mortar retailers, finding one that works is a crapshoot.

The Marinabox attempts to get around this problem by providing detailed information on each product, including third-party lab test results, on the machine’s touchscreen. After selecting a certain CBD flower, oil, or tincture, consumers will be able to get additional context on how the product was made, what it contains, and what it can offer them.

As Greenbox Robotics CEO Zack Johnson told Cheddar, the feature was designed so that consumers can “make an educated decision as to which product makes the most sense for their needs, as well as learn what is CBD and how it can help their everyday lives.”

CBD Robots Have Some Nice Points, But Also Some Issues

The new robots also address another pressing issue in the industry: privacy.

Concerned that their data may be leaked to law enforcement officials, many potential consumers have opted out of the legal cannabis market—and their concerns are well-founded. According to the news outlet Metro, when a cannabis dispensary scans your I.D. upon entry, some stores are doing more than checking if you’re of lawful age. Since this information is generally not protected under the Health Insurance Portability and Accountability Act (HIPAA), many dispensaries keep customers’ personal information for “security reasons” and, in some cases, may provide it to government officials.

Regardless of whether customers end up on some kind of federal “watch list,” there are also other risks to having this information collected and stored. In 2018, a Florida dispensary announced it had suffered a data breach in which customers’ personal information could be accessed simply by using the dispensary website’s search function, putting customers at risk of cyber attacks and raising a number of thorny legal issues, as reported by the information security outlet Data Breaches.

As a result, while the Marinabox does require you insert your I.D. to verify customers are of legal age, Johnson told Metro that “the ID data is not provided to third parties unless a consumer opts in to receive promotional emails. Nor does the Marinabox provide customer’s data to the federal government.”

It does appear that the Marinabox offers a much more private CBD-purchasing experience, but it’s not without its downsides. Aside from their limited availability — the company hasn’t announced if or when more Marinaboxes will be coming to New York or other cities — they also have a somewhat limited selection, since they won’t be carrying CBD edibles. New York has recently enforced a citywide ban on these, but due to uneven enforcement they’re still found at many establishments.

Also, while some people might appreciate the automated information and the short wait times (according to Forbes, it takes under three minutes to complete a transaction), others are likely to miss the lack of human contact, especially when they have questions that can’t be answered by the machine.

Still, for safety- and privacy-minded folks who want to top up their CBD supplies on the go, these new robots might fit the bill.