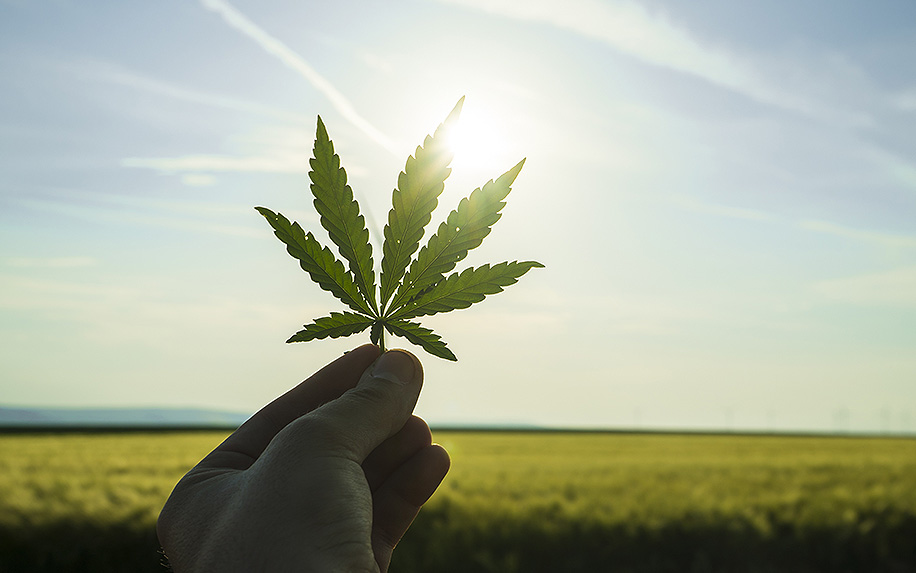 Most participants in a new cannabis survey say they’re most interested in the plant for potential pain relief. Image Credit: By Oprea George on shutterstock.

In the past decade, interest in the legalization of cannabis has risen sharply To wit: In 2009, a Gallup poll revealed that 44 percent of Americans supported national legalization, but in 2019 that number rose to 64 percent. And though the majority of the country is now in favor of legalizing this once highly-stigmatized plant, it’s not for the reasons you’d think.

According to the Gallop survey results, 86 percent of those who want to see cannabis decriminalized are motivated not by the psychoactive “high” long associated with it, but instead by the potential health benefits scientists are just beginning to uncover — particularly the possible ability to significantly reduce pain.

As many as 20.4 percent of American adults are dealing with chronic pain, according to the Centers for Disease Control and Prevention (CDC). Treating chronic pain with conventional drugs comes with many challenges, including potentially harsh side effects and the possibility of addiction.

In comparison, a 2018 study published in the journal Pain found that 75 percent of medical cannabis users report it being more effective for pain management than prescription medications they were taking under doctor’s orders. Among seniors, the fastest-growing segment of cannabis users in America, pain relief is also a commonly-cited motivation, with 90 percent of patients in Colorado’s medical cannabis program saying it was their primary reason for using the plant.

Other Reasons for Supporting (or Opposing) Cannabis Legalization

For the 82 percent of those who cite medical use as their primary interest in cannabis, the treatment of mental health disorders is another compelling reason for legalization. Cannabis has shown promise in treating conditions like anxiety and autism, with researchers asserting that its relative lack of serious side effects is an advantage over conventional medications.

Many people also support legalization for non-medical reasons. For 70 percent of supporters, it is viewed as a chance to free up police resources to focus on more pressing matters. The third most important reason, cited by 60 percent of legalization proponents, was that cannabis use is a personal choice that Americans should have the freedom to make for themselves. Other reasons include providing tax revenue to states and the belief that government regulation could increase the safety of marijuana use.

What about those who are opposed? Thirty-four percent of those surveyed said they think cannabis should remain illegal in the United States. Close to 80 percent of them had serious concerns about a potential increase in car accidents caused by marijuana, especially in light of a 2016 report from the Governors Highway Safety Association that found 41 percent of those involved in fatal car accidents who tested positive for drugs had marijuana in their systems.

The second top concern is the long-held belief that marijuana is a gateway drug. However, the CDC reports that most individuals who use cannabis do not try harder drugs and that there simply isn’t enough research to support the idea of marijuana as a gateway drug.

Ultimately, this survey makes one thing clear — a strong majority of Americans are ready for legalized cannabis, and it may be only a matter of time before legislation reflects popular opinion.