The Pros and Cons of Putting Cannabis on the Blockchain 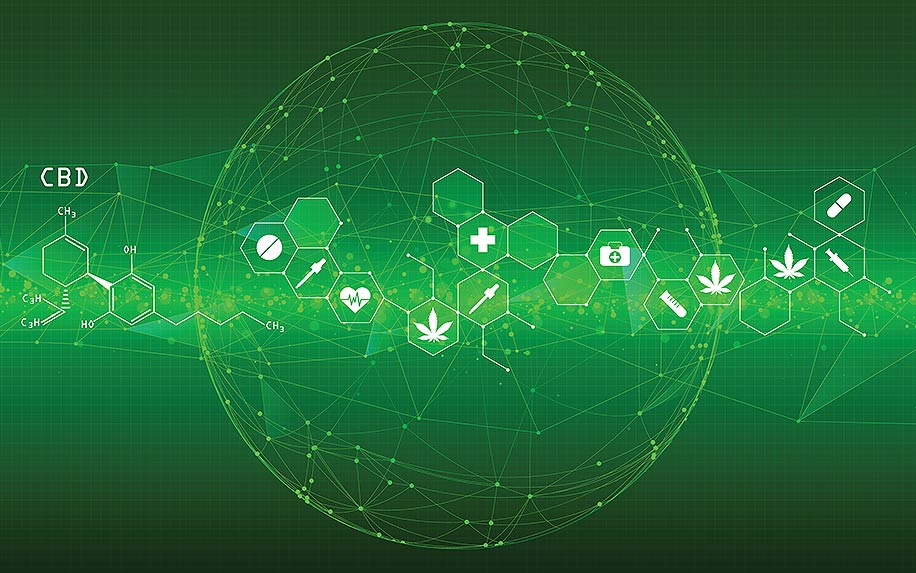 Cannabis on the blockchain will make it easier to track and control quality. Image Credit: By pongsapol ponata on shutterstock.

In a pre-emptive effort to head off problems that have cropped up in other states with legal cannabis programs, Rhode Island is inviting blockchain businesses to submit proposals on leveraging their technology to make cannabis products easier to track from seed to sale. If the plan proves successful, it could be a major boon for the legal cannabis industry, which has struggled with transparency and quality control issues up to this point.

“Rhode Island aims to be a leader in government efficiency and innovation and we believe exploring the possibilities of blockchain technology is a step toward modernization in government,” as Liz Tanner, director of the state’s Department of Business Regulation, said in a press release.

To date, the best-known use of blockchain technology has been in cryptocurrencies like Bitcoin, where it provides a secure and unalterable record of transactions between buyers and sellers. Rhode Island administrators believe it could also be employed to trace the movement of cannabis products through the supply chain and identify producers or consumers who abuse the system (for example, by skipping mandatory lab tests or attempting to purchase excessive amounts of cannabis).

“This is really the first step to see what’s out there and if blockchain technology can help improve government processes in the future,” state CIO Bijay Kumar said.

Within the private sphere, blockchain has also been proposed as a solution to several of the legal cannabis industry’s most pressing issues. One of its most notable proponents has been California cannabis startup Paragon, which has sought to integrate the technology into the cannabis industry in a number of ways.

Some of these have drawn legal scrutiny from the federal government. After it was hit by the SEC with a $250,000 fine for the sale of its namesake cryptocurrency Paragon Coin — the SEC branded it an “illegal, unregulated security” — it has backed away from claims that blockchain could revolutionize cannabis commerce by providing an alternative to traditional payment methods like credit cards.

Instead, it’s now touting blockchain’s ability to make it easier for consumers to learn exactly where their cannabis comes from and what it contains — a potential game-changer for an industry that has struggled to deal with mislabeled products and “celebrity-endorsed” scams.

Why Cannabis on the Blockchain Actually Makes Sense (Sometimes)

According to an IBM study that tracked mangoes shipped to Walmart stores, blockchain has many advantages over typical tracking systems in both security and efficiency. In traditional seed-to-sale tracking — which mainstream businesses use to trace produce in case of contamination or other sourcing issues — it took six days to trace a mango’s origin. With blockchain, it took only two seconds.

This is why when IBM was tasked with preparing a paper for the Canadian province of British Columbia on the challenges awaiting it in the legal cannabis age, it recommended blockchain be implemented as a tracking solution.

The reasoning was simple: Since blockchain records are all-but-impossible to falsify, and can be viewed by anyone with an internet connection, they can provide an instant and accurate snapshot of all the information one might need to know about a given cannabis product — from where it was grown, to where it was tested for purity, to where (and to whom) it was ultimately sold.

Some have also looked to blockchain and the cryptocurrencies built on it as an alternative to traditional banking for the U.S. legal cannabis industry, as the federal prohibition of the plant has kept industry startups unbanked. Under the current laws, any financial institution providing services to cannabis-related businesses could face significant fines or other penalties.

This has created major issues for online retailers, delivery services, and other companies that struggle to subsist on cash-only payments, especially those that can’t count on substantial funding from venture capital firms or other wealthy backers.

However, critics say the cannabis industry should stay away from this use of blockchain, given the criminal connotations (cryptocurrencies have long been the payment method of choice for illicit online drug marketplaces like Silk Road) and the industry’s desire to gain mainstream acceptance.