The Most Popular Spots for Cannabis Tourism in America 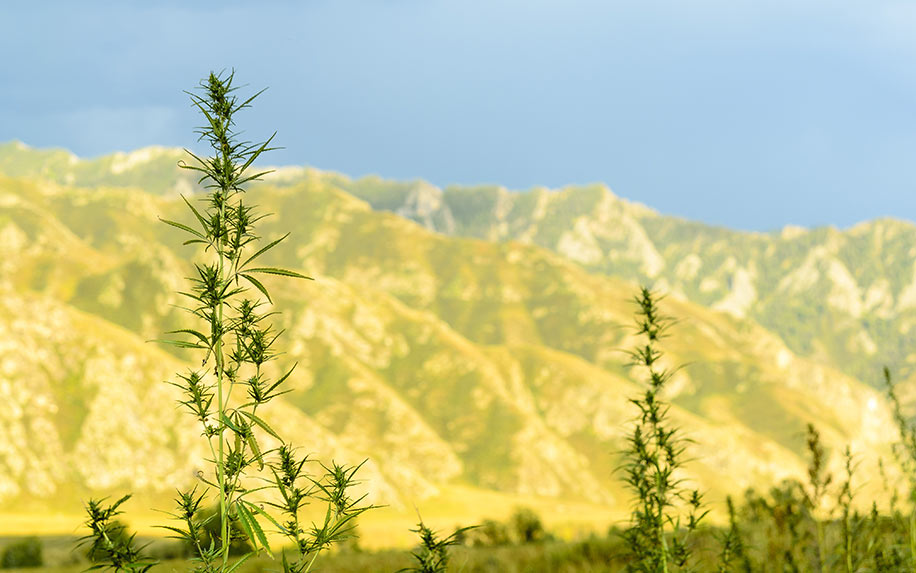 Everyone has a different idea of what constitutes the ideal vacation. For some, it’s a week by a white sandy beach with a good book. For others, it’s an adventure through faraway lands and cultures, sampling new tastes, smells, and sights. But for a growing number of vacationers, the most essential part of a good trip is cannabis.

Forget catching a flight to visit the dimly lit cannabis cafés of Amsterdam — modern cannabis vacations are much more sophisticated (though there’s a reasonable argument to be made that they’re also symptomatic of the troublesome gentrification of cannabis). In any case, cannabis tourism now represents a growing industry in America, one which is attracting a lot of attention from people everywhere.

“Cannabis attracts everyone, from lawyers to truckers,” as Deidra Bagdasarian, co-founder of Ganja Goddess Getaway, told Forbes. Her members-only events combine legal cannabis with yoga, spa treatments, and glamping. Bagdasarian has seen her cannabis yoga retreat business grow by leaps and bounds since it was founded in 2016, and she’s now working on expansion plans for across the United States and abroad.

Thanks to businesses like Bagdasarian’s, states with legalized cannabis have been reaping the rewards of this promising new sector. For example, according to Forbes around 6.5 million cannabis tourists visited Colorado in 2016 (the last year that data is available), while a sizable portion of Nevada’s $70 million in cannabis-related tax revenue in 2018 came from out-of-state visitors enticed by the novelty of legal cannabis and unique experiences.

From California to Vermont, “puff, pass, and paint” art retreats are becoming a summer staple, while “bud and breakfasts” are sprouting up around lakeshores and quiet country villages. There’s an activity for every inclination, and with federal legalization looking increasingly possible in the near future, the boom might be just beginning.

Shortly after Colorado legalized recreational cannabis in 2012, the first cannabis tourism company was born. Today, that company (called My 420 Tours) is still in business, but it now has a great deal of competition. Here’s a selection of the most relaxing, exciting, and/or bizarre experiences out there:

Where: Colorado
Best for: A quiet, relaxing getaway

Located in Denver, Summit Recreational Retreat is a members-only club that offers B&B accommodation for singles, couples, or groups of up to 8 people, along with daily “Chill Out” sessions for a quick afternoon visit. The property spans 1,400 square feet and includes features like luxury suites, a “Bliss Bar” with vaporizers and dab rigs, and cannabis oil massages offered by a registered massage therapist.

Billed as “Colorado’s first luxury private cannabis facility,” it caters to those who have discerning tastes and a lack of children — all guests must be at least 21 years old.

Where: Northern and Southern California
Best for: Learning about the legal cannabis industry

If you have a California vacation coming up, these tours are an interesting way to get a feel for the state’s legal cannabis industry and sample a curated selection of strains from the top dispensaries in the state. Offered in Oaktown, Los Angeles, and the Bay Area, the tours feature visits to local grow operations on a “420-friendly bus” and multiple stops at well known dispensaries. The Bay Area excursion also offers the possibility of wine tastings (some of which are cannabis-infused).

Where: Aspen, Colorado
Best for: A luxury spa experience for the canna-curious

It might not be as overtly cannabis-oriented as some of the other selections on this list, but this exclusive Aspen resort (whose spa was ranked #1 in the world by Travel + Leisure magazine) does offer customized CBD oil massages and panoramic views of the Rocky Mountains. For those seeking to introduce a skeptical loved one to the pleasures of cannabis tourism, that’s not a bad place to start.

Where: Across the United States
Best for: Spiritual journeys of self-discovery

Bagdasarian and her “Glowing Goddess Tribe” are perhaps the most prominent example of the fusion between cannabis, spirituality, and travel. Their retreats are now offered in California, Oregon, and Colorado (there’s also one in Jamaica, if you don’t mind a bit of international travel).

Vacationers who want to take part in one of the Ganja Goddess Getaways will need to become members of the tribe via their website. Members can then book their places on chosen getaways (of which there are several every year) which feature activities like yoga, massages, hiking, painting, speaking panels, spirituality workshops, edibles making, drum circles, meditation, and more.

Described by various sources as “the Burning Man of [cannabis] dispensaries,” a “theme park for marijuana,” or simply “the largest recreational cannabis store in the world,” Planet 13 can make credible claims to all of those titles. It’s home to futuristic light shows and high-priced cannabis merchandise, along with interactive games and whimsical “experience stations.” And with more than 40,000 square feet of space filled with flying orbs, 15 foot-tall light-up lotuses, and LED koi ponds, there aren’t many dispensaries that are bigger or more conducive to recreation.