The Moral Dilemma of Cannabis Research and Pregnancy 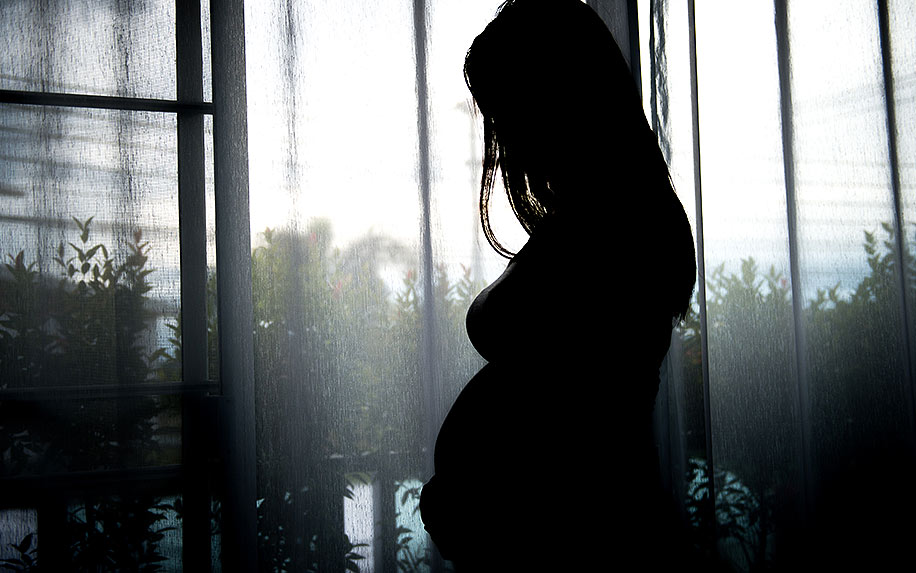 There’s an undeniable gap in scientists’ understanding of how cannabis affects humans, especially specific demographics such as pregnant women. Image Credit: By chaiyawat chaidet on shutterstock.

When researchers at the University of Washington (UW) announced their plans to conduct a study on the effects of cannabis use on pregnant women with nausea and morning sickness, it sparked an immediate backlash — one that highlighted the moral dilemma of conducting cannabis research on vulnerable human subjects.

The study, which began its initial stages in February 2019 and will continue until 2021, will compare the effects of cannabis and traditional anti-nausea medications on a group of 70 women between the ages of 21 and 34. The cannabis-using subjects, selected from a group of volunteers, will be required to use cannabis at least twice a week, and are required to purchase their products (the study does not specify which ones may or may not be used) only from licensed dispensaries. The women will provide daily reports on their mood, levels of nausea, and cannabis use. Once their babies are six months old, the mothers will bring them back for behavioral assessments and an MRI. According to the study’s authors, “We do not expect to find anything of medical concern.” The women will be paid $300 each to participate in the study.

According to the study’s co-lead author, Dr. Natalia Kleinhans, the benefit for these women (aside from the small amount of money and the free medical consultations) is the opportunity to “help provide reliable information to others who want to make informed decisions about their pregnancies in the future.” But with so much potentially at stake, many view this as an underwhelming payoff.

Does a Need for More Research on Cannabis and Pregnancy Outweigh the Risks?

On one hand, human studies are essential for determining the true risks and/or benefits of cannabis use. There’s an undeniable gap in scientists’ understanding of how cannabis affects humans, especially specific demographics such as pregnant women. And with more women using cannabis during pregnancy, the need for more information is especially urgent.

A 2019 paper published in JAMA Network Open found that self-reported cannabis use among pregnant women rose from 1.9 percent to 3.4 percent between the years 2009-2017, and Dr. Kelly Young-Wolff, the study’s lead author, said that “[the] actual numbers are likely higher, as women may be unwilling to disclose their substance use to a medical professional.”

This is likely linked to the spread of legal cannabis across the nation — and the growing belief that the plant poses few health risks. According to a 2015 study in the American Journal of Obstetrics and Gynecology, around 70 percent of all women (both pregnant and nonpregnant) “believe there is slight or no risk of harm from using marijuana once or twice a week.”

Since the medical cannabis programs of many states include severe nausea as an approved condition for prescription, this has led some to believe that cannabis is safe for anyone dealing with this issue. In fact, a 2018 study in the journal Obstetrics and Gynecology found that almost 70 percent of cannabis dispensary employees in Colorado had recommended cannabis to pregnant women to treat their nausea. However, this confidence is not shared by many doctors.

As Dr. Nancy Goler, OB/GYN, told Science Daily, “Until such time as we fully understand the specific health risks cannabis poses for pregnant women and their fetuses, we are recommending stopping all cannabis use prior to conceiving and certainly once a woman knows she is pregnant.”

The Ethics of Cannabis Research and Pregnancy

Goler’s stance is common among medical professionals — the Centers for Disease Control and Prevention (CDC), the American College of Obstetricians and Gynecologists, and the National Institute on Drug Abuse (NIDA) all strongly discourage cannabis use during pregnancy. However, it also illustrates the catch-22 of researching the effects of cannabis on pregnancy: Without conducting long-term studies on a sizable number of human subjects, there’s no way for scientists to reach firm conclusions on whether or not cannabis is safe for pregnant women.

This was the justification given by Kleinhans, the co-lead author of the UW study. She also pointed out the limitations of existing research on cannabis and pregnancy. ““The very few investigations that have studied prenatal cannabis exposure and infant brain development have all involved women who are polysubstance drug users. No one has looked at marijuana use exclusively.” As such, it’s difficult to say whether the negative side effects identified by these studies were caused by cannabis, or one or more of the other substances that they consumed.

However, while there may be some uncertainty that cannabis was the ultimate cause of those side effects, previous studies have shown they are severe enough to make one question if risking the health of pregnant women and their unborn children in the name of science is worth it. A report from the National Academies of Sciences, Engineering, and Medicine (NASEM) found that cannabis use during pregnancy may be correlated to lower birth weights, while another from researchers at Washington State University showed that the offspring of rats who were given cannabis during pregnancy had impaired brain development.

These studies have obvious limitations — although the former found that cannabis could impact birth weight, it also found that “the relationship with other pregnancy and childhood outcomes is unclear,” while the latter was not conducted on humans. Despite this, the question remains: do the potential benefits to future generations outweigh the potential harms to human beings in the present moment?

It’s a matter for debate — and serious soul-searching.