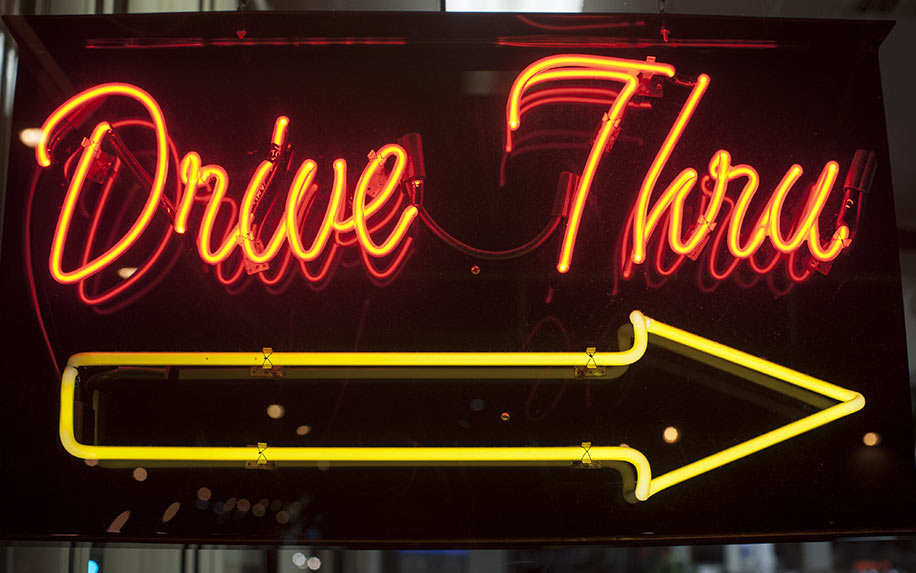 Consumers enjoy the convenience of cannabis drive-thrus. Image Credit: By gabriel12 on Shutterstock

In April 2017, a Colorado cannabis dispensary became the first in the country to offer a drive-thru window. In the years since then, they’ve become an increasingly common sight across the country, with new drive-thru dispensaries popping up from coast to coast. And while some have used the industry’s embrace of this age-old American institution to recirculate old stereotypes about slothful cannabis users, others argue that the trend merely reflects the legitimate needs of its most disadvantaged users.

For example, the most recent opening of a drive-thru cannabis dispensary occurred in Florida, where the plant is only legal for medical use. According to its owner, “[Many] of our patients live with debilitating conditions that may impact mobility,” making the convenience of a drive-thru less of a perk and more of an urgent need.

On the other hand, the majority of drive-thrus exist in states with legal recreational cannabis, where the trend may be more a reflection of the American fascination with speed and ease rather than medical necessity.

Today, drive-thru dispensaries are operating in eight states stretching from the Atlantic to the Pacific. It’s likely that this number will continue to grow in the months to come, as more states consider legalizing the plant.

Florida
The state recently made headlines for its new drive-thru dispensary outside Miami, and it might be back in the news before long. Curaleaf, the company that opened it, has the largest number of dispensaries in the U.S., with 23 of them in Florida alone.

It already offers a second drive-thru in Orlando, and the company has spoken publicly about its aggressive “expansion strategy.”

Washington
While many states boast “the first drive-thru dispensary in the nation,” the Evergreen State seems to have the earliest confirmable claim. Back in 2012, a small dispensary called Sonshine Organics opened up a “medical marijuana access point” at its location in Olympia. It greeted its first drive-thru dispensary for recreational users in July 2018, when a shop called Joint Rivers opened for business in the small town of Auburn.

Nevada
It may come as little surprise that Las Vegas is home to a 24-hour cannabis drive-thru window — Nuwu Cannabis Marketplace, which opened in 2017. Touted as the first of its kind in the country (which is false), it was still an attention-grabbing addition to the massive dispensary, one of the nation’s largest at nearly 16,000 square feet.

Colorado
Tumbleweed Express, located in the small town of Parachute, was also touted as the country’s first dispensary to offer drive-thru sales in April 2017 (though again, this is false). It was the culmination of a remarkable three year stretch from 2015-2017 in which the town’s income from sales tax increased by up to 70 percent, largely due to cannabis sales.

Arizona
The drive-thru window at All Greens dispensary was the first of its kind to open in Arizona, where only medical cannabis is legal. According to its owner, the decision was driven by concern for the mobility of its customers.

“Our average age is about 40 years old, which doesn’t sound that old, but to an average dispensary, that is old,” said Bret Idaspe. “That is one of the reasons that drove us to get the drive-thru because we have so many people on walkers and wheelchairs.”

Oregon
In 2016, a dispensary called Gold Beach opened the nation’s first drive-thru for recreational cannabis users. It lasted little over a month before authorities shut it down for being too close to local schools, but others have sprouted up since.

California
Known as one of the most cannabis-friendly states in the country, California has long been a haven for medical users, offering options like a drive-thru dispensary in Shasta County called Leave It To Nature, owned by local woman Stacy Lidie.

According to Lidie, “We’re about patient care here. Even though it’s ‘recreational.’ The overwhelming majority of the people we see here are treating for something.”

Vermont
Home to the first drive-thru cannabis dispensary in New England, Vermont recently welcomed a medical-only establishment to the small town of Brattleboro. The dispensary’s owner, Southern Vermont Wellness, made its decision after seeing the explosive popularity of CBD in the region.