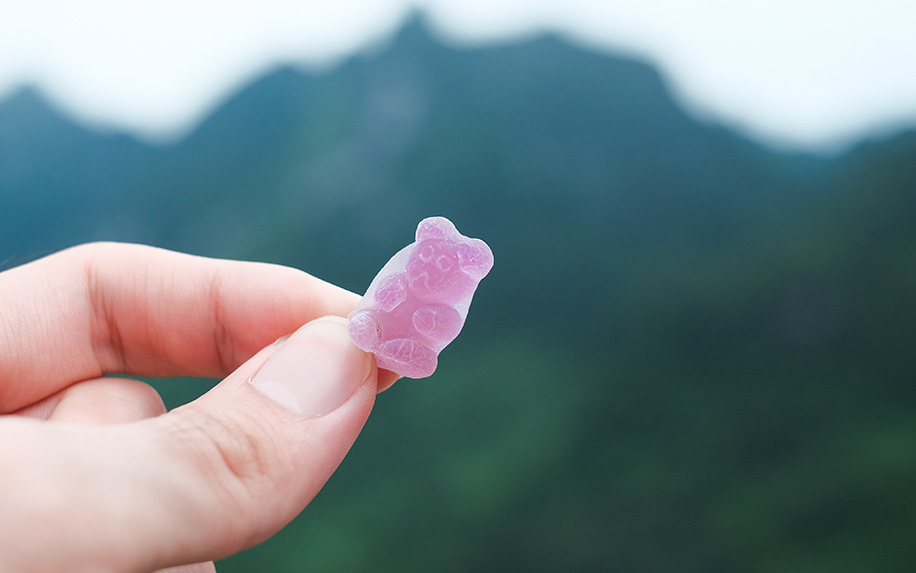 Cannabis edibles have been linked to a spike in emergency room visits. Image Credit: By pupperr on shutterstock.

According to a study published earlier this week, a growing number of cannabis-using teens in Colorado are trading flower for edibles and concentrates — which is likely to only inflame concerns that have been circulating for some time.

The study, which was published in JAMA Pediatrics, examined the cannabis consumption habits of Colorado high schoolers between 2015 and 2017. In the first year of the study, 87 percent of high school students said their preferred method of using cannabis was smoking. By 2017, that number had shrunk to 78 percent. Meanwhile, the number of students who said they preferred edibles, which was only 2 percent in 2015, rose to 10 percent by 2017. There was also a bump in the number of students who favored dabbing — which usually involves superheating a cannabis concentrate like wax or shatter using a blowtorch and special water pipe — from 4 percent to 7.5 percent.

According to the study’s authors, “These modes are important to monitor because of their … potential harms, including unintentional overconsumption with edibles and an increased physiological tolerance and withdrawal associated with … dabbing.”

In fact, a 2019 study by the Annals of Internal Medicine found that edibles — which have a far longer onset time than smoking and often contain significantly higher percentages of THC than a typical joint — have been linked with a spike in emergency room visits in Colorado hospitals. Dabbing has also sparked public health concerns, with one 2014 study in the journal Addictive Behaviors citing that even “users view it as significantly more dangerous than other forms of cannabis use.”

Should We Be Doing More to Keep Edibles, Concentrates Away From Teens?

One of the main arguments used by proponents of cannabis legalization is that it would reduce the likelihood of underage use by eliminating the black market, the most likely place for teens to get cannabis (according to the JAMA Pediatrics study, only 3 percent of Coloradan high schoolers bought their products from a dispensary, compared with 40 percent who said they got it from a stranger). And judging by a 2018 study from the Colorado Department of Public Safety, this argument has largely proven true. In the five years following the state’s legalization of recreational cannabis, there was no spike in use by young people, though cannabis was the leading cause of school expulsions (dropout rates actually decreased, though).

Short of instituting an all-out ban on edibles (as has been the case in Canada since cannabis was legalized there in 2018, though they’re set to be permitted at the end of this year), it’s hard to imagine how much more tightly they could be controlled. Colorado and other states like Washington have already banned edibles that are likely to be too appealing to young people, such as THC gummies, and an extensive set of rules govern the packaging and marketing of edibles sold in legal dispensaries.

Keeping cannabis concentrates out of the hands of teens presents similar challenges. In many states, they’re already more tightly regulated than other forms of cannabis — in Washington, for example, it’s legal to possess up to 1 oz. (28.25 g) of flower, but only 7g of concentrate. And banning them entirely would be challenging from a legal perspective. Earlier this year in Arizona (which isn’t known as one of the nation’s more cannabis-friendly jurisdictions), the state’s Supreme Court ruled 7-0 that “[the state’s medical cannabis act’s] definition of marijuana includes both its dried-flower/leaf form and extracted resin,” from which concentrates are made. While this doesn’t necessarily mean that other states would find it impossible to ban concentrates, the Arizona case would almost certainly be cited as precedent, making it an uphill battle.

Instead, the only viable solution may be the one suggested by legalization proponents in the first place — make legal cannabis so much more appealing than the black market variety that dealers are permanently put out of business. For that to happen, dispensary prices will need to go down, and the quality/selection of their products will need to go up. Both of those things seem like reasonable expectations to make, and if the JAMA Pediatrics study is repeated in a few years, the results could look far different.