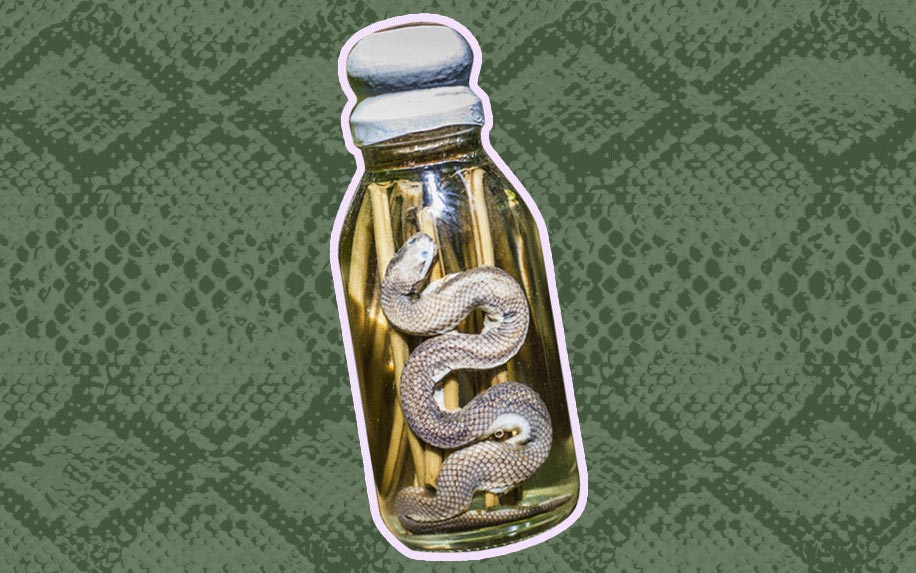 A new study found that many CBD brands are marketing little more than snake oil. Image Credit: By cannabisMD

For years, cannabis industry insiders have been begging the Food and Drug Administration (FDA) for more regulation of CBD products, with many suggesting that better enforcement would help take bad products off the market and increase consumer trust in the brands that remain. The FDA has been notoriously slow to act, though there are signs this might be changing soon.

In late October, Senate Majority Leader Chuck Schumer (D-NY) became the latest prominent politician to lay down a challenge to the FDA, calling on the agency to finally deliver the regulation it has been promising for so long.

As Schumer said on a press call, “CBD is brimming with potential to be a billion dollar industry … But before that can happen, farmers, growers, producers, consumers and vendors need to know exactly what the rules of the road are and right now they’ve got no idea. That’s why I’m calling on the FDA to do its job in a timely manner and issue guidance related to CBD classification, labeling, quality, marketing, and sales.”

That guidance can’t come soon enough. It’s (fairly) common knowledge that the CBD industry is full of opportunists, from New Age gurus selling “CBD energy frequencies” to beauty execs claiming their hemp seed oil products are full of CBD (spoiler alert, they aren’t, because there’s no CBD in hemp seeds). But even if you’re aware of the industry’s less-than-stellar reputation, it’s still surprising to see just how lax the current standards are.

This was illustrated most recently by a report from the Center for Food Safety (CFS), a national non-profit public interest and environmental advocacy group, which examined 40 of the country’s top hemp CBD brands to “compare product policies and practices.” While the investigation covered a wide range of areas, including growing practices and extraction methods, researchers placed the greatest emphasis on transparency — which the CFS defined as “clearly and openly conveying information about their production practices to consumers.” Brands were scored on a scale of 0 (F) to 100 (A), with the “Transparency” category accounting for 40 of those points.

The overwhelming majority of them did not do well.

According to the survey’s findings, 18 out of 40 CBD brands (including some of the country’s most prominent ones) received a grade of D or F. Only 4 brands scored an A.

Aside from their shortcomings in the “Transparency” category, many brands also made vague or misleading claims about their cultivation practices. For example, 17 brands claimed to use organic ingredients, but researchers found that “nearly all of them do not provide verification of these claims on their products or websites.” A number of brands said their hemp was grown “naturally” or using “state of the art methods” as well, which are nebulous terms that the CFS said “are essentially meaningless.”

Many brands also provided information that, while not necessarily false, could give consumers the impression that their products are safer or more environmentally friendly than the evidence supports. For example, while most brands (65 percent) posted their products’ third-party lab test results online, less than half of them (45 percent) tested their products for pesticides. This isn’t required by law — strictly speaking, no tests of CBD products are required by law due to the lack of FDA regulation. Still, most experts agree that it’s a vital piece of information for consumers to know, since hemp is a bioaccumulator, i.e. a plant that rapidly absorbs the materials found in the soil in which it grows.

These results, while disturbing, are not the first of their kind: Earlier in 2019, an investigation from ABC News found that of the 240 top-selling CBD products on the market, 70 percent were “highly contaminated,” while more than 50 percent were inaccurately labeled.

With CBD brands still struggling to convince customers they’re on the up-and-up, here’s how false product claims set those efforts back:

Consumers May Waste Their Money On Bad CBD

If you’re ever gone shopping for CBD skin care products, you’ve probably realized they’re a lot more expensive than conventional ones. The same holds true if you’ve ever forked over $5 for a single bottle of CBD water or $110 for a jug of CBD maple syrup. Put simply, there’s no getting around the fact that CBD is really expensive.

That expense is much easier to justify if the product lives up to your expectations (whether that’s due to the placebo effect or otherwise, which is an open question when it comes to CBD). Many people don’t mind paying a premium for a face lotion that really reduces their acne, or a beverage that’s refreshing and energizing, or a maple syrup that does whatever maple syrup is supposed to do besides make pancakes taste good.

However, few people enjoy paying top dollar for bargain-bin results. There’s already a CBD wealth gap, and the people who can least afford to waste money on a dud item are the ones who are hurt the most when it can’t back up its claims. Plus, considering all the skepticism already swirling around CBD — the term “snake oil” has been used more than once in major media outlets — this is not the kind of PR the industry needs.

Americans have a lot of reasons for using CBD, and very few of them are frivolous: According to a recent Gallup poll, 14 percent of American adults are currently using CBD to deal with issues like chronic pain, anxiety, and insomnia. Each of these can have massively detrimental effects on people’s quality of life. If you’re counting on your CBD gummies to ease your arthritis symptoms, and those gummies are little more than a ball of sugar, this is obviously not ideal.

To further complicate matters, it’s unclear if the CBD levels in most consumer products are enough to get the job done in the first place. Most clinical trials use dosages of anywhere between 20 to 1,500 mg of CBD, while the serving size for most CBD products is considerably smaller than that.

But while it’s debatable whether 10 mg of CBD is enough to reduce your anxiety, it’s all but certain that 1-2 mg is probably not. Unfortunately, many CBD products don’t even deliver the dosages promised by their labels. One study from 2017, which looked at 31 CBD products sold online, found that “[of] tested products, 26 percent contained less CBD than labeled, which could negate any potential clinical response.”

Falsely-Labeled CBD Products Can Even Put Consumers’ Lives at Risk

While the recent epidemic of vape-related lung illnesses has been linked mainly to black market THC products, a number of cases have involved contaminated CBD vape oils — a problem that continues to dog the industry. In August 2019, the New York Times interviewed forensic toxicologist Dr. Michelle R. Peace of Virginia Commonwealth University, who found that several “all natural” products from a “reputable” manufacturer actually contained dangerous synthetic compounds.

As she told the Times, “People are taking these products in good faith, because they believe somebody is overseeing the quality of these products. But there’s basically nobody.”

But even if brands are completely honest about what’s in their products, consumers can still be at risk if those brands inflate the claims of what their products can do. While the FDA has begun cracking down on CBD companies that make inflated health claims — such as Curaleaf, which pitched its products as a remedy for ailments like cancer, schizophrenia, and ADHD — they’re still a step slow in most cases, and severely ill people who delay treatment in hopes of finding a CBD “miracle cure” are the ones who ultimately pay the price.

Which CBD Companies Have Gotten in Trouble for False Claims?

Curaleaf, which is one of the biggest CBD brands in the world, might be the most notable recent recipient of an FDA warning for false claims, but they’re far from the only brand to earn the agency’s wrath. Since 2015, nearly 30 CBD companies have received warning letters from the FDA about their marketing claims.

This year, Curaleaf and companies like Herbal Healer Academy, Inc., Alternative Laboratories, and Nutra Pure LLC have been admonished for inflating the health claims of a wide array of products, from CBD pet food to old-fashioned tinctures. In the past, the FDA has also cited companies for misrepresenting the cannabinoid content of their products (including a number of brands whose products were completely free of CBD).

While the specifics of the FDA’s warning letters vary from company to company, they all require the offending parties to revise their websites, marketing copy, product labels, and/or other promotional materials. Companies that refuse to comply could face injunctions, product seizures, and other consequences.

In some cases, the toughest penalties come not from the FDA, but from the brand’s financial backers and clients. In the case of Curaleaf, for example, the company’s stock dropped 7 percent after the FDA sent its warning letter in July — and it also lost a lucrative partnership with CVS Pharmacy that would’ve seen Curaleaf products stocked in 800 stores around the country.

There’s no sign that this trend is slowing down, either. In late October, the FDA cracked down on another CBD brand, Rooted Apothecary, for illegally selling products pitched at treating infants’ teething pain and ear aches, ADHD, autism, and other conditions. As acting FDA commissioner Ned Sharpless said in a statement, “[These] actions should send a message to the broader market about complying with FDA requirements.”

Those requirements, at least for the moment, are less clear than many would prefer. But with the FDA’s next moves on CBD regulation expected to come in the near future, there’s hope that the “anything goes” age of CBD might soon be ending.