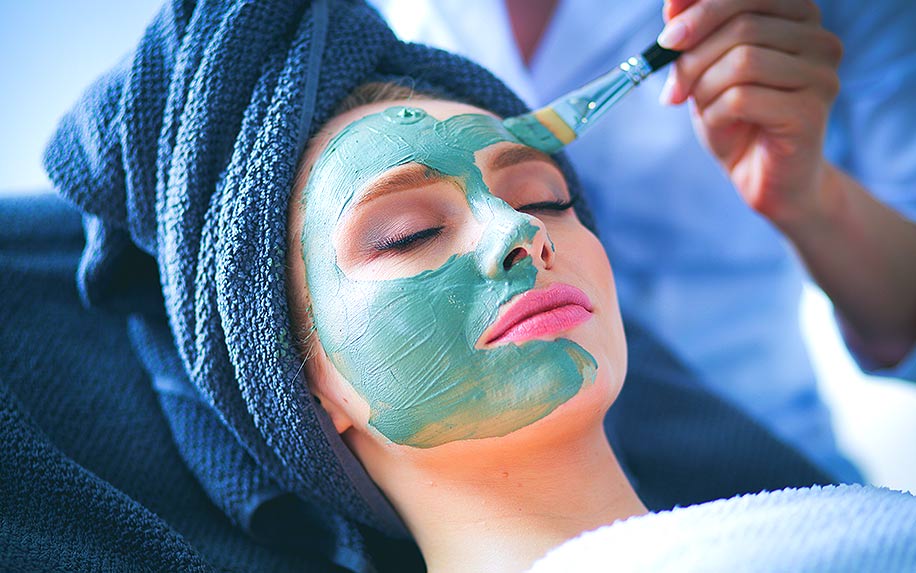 Americans really like going to the spa. According to Statista, we made over 190 million trips there in 2018 alone. It’s not hard to understand the appeal; what’s more relaxing than spending an afternoon getting pampered from head to toe, then going to chill in the jacuzzi while you sip champagne? Maybe nothing — unless you could swap that wine flute for a joint of premium cannabis.

It might sound like a pipe dream, but cannabis-selling spas are a hot topic of conversation in Yountville, CA. Located in the heart of Napa Valley, the picturesque little town is currently holding public debates on whether to allow a cannabis business within its limits. And while many residents are skeptical about opening another dispensary (there’s already one nearby called Harvest of Napa, though it’s limited to medical cannabis patients), other options are getting a closer look.

As planning manager Daniel Gordon told the town council, “The town has a reputation for offering carefully curated experiences. Would a cannabis restaurant enhance this reputation? What about a spa offering cannabis alongside its regular treatments?”

Napa Valley is no stranger to cannabis controversies — there’s a well-documented feud currently raging between its vintners and cannabis growers. But while some residents remain skeptical about any cannabis-related business setting up shop, the promise of making it “respectable” and “high-end” has won a growing number of converts.

However, as other cities in California and around the country have discovered, setting up a cannabis spa might not be so simple.

First, Is It Even Legal to Sell Cannabis Outside of Dispensaries?

Even in states with legal cannabis, there are many restrictions on where cannabis can (or more often, can’t) be sold.

Take Lowell Farms in California, for example. America’s first cannabis cafe recently opened in West Hollywood, but as founder (and cannabisMD advisor) Andrea Drummer can attest, it was an uphill battle. Acquiring the permits to open a dispensary is hard enough, but once food or other factors enter the equation, it becomes even more of a challenge.

The story of Denver’s Utopia All Natural Wellness Spa and Lounge provides an illuminating case study. Back in 2018, it applied for a permit to become the first cannabis spa in the country, citing Denver’s “social use” regulation that allows some non-dispensary businesses to sell cannabis for on-site consumption. However, the city eventually rejected that application on the grounds that the proposed site was too close to a child care center, as reported by the Denver Post.

While it’s at least theoretically possible to sell cannabis outside dispensaries in states like Colorado and California, others draw a much harder line. For example, Illinois and Michigan are the two most-recent states to legalize cannabis, and neither allow sales outside of licensed dispensaries (which are rarities in themselves; only 400 of Michigan’s 1,800 municipalities are allowing recreational dispensaries).

Some believe this caution is justified. “[Legal cannabis] is brand new for a lot of municipalities. I think it’s important that they are doing their due diligence and taking an approach that honors the will of their people,” as Andrew Brisbo, head of Michigan’s Marijuana Regulatory Agency, told the Associated Press.

Although this means it may be a while before your post-massage cup of tea comes with a tastefully-rolled joint, it might come as a surprise to cannabis skeptics that the plant is already present in spas around the country.

How Spas Are Already Using Cannabis

CBD, the non-intoxicating cannabis compound that took over the wellness world in 2019, is already used by millions of Americans to relieve anxiety, pain, and other assorted ailments — which has made it a natural fit for spa treatments.

Under the 2018 Farm Bill, CBD products that contain less than 0.3 percent THC (the compound responsible for cannabis’ famous high) are legal at the federal level. While a handful of states continue to ban it, in general it’s much easier for a spa to offer an Ayurvedic CBD massage than it is for them to sell a jar of cannabis flower to their blissed-out customers.

In fact, almost all of the traditional services people expect at a spa now come with CBD-infused options. If your feet have been looking a little rough lately, you can get them sparkling again (do feet actually sparkle? who knows, let’s move on) with a CBD pedicure. Tough week at work left you feeling like a zombie? You could get your game face back with a CBD facial, if you’re so inclined.

In most cases, these infused treatments simply involve swapping out conventional products for CBD-infused ones (which tend to come with much higher price tags). It’s debatable whether or not they’re really more effective — there are plenty of anecdotal reports both for and against them, though the scientific research is decidedly lacking — but one thing’s clear: they’re certainly popular.

So Will Spas Be a Future Hotspot for Cannabis Sales?

Things are certainly trending in that direction, but it could be a loooooooong time before we get there.

Despite the widespread enthusiasm for cannabis as a wellness product, even the most progressive parts of the country (like California) still have strict rules that restrict how and where cannabis can be sold. And while cannabis is more popular than ever among Americans of all backgrounds, we still have a long way to go before puffing on a joint or vape pen is viewed the same way as knocking back a mimosa or two after you get your nails done.

Having said that, it’s likely that spa owners in states with legal cannabis will be watching the developments in Yountville with close interest. If the town ends up setting a precedent for legal cannabis sales in spas — and it turns out to be a boon for the local tourism industry — don’t be surprised to see a wave of copycats before too long.