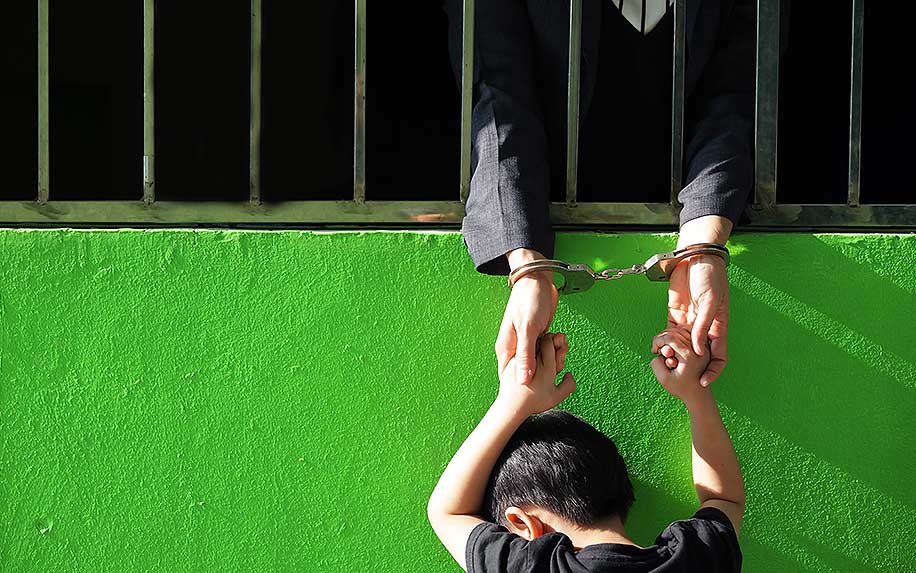 Parents who give their children CBD could face legal consequences. Image Credit: By sakhorn on shutterstock.

Cannabidiol (CBD) has been touted as a remedy for almost every malady known to man, but its sole stamp of government approval is for the treatment of epilepsy. For many parents of children who experience seizures, the non-psychoactive cannabis derivative has offered a beacon of hope. But its use also comes with considerable legal risk, which an increasing number of families are opting to take in hopes of saving their children’s lives.

Although CBD was federally legalized under the 2018 Farm Bill, it’s still completely outlawed in a handful of states. But even parents in states where it is legalized can face severe consequences if they attempt to treat their children’s conditions with CBD, since it has not yet been approved by the Food and Drug Administration (FDA) — at the moment, only a CBD-derived drug called Epidiolex has the agency’s approval.

Despite this, some doctors are still comfortable using CBD-based treatments for seizures, since an overwhelming amount of clinical evidence show it can be both safe (even for children, with a few caveats) and effective for a wide range of epileptic conditions. These doctors tend to be based in states with strong cannabis cultures, which has led some families to uproot their lives and move (west, in most cases) with the hope of finding easier, more secure access to cannabis-based medicine.

In states where CBD still carries a stronger stigma, many medical professionals are less accepting of this alternative treatment — and, in some cases, outright hostile. The case of the Jerger family in Indiana is a clear illustration: when the parents informed their doctors that their epileptic 2-year-old was responding well to non-prescribed CBD dosages, they were promptly issued a threat that their child could be taken from them.

What’s at Stake for Parents Who Give Their Kids CBD Oil?

For many parents choosing to use CBD oil for their children, the ultimate fear is an intervention by Child Protection Services (CPS), something which the Jergers experienced. The day after informing their daughter’s medical team about their daughter’s alternative treatment, CPS officials arrived at the family home.

“[They said] … they would take her. We were scared to death that they were not only going to take Jaelah but take our other kids too,” said Lelah Jerger, the girl’s mother. “I still have nightmares about dealing with CPS.”

The Jergers were able to avoid losing their children — though their subsequent decision to cease conventional treatments in favor of CBD means that could change at any moment — but other families have not been so lucky.

For Maria Selva and her husband, this nightmare became a reality when their 7-year-old daughter, Aliana, was removed from their care by CPS in October 2017. In a similar sequence of events, Aliana was diagnosed with epilepsy and, having responded badly to conventional medications, her parents began to treat her with CBD.

As a result, the couple were charged with “severe medical neglect” by CPS.

But the Selvas argued that the real neglect would have been to continue using the girl’s prescribed medications, which seemed to be doing more harm than good. “She went from jumping on the bed, saying she wanted to have a dance party to sobbing and banging her head against the wall. She didn’t care that she was hurting herself. It was completely outside her personality,” said Maria Selva. When she learned that other families were finding better results with CBD, she decided it was worth the risk.

According to Dr. Courtney Wusthoff, assistant professor of neurology and neurological sciences at Stanford’s Division of Child Neurology, “For most children diagnosed with epilepsy, conventional medications succeed in controlling seizures … At the same time, for up to one-third of patients with epilepsy, seizures are not fully controlled by medication.” As Wusthoff told PEOPLE, this has led many parents to explore other options like CBD, despite the potential risks. “For families of children with epilepsy that has been uncontrolled by medication, interest in alternative treatments is especially high,” she said.