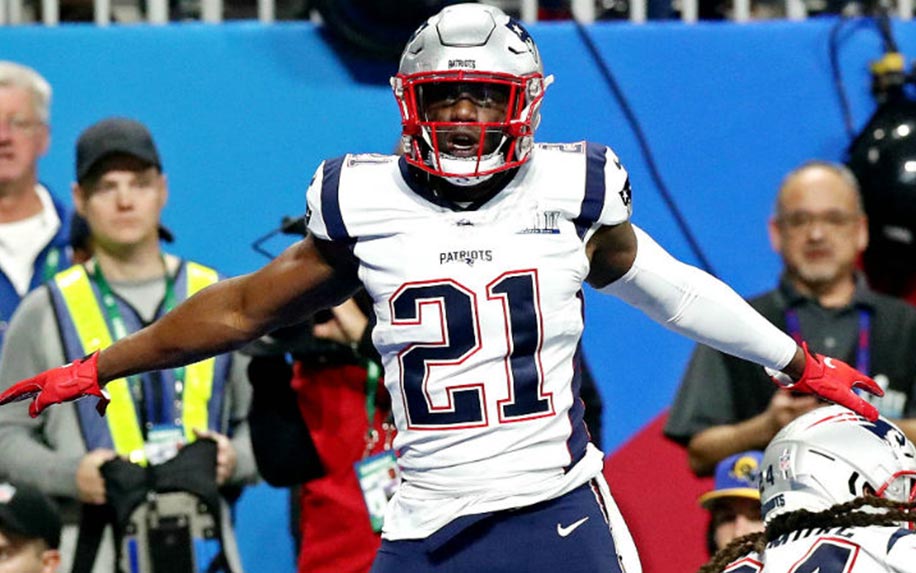 Duron Harmon, a United States athlete also known as The Closer is a 27 year old American football safety who plays for the New England Patriots in the National Football League. Harmo, the defensive back who had his best season in 2017. He played in all 16 contests and closed out the season with 23 tackles, four interceptions, and seven pass deflections. He has played all five seasons alongside the New England Patriots.

On the 23rd March 2018, Duron Harmon was arrested in Juan Santamaria International Airport in Costa Rica and was expelled from the country after a luggage check revealed that he was carrying and traveling with four glasses (containers used for tea) compressed with 58 grams of cannabis, cannabis oil (hash oil), candy with medium amounts of THC, and three cannabis pipes.

Upon the discovery of these items, the police arrested Harmon and he was detained before being deported back to America (according to the Ministry of Public Security and The Costa Rica Star and La Nacion). No criminal charges were made. The director of the Fiscal Control Police and police officer Irving Malespin, spoke of Harmon’s arrest and deportation in a statement.

This involved a professional NFL player, who tried to come into the country carrying marijuana,” director of the Fiscal Control Police Irving Malespin told The Costa Rica Star. “We has sent (him) back to US territory. It is important to highlight the work of different police bodies, who carry out important operations in different areas of the country. We want to prevent undesirable people from entering the country.

The Patriots made a comment when they found out about their teammate’s arrest.

“We are aware of the situation involving Duron Harmon Friday night in Costa Rica. He has since returned to the U.S. and we are seeking to gain more information. At this time, we have no further update.

Duron Harmon was sent back to the US and returned to Costa Rica later via Fort Lauderdale, Florida. On Saturday night (the 24th of March), Harmon took to social media and issued an apology to his family, the Patriots and the Kraft family via Instagram. The apology read

I would like to extend my deepest regrets and sincerest apologies to Patriots fans, my teammates, my coaches, the Kratfs and the NFL. In addition, I apologize to my friends, family and especially my wife and two sons. Friday does not represent who I am or the person I strive to be. I am committed to doing everything within my power to regain the trust and respect of everyone who believes in me as an athlete, role model, person, and friend. I appreciate your understanding and, once again, I apologize with all my heart.

The response he received was positive. With over 16’000 likes and 1’700+ comments, his friends and fans reached out to him. One fan wrote

I always thought athletes who got caught with [cannabis] were losers. Most are, but you’re not. Pats nation can tell you made a mistake and feel very bad about it, and we all support you and you’re still one of my favorite players on the Pats.

The NFL has severe penalties for cannabis use and Harmon could be facing a suspension. The Patriots are also known to be harsh with players who have been caught smoking cannabis. Regardless, he has seemed to avoid any sanctions seeing as he received a contract extension worth $20 million.

Earlier this month another NFL star made headlines because of his passion for cannabis. Former running back, Ricky Williams, has launched his own range of cannabis products. The former Miami Dolphin player said that he is launching a line of cannabis-based products into the market. The products a that are intended to be used in health routines. His brand, Real Wellness, will consist of six different marijuana-derived products.

While athletes in the NFL are often brutally injured due to the sport, the NFL fail to look into the possible benefits of medical marijuana. The demand to allow cannabis use in the NFL is being demanded by fans and players alike due to the past decade of scientific evidence linking American football to severe brain injuries. In fact, a study with 111 former NFL players showed that 110 out of the 111 had the degenerative brain disease chronic traumatic encephalopathy (CTE).

The league’s treatment of injured players needs to be altered and it exacerbates prescription drug abuse and the epidemic itself. Former and retired NFL players end up misusing opioid-based painkillers and medication and the number of this amount is four times more than the general population.

Cannabis as a medical treatment and as a recreational substance is on the rise. The NFL will need to update their policy on the herb, otherwise, controversies like these could become more and more common.