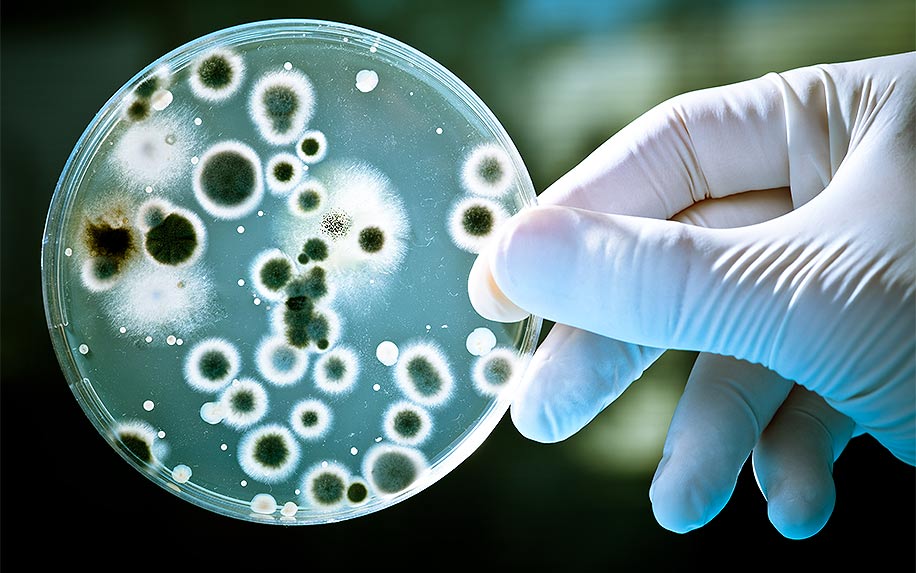 Can CBD fight superbugs? Some scientists think so. Image Credit: By Alexander Raths on shutterstock.

A recent Australian study has brought new light to old findings — showing that CBD can be a potent antibacterial force in the treatment of antibiotic-resistant bacteria.

At the American Society for Microbiology’s annual meeting on June 23, Dr. Mark Blaskovich, senior research officer at the Centre for Superbug Solutions at the University of Queensland in Australia, presented evidence of CBD’s effect on gram-positive bacteria like the Staphylococcus aureus strain MRSA, which causes staph infections and has become increasingly resistant to antibiotics over the years. The findings, Blaskovich stressed, should be considered as preliminary until they are published in a peer-reviewed medical journal.

The study was funded by Botanix Pharmaceuticals Ltd., which is researching the use of CBD-synthetic drugs on skin conditions, like the proprietary drug BTX 1801 used in the study. Botanix has three other synthetic CBD products in its pipeline, which are intended for combating acne, atopic dermatitis, and psoriasis.

Though the study was conducted on bacteria in test tubes and Blaskovich said, “It needs a lot more work to show [that CBD] would be useful to treat infections in humans,” the results are encouraging. In comparing CBD to common antibiotics such as vancomycin, Blaskovich “looked at how quickly the CBD killed the bacteria. It’s quite fast, within three hours, which is pretty good. Vancomycin kills over 6-8 hours.”

Still, it’s premature to anoint CBD as the solution to all the world’s bacterial problems. In another study presented at the meeting, Blaskovich’s team tested a topical synthetic CBD preparation on skin infections in mice. While the number of bacteria decreased, the infection persisted.

These findings are promising, though, and they’re not without precedent — evidence of the antibacterial potency of CBD has been circulated in peer-reviewed journals since 1976, when Dutch researchers published a study that found both CBD and THC were effective against staphylococci and streptococci. Nor are these findings without contemporary corroboration — a study coming to nearly the same conclusions as Blaskovich’s presentation was published in 2018 in Scientific Reports, the largest scientific journal in the world, co-authored by the “godfather of cannabis research,” Raphael Mechoulam.

Given the well-documented nature of CBD’s effect on bacteria, one may wonder whether this is another case of the pharmaceutical industry stealing CBD’s thunder. But also consider that while antibiotic research is on the decline, antibiotic resistance is reaching dangerously high levels, according to the World Health Organization.

“There is very little research going on in antibiotics now compared to how it was 30 years ago,” Blaskovich said.

How CBD Could Become the Antibiotic of the Future

One area where the new research shines is in its breadth of testing. Blaskovich tested the CBD analog on 132 clinical isolates of Staphylococcus, as well as Streptococcus pneumoniae (which leads to pneumonia) and Enterococcus faecalis, which can be life-threatening in those with weak immune systems. The research also uncovered CBD’s ruggedness in antibiotic applications — the bacteria did not become resistant to the drug even after 20 days’ exposure, the period when bacteria can adapt to currently-used drugs.

“It’s a substantial advantage over most other existing antibiotics,” Blaskovich said. “At some point, we’ll find that resistance does occur, because for every antibiotic ever introduced, resistance has happened.” But even in such cases, the research has demonstrated that resistance will be slowed, “which suggests that its mode of action is quite unique from most other antibiotics.”

In the past decade, studies have suggested the existence of a functional endocannabinoid system (ECS) in the skin, a version of the regulatory system that cannabinoids like CBD interact with to achieve their effects. This cutaneous ECS is said to control skin cells, and disruption of it is thought to figure in the development of conditions and diseases like acne, psoriasis, and skin cancer.

This may be an obstacle to CBD reaching its antibiotic potential. “So far, we have only shown it works topically, on the skin surface,” Blaskovich said. “To be really useful, it would be good if we could show that it treated systemic infections [like] pneumonia, or complicated tissue infections, where you have to give it orally or by intravenous dosing. A very preliminary study didn’t show that it works in these more difficult models.”