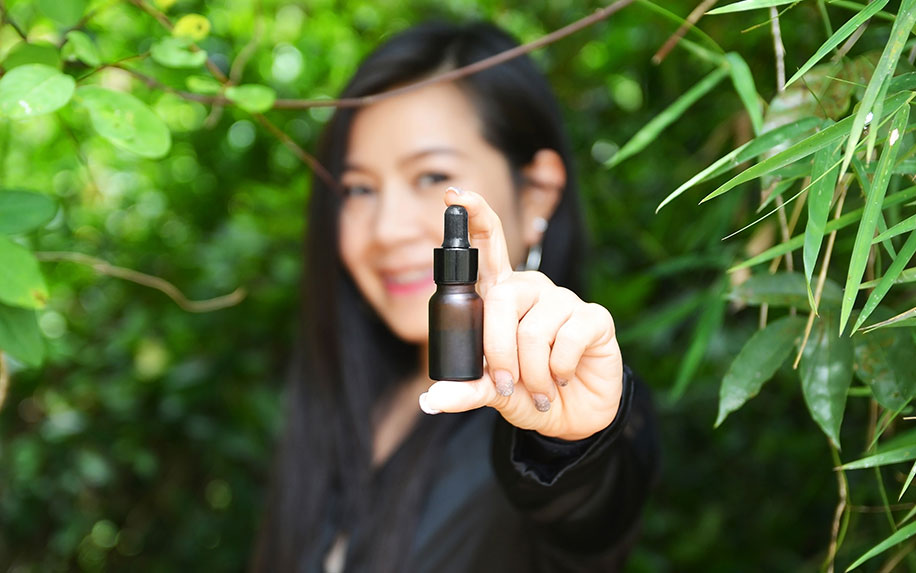 On average, CBD users take 30 to 63 percent fewer medications than those who don’t use the cannabinoid.Image Credit: By khuruzero on shutterstock.

“Current users overwhelmingly believe in the power of CBD,” Mike Luce, cofounder of High Yield Insights, said in the report’s press release. “Over 80 percent of our study participants have faith in CBD’s ability to improve overall wellness, including a myriad of physical and mental health conditions. This perception causes ripple effects in other categories like alcohol, as CBD is seen as a healthier alternative for occasions such as winding down in the evening.”

The survey — which incorporated responses from 1,500 American CBD users aged 21 and over, as well as 500 non-CBD users — saw a 20 percent across-the-board reduction in alcohol intake among CBD users. Wine appeared to be the category most vulnerable to CBD replacement, with 25 percent of wine drinkers reporting a reduction in their intake — perhaps giving credence to the idea that the wine industry should be concerned about the rise of cannabis.

Additionally, over half of the CBD users surveyed reported drops in their use of prescription anxiety, antidepressant, and pain relief medications. The top mental and emotional challenges driving surveyed users to CBD were anxiety (63 percent) and depression (44 percent). Physical ailments like joint pain (39 percent), muscle tension (33 percent) and difficulty sleeping (30 percent) were also widely cited. These findings are roughly in line with those of a recent Gallup poll, which found users cited relief from pain, anxiety, and insomnia as their top reasons for using CBD.

For Luce, the survey responses seem to point to CBD’s growing impact on other categories of self-care products. “We heard consumers voice greater interest in CBD than other products like vitamins and supplements as well,” he said. “These substitution effects will spread across many mainstream categories as awareness, interest and usage of CBD products continue to grow.”

Why People Are Choosing CBD Over Alcohol, Pharmaceuticals

High Yield Insights isn’t the first to notice the substitution phenomenon that has emerged alongside CBD. Luce noted a telling sign: “It’s not surprising to see alcohol brands investing in the Canadian cannabis industry and the domestic CBD marketplace given the potential for growth or at least capturing substitution dollars in markets that are going to be most affected,” he said.

Recent research has lent some scientific credence to the observation that CBD bodes ill for alcohol consumption: A 2019 study from researchers at the University of Colorado-Boulder found that people who smoked CBD-dominant cannabis reduced their alcohol intake by 50 percent.

Another cannabis research firm, BDS Analytics, has highlighted a shift in cannabis and alcohol usage on a broader scale. In 2018, BDS’s findings showed that 72 percent of cannabis consumers over the age of 21 also drank alcohol in legal jurisdictions throughout the U.S. and Canada. In 2019, the number dipped to 68 percent.

However, in the case of cannabis, a clear substitution pattern is not clear (though recent studies have suggested it might be more pronounced than once thought). BDS found that cannabis users are more likely to drink alcohol than non-users and the cannabis-curious on the whole.

As BDS vice president Jessica Lukas told Leafly, “Not every cannabis dollar spent is a dollar taken away from alcohol.”

There may be a biological mechanism at work in CBD’s alcohol substitution effect as well. In a 2019 review of studies exploring the crossover appeal of CBD and alcohol on animal subjects, the French and Belgian study authors cited several examples of CBD reducing alcohol consumption.

This reduction seems to have been accomplished in a variety of ways. The study authors wrote, “Experimental studies converge to find that CBD reduces the overall level of alcohol drinking in animal models of [alcohol use disorders] by reducing ethanol intake, motivation for ethanol, relapse, and by decreasing anxiety and impulsivity.”

In the case of CBD’s substitution effect on prescription medications, the switchover is better mapped — and tends to be more pronounced. One collaborative 2017 study between cannabis researchers at the Brightfield Group and cannabis brand HelloMD showed that 42 percent of CBD users stopped their use of traditional medications entirely — with 80 percent rating CBD as an effective treatment for their issues.