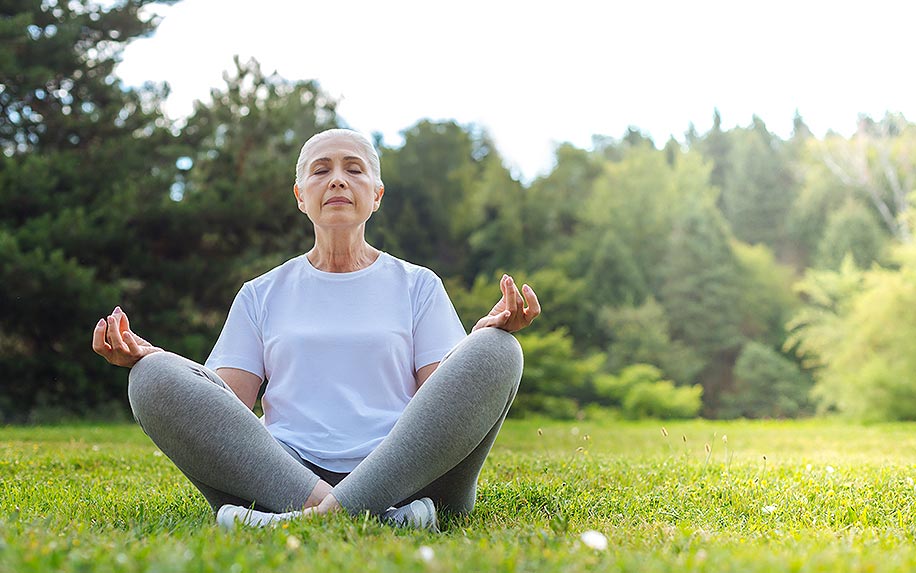 In the past few years, as more and more states have legalized both medical and even recreational cannabis, the plant has at last been unchained from decades of stigma. Still, if you imagine that means a marijuana free-for-all, with young people diving into cannabis culture head first, it may surprise you to learn that the fastest growing group of cannabis users in the U.S. isn’t actually youth-oriented at all.

According to a 2019 study from the University of Colorado, “the rate of cannabis use by older adults [people over the age of 60] is increasing more quickly than all other age groups,” which corroborated a 2016 National Survey of Drug Use and Health that found the number of cannabis users over 65 years old had increased tenfold since the previous year. Researchers aren’t the only ones to notice this trend — as a recent Associated Press feature described, “many industry officials say the fastest-growing segment of their customer base [are] aging baby boomers or even those a little older who are seeking to treat the aches and sleeplessness and other maladies of old age with the same herb that many of them once passed around at parties.”

Yet while it’s been clear for some time that more older people are using cannabis, there’s been less certainty as to why they’re using it. However, the reasons might be more straightforward than you’d think.

How (and Why) Senior Citizens Are Using Cannabis

Undeniably, older people use cannabis because they’re more prone to experience pain. Pains and aches come can come at a high cost, particularly when pharmaceuticals are involved — and not just in terms of price.

Seniors are often prescribed a cocktail of drugs to treat pain and other symptoms from a variety of age-related illnesses— things like chronic and neuropathic pain, inflammation of the liver, cancer, arthritis, and early signs of dementia. Some of these drugs can be extremely addictive and come with myriad side effects. In comparison, research suggests that cannabis is not addictive and is known to decrease inflammation and help relieve pain.

In the places where medical and recreational cannabis are now legal, the number of people who use it for pain relief has skyrocketed. A review of patient data taken from a Colorado medical cannabis program showed that nearly 90 percent of people over 65 had listed pain as their primary reason for using cannabis.

Of course, it’s hard to ignore cost comparison with treatment. On average, an American over 65 spends up to $3,000 each year on pharmaceutical drugs. By contrast, those using medical cannabis for pain relief will spend $650 annually, which could be reason alone to switch.

Although we’ve seen more and more research on the efficacy of medical cannabis and pain, there are few scientific studies on how cannabis specifically affects the elderly. Dr. Daniel Clauw, a pain specialist at the University of Michigan told Healthline; “We really know very little about the effects of marijuana in the elderly. Everything about medical marijuana needs better study, but especially this topic”. And, because older people often combine pharmaceutical drugs, adding cannabis to the mix without a doctor’s authorization could be dangerous. Combining marijuana with prescribed opioids for example would set off serious alarm bells.

Apart from being an alternative health treatment, older people may be using cannabis because, well, they simply enjoy it. Consumer interest in cannabis has surged, and new products emerge in the cannabis space almost every day — which means smoking cannabis is not the only option for those new to the drug. There’s CBD oil for people looking for the health benefits but not the high; cannabis edibles in the form of lollipops, chocolates, gummies, and cakes for those who prefer not to smoke; there’s even topical creams and lotions to rub directly onto the skin.

For those who are older than 65, or even in their 50s and early 60s, and trying cannabis for the first (or the first in a long) time, it’s important to emphasize the need to go slow and that a little goes a long way, and that cannabis from the ‘60s and ‘70s was far milder than what’s being grown and produced and sold today. Research is recommended before trying any new drug — as is discussing your options with a medical professional.