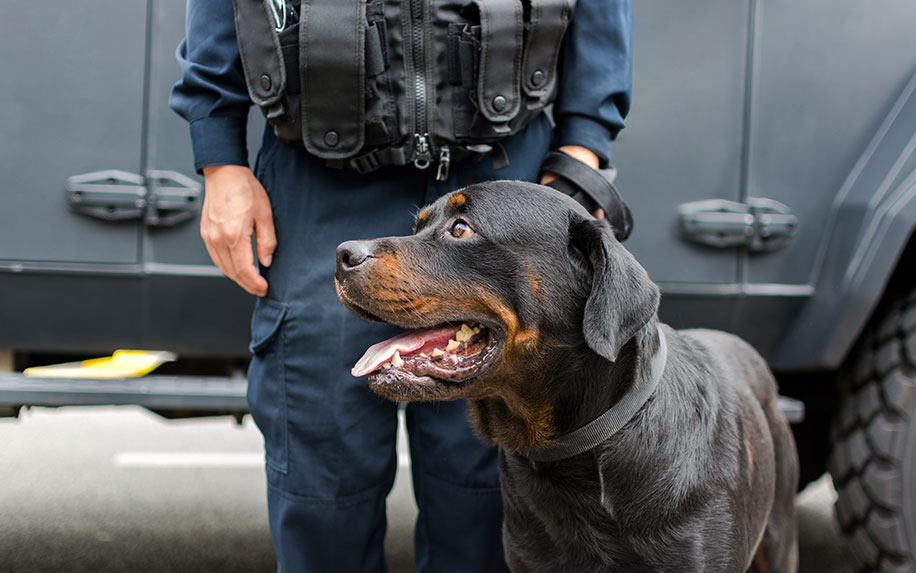 State police dogs are being trained out of sniffing for cannabis. Image Credit: By Victor Jiang on shutterstock.

According to a recent announcement from the New Jersey Attorney General, the state’s police dogs will no longer be trained to sniff out cannabis. It’s the latest development in a nationwide trend as law enforcement grapples with the unexpected challenges of cannabis legalization.

As the number of cannabis-friendly states continues to grow, local police departments are having to change the way they use their canine partners. In the past, these working dogs had been trained extensively to detect the scent of cannabis from up to 100 yards away. Up until now, these animals have been one of the police’s primary tools for fighting the illegal drug trade in America’s cities and towns, but now they’re being put out of a job.

“It’s not practical to have a marijuana-sniffing dog on the road anymore,” said Colorado police office Garrett Duncan, whose force has seen first hand how using dogs trained to sniff out cannabis can actually impede prosecutions.

In Colorado, police dogs have been trained to ignore cannabis for years, though this hasn’t been enough to completely avoid controversy when it comes to drug-related searches. Now, as more states begin to follow its lead, their own law enforcement officers are starting to encounter many of the same issues.

How Legal Cannabis Is Changing the Role of K9 Units

“A dog can’t tell you, ‘Hey, I smell marijuana,’ or ‘I smell meth.’ They have the same behavior for any drug that they’ve been trained on,” explained Tommy Klein, police chief in Rifle, Colorado. This means that in states where cannabis is legal in any form, all of the alerts made by K9 officers are invalidated. “If [a police dog] were to alert on a car, we no longer have probable cause for a search based on his alert alone.”

This problem has come up in practice for one police dog in Moffat County, Colorado, who alerted its handler about a truck suspected of containing drugs. When the vehicle was searched by officers, they found a pipe containing residue of methamphetamine. However, this was ruled to be inadmissible in court, since the judge found that the dog’s signal could have been related to cannabis (which was also present in the truck) instead of methamphetamine. As a result, the police officers’ search was ruled invalid, and the truck driver’s conviction was overturned.

To avoid similar problems in the future, many police departments across the country (even those in states that have yet to legalize cannabis) are asking that their future recruits not be trained to sniff for the drug.

“I just did a dog for a department in Texas that asked me not to put marijuana on her,” said Ron Cloward, the owner of Top Dog Police K-9 Training and Consulting. “They had the feeling there could be some changes coming there, and they wanted to plan ahead.”

These changes have put local police forces under significant financial strain. Retiring current canine officers to replace them with newly trained ones is an expensive move, with new dogs coming in at around $6,000 and their training costing thousands more. Considering that there are approximately 75,000 police dogs working in the United States today, it’s unlikely that the problem will be solved overnight.