Cannabis in The Workplace – Businesses Approach to Cannabis 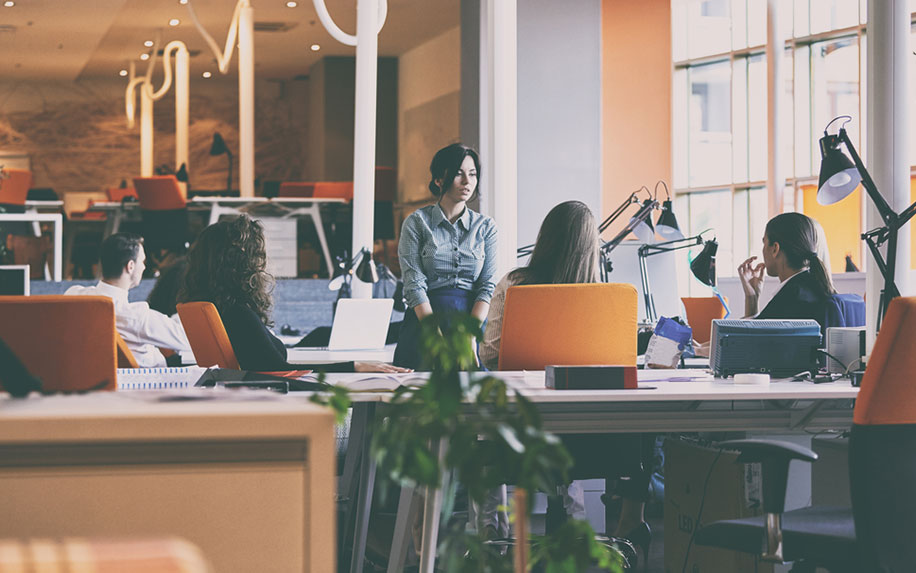 Image Credit: By fotoinfo on Shutterstock

As the medical benefits of cannabis unfold, the plant is becoming increasingly accepted. Now, more than ever, workers are owning up to cannabis use, regardless of their job title and sector. This wasn’t the case a few years ago, or even a few months ago. Cannabis was frowned upon and it’s only now that people are starting to notice it’s potential. This goes for employers too. It is self-evident, and when looking at the characteristics of work environments, if the choice of cannabis strain for treating patients (and their employees) is tailored, consuming cannabis on duty isn’t unquestionable. According to the HRPA survey,

“11% of respondent companies have a policy in place to address medical marijuana, and 45.9% do not believe their existing policy adequately covers any potential workplace issues that may arise with the legalization of recreational marijuana”.

Awareness of possible employee recreational marijuana use can inform employer policies regarding drug use and workplace impairment. For example, safety-sensitive industries that have higher prevalences of self-reported marijuana use could consider evaluating their current drug testing programs, drug panels used for pre-employment screening, and testing frequencies, and develop policies regarding tolerance of drug use.

A Shift in Attitudes Towards Cannabis

Labor shortages across America are having a negative effect on many businesses. While this trend is having far-reaching effects on businesses of all kinds, nobody expected it would have an effect on the cannabis industry. As a result of the shortages, large businesses ranging from hotels to manufacturers are dropping previously standardized cannabis tests from their hiring procedures. This move comes as an effort to gain access to the larger numbers of potential employees that they so desperately need.

Michael Clarkson, head of a drug testing practice law firm explained that this change to the approach of so many businesses was not expected. This clearly shows that as cannabis becomes legalized in more states, increasing numbers of people are using it.

In Massachusetts, Rhode Island and Connecticut, where cannabis is legalized medically, patients who have medical uses of marijuana have won lawsuits against employers that have fired them and rescinded job offers as a result of testing positive for cannabis. Pressure from Labor Secretary Alexander Acosta of the Trump Administration has also encouraged businesses to loosen their policies on cannabis. While the employment sector has been slow to adapt its hiring procedures to the changing social environments, it seems to be catching up at last. This also appears to be true of state legislatures who are setting precedent in this area.

The Future of Cannabis and Drug Testing

Cannabis use is on the increase across all adult age groups, according to recent studies. Of particular interest is the fact that the demographic who are seeing the biggest increase is baby boomers, who are between 54-74 years of age. This is the age at which many men and women reach the top of their profession, and their employability is highest. It will be very interesting to see how this increase in cannabis use affects those falling within this age range in particular.

In the meantime, prospects for both recreational and medical cannabis using job seekers are looking promising. Scientific research is obtaining medical information and properties of the plant. Pre-clinical and clinical trials are also indicating that the plant could be used to treat medical conditions such as forms of epilepsy, Parkinson’s Disease (PD) and multiple sclerosis (MS), but the side effects are still not known.

The food and drug administration (FDA) approved a cannabis-based drug called Epidiolex which is used to treat epilepsy. All of the above is an indication as to what the future of cannabis looks like. So will large and small business start changing their current approach to drug testing? It’s important that the government introduce two separate regulatory streams i.e recreational and medical cannabis) so employers can determine duties and can, therefore, accommodate to those duties (guidelines should also be included).

Experts argue that because the cognitive requirements for driving and other safety-sensitive tasks overlap, the studies on cannabis-impaired driving can be translated into the context of the workplace. A joint guidance statement from the American Association of Occupational Health Nurses and the American College of Professionals and Employers explains it well. It states, “Because much of the knowledge regarding impairment and accident risk in the workplace due to alcohol intoxication has been gleaned from studies of driving impairment and crash risk, these same types of studies can be used to assess impairment in the workplace from cannabis.