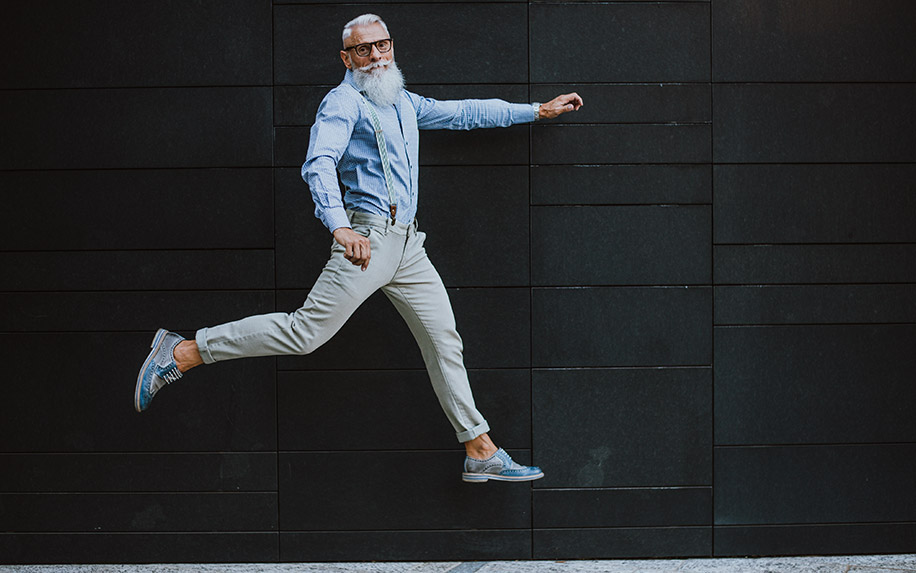 With baby boomers dealing with health waiting time cuts its not wonder they love turning to CBD for chronic pain relief. Image Credit: By oneinchpunch on shutterstock

Baby boomers are quickly becoming some of the biggest advocates of CBD and medical cannabis, and some of its most sought after consumers. The most visible — and vocal — example may be John Boehner, the 69-year-old former Speaker of the House, who went from being “unalterably opposed” to cannabis legalization to joining the board of cannabis distributor Acreage Holdings. This, he said, was a result of his “evolved” thinking on the subject, and the urgency brought about by the opioid epidemic in the US.

But Boehner isn’t the only one from the post-World War II generation who’s suddenly infatuated with CBD.

According to a report from Eaze Insights that surveyed the buying habits of 450,000 cannabis users, people born from 1946–1964 are most likely to primarily purchase CBD products, with female boomers making up 21 percent of consumers primarily purchasing CBD products. The purchase of CBD products grew by 25 percent year-on-year among baby boomers, after growing by 19 percent in 2017.

At the last census count, there were 74 million baby boomers in America — which comprises nearly 23 percent of the population.

This generation is also at the center of the American opioid epidemic, which claimed 47,600 lives through overdose in 2017. The largest study to date of opioid deaths found that those born between 1947 and 1964 were at the greatest risk for prescription opioid and heroin overdose deaths in the U.S., and the rate of increase for such deaths among the age group has been climbing at a faster rate than that of any other age group. The death rate among baby boomers was 25 percent greater than the lowest ranking group in the study.

The Eaze survey also found that cannabis use has helped 76 percent of baby boomers reduce or stop their consumption of over-the-counter medications, while 49 percent cut down or ended their prescription drug regimens.

Interestingly, there seem to be two segments of the baby boomer generation that are turning to cannabis. The first group has never tried cannabis, but are now drawn to its health benefits. The second group used cannabis in the ‘60s and ‘70s, then gave it up as they grew older. Having weathered everything from the Cold War to the Great Recession, they’re now turning back to the cannabis plant as they reach retirement age.

While many of these boomers have urgent health concerns like chronic pain, many of them are averse to the altered mental state that comes with tetrahydrocannabinol (THC) — though it should be noted that THC has been shown to treat some of those exact health concerns. And all of them are getting older, and thus more likely to be affected by the age-related conditions that the effects of CBD can alleviate. As the door opens wider for cannabis and its derivatives to enter mainstream culture — thanks to both decreasing stigmatization and better science — many American seniors are adopting CBD as a side effect-free solution to their health care needs.

The recent rescheduling of CBD from a Schedule 1 to Schedule 5 drug — the same category as prescription cough syrup — and the passage of the 2018 Farm Bill, which legalized the growing of hemp, has taken CBD a step closer to full legalization. But legitimacy came earlier in the eyes of older Americans, through a growing presence in articles, online shops, and cafes.

As reputable organizations like the Food and Drug Administration (FDA) conduct more clinical trials to investigate the effects of CBD (and THC), boomers seeking to stretch their Social Security benefits may become some of medical cannabis’ biggest fans.

Though states like New York, Maine and Ohio have made noise about crackdowns on CBD products, it may be too late to put the CBD genie back into its bottle — and as long as it stays accessible, its popularity among baby boomers should continue to grow.