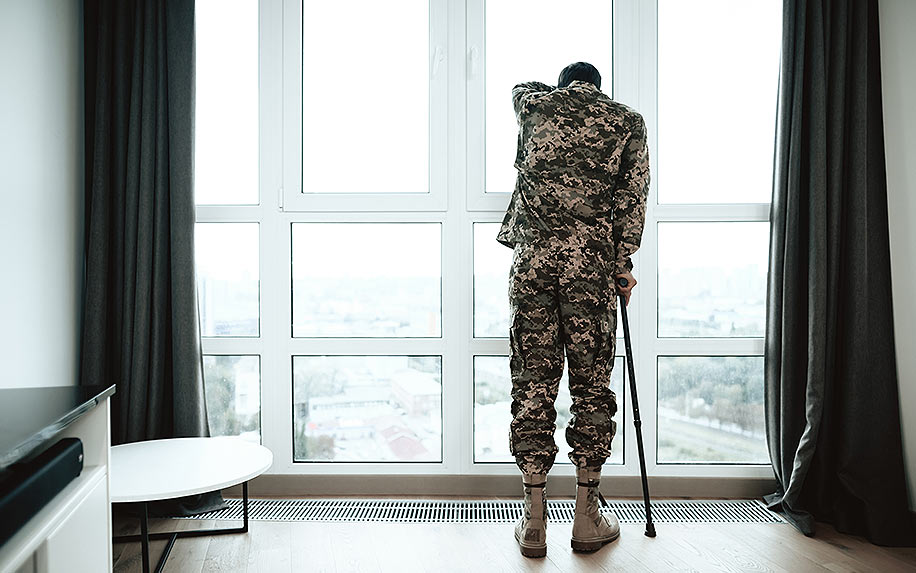 Disabled veterans are increasingly looking to medical cannabis as an alternative treatment option. Image Credit: By VGstockstudio on shutterstock.

From the far-flung island territory of Guam to the heartland state of Illinois, accessing cannabis has gotten much easier for many Americans in 2019. But one group with a lot to gain from the plant’s medicinal qualities is still facing major difficulties — America’s military veterans.

Rep. Earl Blumenauer (D-OR) has attached the same provision to legislation every year since 2014, aiming to allow Department of Veteran Affairs (VA) doctors to prescribe medical cannabis to their ex-military patients. The bills to which it’s been attached have failed to pass the legislature every year except for 2016, when the Republican House leadership stripped out the VA provision. And it failed again this year, when Blumenauer withdrew the amendment from the Veterans Equal Access Act in late June after the VA removed its tenuous endorsement, arguing for the first time that their physicians “would have been professionally liable” if they issued medical cannabis recommendations.

“This is a new wrinkle from the VA,” Blumenauer said. “If we’d known, I’m absolutely convinced we could have” passed the measure.

The VA Medicinal Cannabis Research Act of 2018 and the Veterans Cannabis Use for Safe Healing Act were also withdrawn from a House Committee on Veterans Affairs hearing in May after VA opposition. The first bill had 55 bipartisan sponsors, and would have authorized the VA to conduct cannabis research for conditions such as chronic pain or post-traumatic stress disorder (PTSD). The second bill would have protected veteran benefits if they participated in a state-approved cannabis program.

The VA has proven to be unmoved on the medical cannabis question, even after endorsing two measures that aim to address the epidemic of veteran suicides. As detailed on Military.com, they claim their hands are tied as a federal agency, bound by federal cannabis prohibition as reinforced by specific Drug Enforcement Administration (DEA) guidance. For many, however, this intransigence is failing the two million U.S. veterans who use cannabis to self-medicate for that conditions that the VA Medicinal Cannabis Research Act sought to explore.

As Blumenauer mentioned in a speech shortly before pulling the amendment from the bill, “I have been working in this Congress to extend [medical cannabis access] to our veterans who, if anything, need medical marijuana more than any other category of our citizens. We lost 7,000 people to the wars in Afghanistan and Iraq, but we’ve lost 100,000 of those veterans to suicides and opioid overdoses. The VA, I’m afraid, has not been as helpful as it should be.”

How Could Cannabis Help Military Vets?

Eric Goepel is the CEO and founder of Veterans Cannabis Coalition, a pro-cannabis advocacy group. As he told Forbes, “More than two million veterans report using cannabis to treat their service-connected injuries according to surveys; anecdotally, hundreds of veterans have publicly testified that cannabis access has saved their lives after being driven to near-suicide under a pharmaceutical load of dozens of pills a day.”

Chronic pain is a big issue for veterans, one that medical cannabis can probably help with (it’s the most common reason why civilians are prescribed medical cannabis) and one that opioids have proven especially deadly in treating. According to the NIH, 65.6 percent of veterans report pain, with 9.1 percent suffering severe pain, the prevalence of which is 40 percent greater in veterans than non-veterans. A study of the 2004–2005 period when opioid prescription spiked for veterans found that veterans receiving the highest doses of opioid painkillers were twice as likely as the rest of the population to die from an opioid overdose.

PTSD affects between 11 and 30 percent of veterans who took part in overseas conflicts, and correlates with an 80 percent increase in suicide risk. The VA opposes the use of medical cannabis for PTSD on the grounds that it hasn’t been extensively studied — but the first clinical trial of cannabis use in U.S. veterans was only approved by the FDA in 2011 and concluded this year.

“The bottom line is that cannabis prohibition is killing veterans,” Goepel told Forbes, “through the stigma that prevents veterans from exploring cannabis as an alternative, through denying the medical value of cannabis and blocking research, and through criminalizing basic self-care. We need more than empty rhetoric — we need action now.”