Meet the Cannabis CEOs Who Are Giving Back to Their Communities 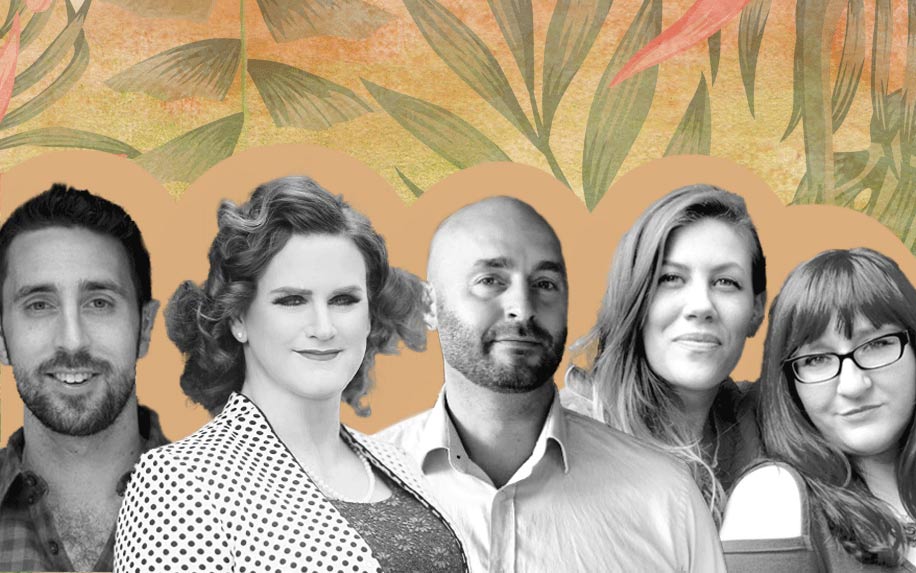 Left to Right: Jake Heimark, Renee Gagnon, Michael Ray, Lisa A. Snyder and Samantha Montanaro are cannabis CEOs who are trying to use their platforms for social good. Image Credit: By cannabisMD.

The rapid growth of the cannabis industry has been accompanied by concerns about its social and environmental impact. For an industry that often bills itself as “progressive” and “people-focused,” these are major issues that need to be resolved — and for some cannabis brands (and their CEOs), they also present opportunities to stick out in a crowded market by showing consumers they care about objectives other than pure profit.

This isn’t just a matter of morals, as one might expect. According to a 2017 study from Sprout Social, socially-conscious cannabis businesses could have a major edge in attracting — and retaining — a loyal customer base. In a survey of over 1,000 U.S. consumers between the ages of 18-65, 59 percent of respondents said it was “important for CEOs to engage with consumers and followers on social and political issues on social media.” This aligns with earlier research, such as the 2015 Cone Communications/Ebiquity Global Corporate Social Responsibility (CSR) Study that found 80 percent of respondents would be willing to buy a product from an unknown brand, so long as it had a clear commitment to social and environmental responsibility.

The cannabis industry certainly has much to prove in both of those areas. Rep. Barbara Lee (D-CA), the first woman of color to chair the Congressional Cannabis Caucus, has been outspoken on the issue of diversity in cannabis — which is so far sorely lacking. Earlier this year, she introduced the RESPECT Resolution to Congress, which would make it easier for people of color to access the nation’s medical and recreational cannabis systems (both as consumers and entrepreneurs, regardless of any prior convictions for non-violent cannabis offenses) and pour tax money back into communities that have been devastated by the War on Drugs.

As she told Rolling Stone, “[Marijuana] has really been a driving force for mass incarceration. So we’re looking at ways to begin to unravel this and bring some justice to these people who deserve justice.”

The growing environmental impact of the cannabis industry has also been cause for concern. Thanks to laws that require extensive (some would say superfluous) safety packaging and the growing popularity of disposable vape pens and other single-use cannabis products, cannabis businesses are now generating an enormous amount of waste — in 2018, the Washington Post unveiled just how damaging the industry had been to the environment of Washington state, with excess packaging littering the state’s streets and beaches and runoff from grow operations threatening to choke the state’s waterways.

There are exceptions to every rule, though, and a number of cannabis company CEOs have made a concerted effort to give back to their communities (and to be seen while doing so). Here are a few of the most notable examples.

How Cannabis CEOs Are Helping Those In Need

Jake Heimark of PLUS Products 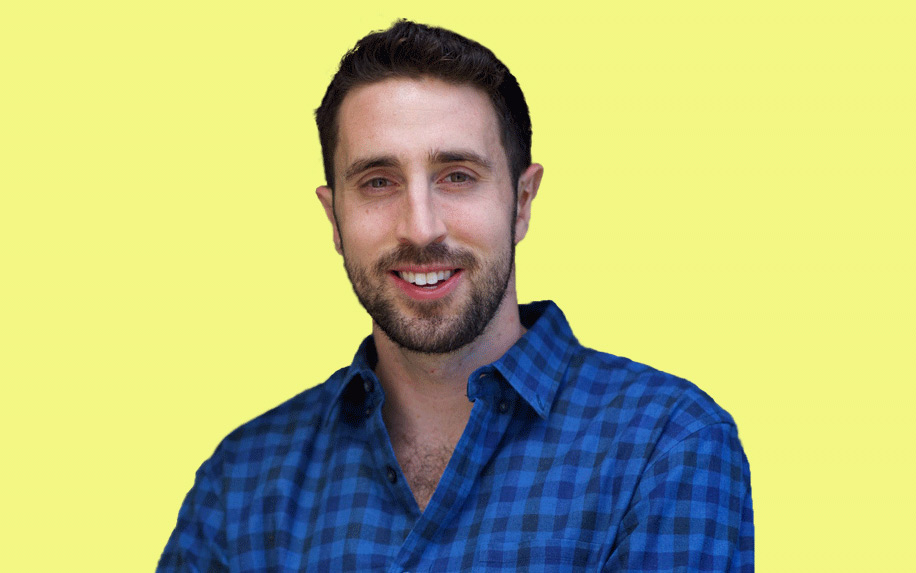 Heimark, 31, is a former tech exec who co-founded the San Mateo, California-based PLUS Products back in 2015. In the ensuing four years, he’s helped build the company into one of the state’s top-selling edibles brands, according to BDS Analytics (the PLUS “Uplift” and “Restore” gummies are the #1 and #2 best-selling edible products in California). Now he’s using some of that success to give back to marginalized communities around California.

To wit: To celebrate Pride month earlier this summer, PLUS created a special, limited-edition product — its Rainbow Sorbet Gummies — with altruism in mind. For each unit sold, the company donated $1 to the San Francisco LGBT Center, with the final donation equalling nearly $61,000. The brand said on their website that the move was a part of an ongoing “commitment to strengthening and supporting communities.”

“Our company was honored to have the opportunity to work with the SF LGBT Center this year,” said Heimark. “We care deeply about being a truly engaged partner and look forward to finding more opportunities to work together in the future.”

Lisa A. Snyder and Samantha Montanaro of Tokeativity 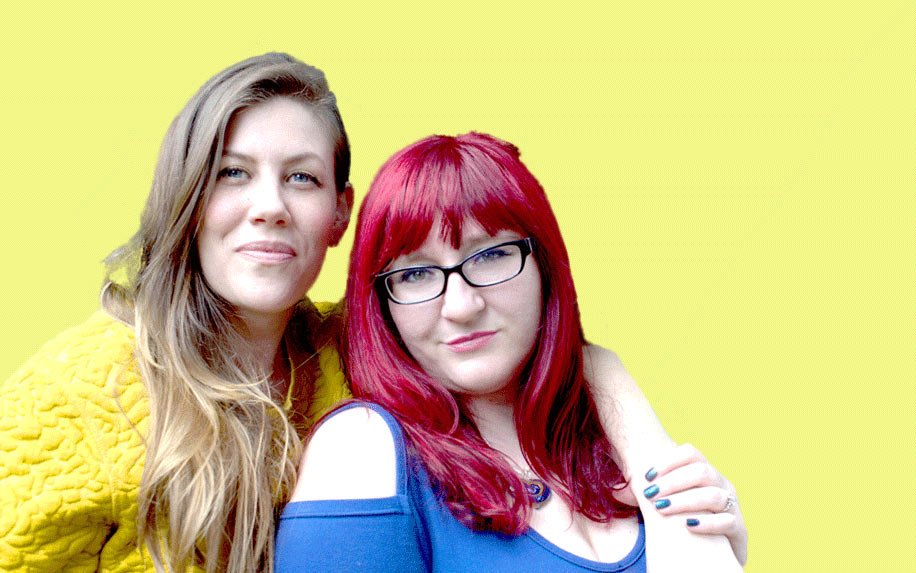 Billed as “the Global Cannabis Community for Women,” this Portland, Oregon-based company holds female-focused cannabis events across America, bringing together women of diverse backgrounds to “connect, learn, and create” all things cannabis-related. Founded by Snyder and Montanaro in 2017, the company now has chapters in eight cities around the world, and aims to add a healthy dose of feminism to the male-dominated cannabis world.

Snyder, a media veteran with experience at companies like MTV and Magnet Media, met Montanaro, who’d previously worked in the cannabis events business, through the cannabis community in Portland — and quickly realized there were few spaces or resources for cannabis-curious women. So, the two decided to take matters into their own hands.

As Snyder told Her Canna Life, “I am obsessed with removing barriers for women of all kinds, helping women find their inner freedom, and being an activist in the consumption movement. I have seen first hand that the work we are doing is liberating women, and my number one priority is supporting women’s liberation.”

The company’s charitable work includes donations to social activism organizations like the ACLU and Planned Parenthood, as well as environmentally-oriented projects like Friends of the Columbia Gorge, which aims to keep the massive canyon (which has been designated a National Scenic Area) in pristine condition. 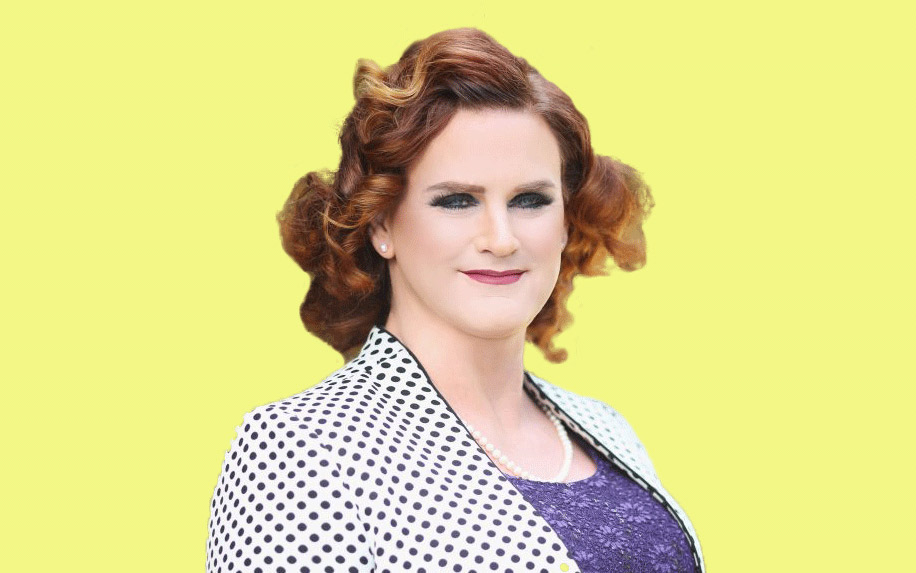 Gagnon, 51, had worked in the tech industry for two decades (doing what she described as “boring IT stuff,” in an interview with Lift) before coming out as trans in 2015 and making the jump to cannabis. There, she saw a troubling trend. As she told Lift, “Cannabis was inclusive and diverse at first because the underground was inclusive and diverse … Over the past couple of years, as it’s become more corporately funded, we’ve seen a massive demographic change in the industry and it’s not good.”

As the first transgender CEO in the Canadian cannabis industry, Gagnon is now using her platform as CEO of HollyWeedNorth — a British Columbia, Canada-based enterprise that provides research, product development, and logistical services to cannabis companies — to campaign for greater inclusion in the industry’s C-suite.

“[Women] from all sorts of backgrounds and industries with incredible depth of knowledge are slammed into their respective glass ceilings … HollyWeed was my way of solving this problem. I went radical. 11 out of 18 executives of my company are women. I decided to use my privilege to create equity, by design.”

Gagnon has also sought to help the community at large by sponsoring The Saving Sophie Foundation, which provides educational and financial resources to families whose loved ones are battling cancer. 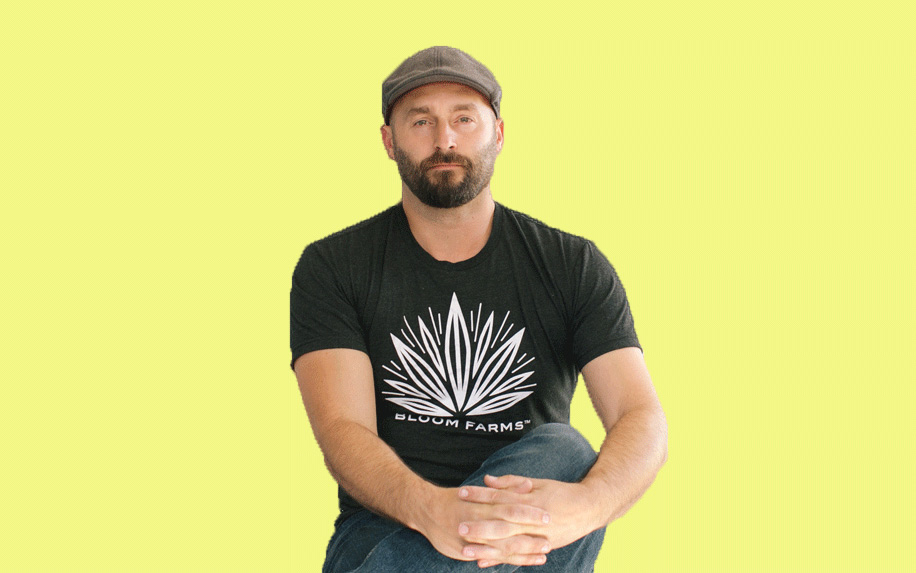 Ray, 39, founded the San Francisco, California-based Bloom Farms in 2014 after an up-and-down career that included stints as a Wall Street trader, the CEO of a transportation business, and even a period where he illegally grew cannabis with friends in the Bay Area. Today, he seems to have hit his stride.

Ray and his company might offer a line of CBD tinctures, vape pens, and cannabis flower, but they’re best known for their “1-for-1” program, which borrows from the model of companies like TOMS — for every product purchased, Bloom Farms donates a meal to local food banks. Since its inception, the program has donated over one million meals to people in need.

As Ray said in a statement, “Milestones like this go a long way to showing the impact cannabis companies can have and changing perceptions of the cannabis industry.”

The CEO also elaborated on his outlook in a lengthy interview with MG Magazine: “At our core, our mission is to improve the quality of life for all people. Whether it’s a child who goes to bed hungry at night or someone suffering from chronic pain, if we can improve their life just a little bit, then our mission is successful.”

In 2018, Bloom Farms committed to ensuring that at least 50 percent of its cannabis suppliers were owned or operated by women.